Google suddenly deletes the chat app 'Element' and then restores it 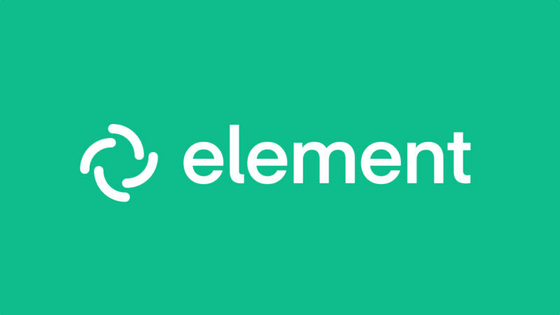 Element is a popular messaging app that has been featured by Android Police in Android media as the best open source chat app to replace Google Hangouts . Such an Element was suddenly deleted from Google Play without prior warning.

Element updated its official Twitter account on January 30, 2021, saying, 'Google has removed Element from Google Play without prior notice. We are currently working to find out what is happening. Annoying. I'm sorry for the inconvenience. '

Google have suspended Element in the Play Store without notifying us; we're reaching out to find out what's going on. Apologies for the inconvenience; in the interim there's https://t.co/aaZ9qXz69W but it's a few versions behind. We 'll post updates here.

Element was deleted from Google Play on January 29, 2021 at 21:35 local time, and at 23:18 on the same day, he sent a petition to Google asking for an explanation of the reason for the deletion. The Google Play policy group responded at 5:31 on the 30th, and it seems that it was explained that 'the app was deleted due to content that violates the terms of use.' In addition, in order to revive the app, he made 'necessary changes to the app' and was notified that 'the new app must be uploaded using the new package name and new app name'.

Element is a messaging app that can be used by hundreds of users exchanging messages on the Matrix server, so it doesn't control the content on the server. That's why he argued that Element shouldn't moderate content, citing the case of web browsers that don't censor content on the web.

Element then updated Twitter on January 31, 2021, saying, 'I got a call from Google's vice president,'The removal of the app was triggered by a report that there was abusive content on the Matrix.org server. Our team is acting on this report, and the app will be back soon. '

Update: we just got a call from a Google VP who explained the suspension was triggered by a report of extremely abusive content accessible on the https://t.co/g01j4u6O2e server. Our trust & safety team had already acted on it, and the app should be reinstated shortly.

Since then, Element is back on Google Play.