Dell notebook PC 'XPS 15' broke down, so I asked for on-site repair 'Keyboard and touchpad malfunction' occurred in the notebook PC '

Dell XPS 15 9570 ' purchased from the GIGAZINE editorial department in June 2018. The symptom gradually worsened, and I couldn't use it properly because I didn't respond when I pressed a key or when I entered a character that was completely different from the key I pressed. Since the symptom also appears on the BIOS screen, I decided that it was not an OS problem but a hardware problem, so I decided to ask Dell to repair it in January 2021.

You can check from the following movie that only some keys are responding even if you enter keys.


When I looked into requesting repairs, I found that 'shipping repairs' that send laptops to Dell take more than four weeks to complete. Fortunately, this laptop was subscribed to Dell's official support plan, ' Premium Support Plus, ' so it was possible to choose 'on-site repair,' which can be repaired in about a week. I needed to have it repaired as soon as possible, so I chose onsite repair and had an engineer come to repair it. 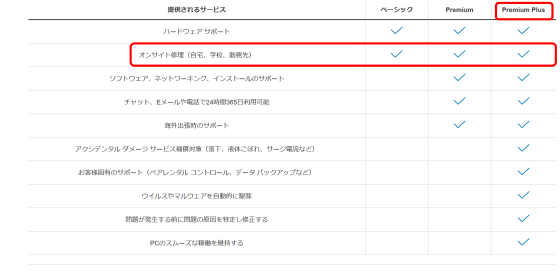 A Dell on-site engineer visited us in about a week. The engineer immediately investigated the condition of the notebook PC and confirmed that the problem actually occurred. The engineer then unfolded the red sheet and placed the laptop on it. The engineer then removes the screws on the back of the laptop. After removing the 10 visible screws around it, also remove the two screws inside the center lid. Then remove the battery. You will be able to access the motherboard by removing the battery. At this point, more than 40 screws have already been removed, but the engineer will proceed with the disassembly without recording the location of the screws. After removing all the exposed screws, the keyboard was removed. When you remove the panel on the keyboard side ... The display is now in a shape that remains. By proceeding to this point, the parts can finally be replaced. Replace with a new panel that was pre-shipped by Dell. If you look closely at the panel, you can see that the screws that hold the keyboard are placed unevenly, and that you can see some ideas for fixing the keyboard efficiently. After replacing the parts, assemble in the reverse order of disassembly. Replace the heat insulating sheet with a new one. If everything is assembled as before ... Check the operation from the BIOS etc. and scan the hardware, and the work is completed. The keyboard and touchpad bugs have been completely resolved. It took about an hour to finish all the work. I was surprised that 'Is it necessary to disassemble so far to replace the keyboard and touchpad ...', and I was overwhelmed by the engineers who disassembled and assembled without looking at the manual.