The download version of Cyberpunk 2077 recorded sales of over 10 million units only in December 2020, which is the best start in history 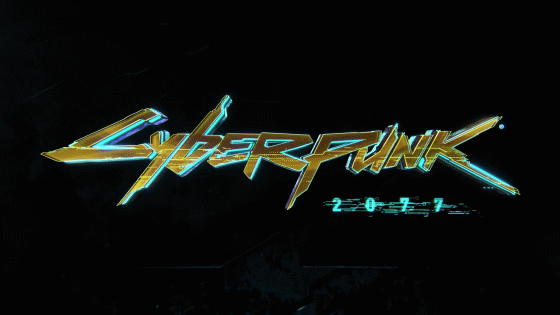 Cyberpunk 2077 ' released on December 10, 2020 has so many bugs that it will be refunded to purchasers of the home video game console version, and the developer CD Projekt RED Is a work with a lot of negative information, such as a class action proceeding . According to a survey by SuperData , Cyberpunk 2077 achieved sales of 10.2 million units in December 2020, the first month of its release.

The download sales game sales ranking in December 2020 reported by SuperData looks like this. Cyberpunk 2077 ranks first in the PC game category and third in the console game console (CONSOLE) category. 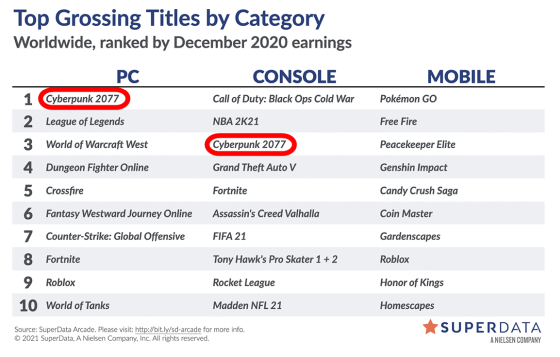 According to SuperData, Cyberpunk 2077 recorded about 10.2 million downloads in December 2020, the first month of its release, making it 'the highest number of download games ever sold in the first month of its release.' It will be. Sales of the entire PC game market in December 2020 increased by 40% compared to the same period of the previous year due to the impact of sales of Cyberpunk 2077.

The sales of 10.2 million units this time do not take into account the number of units returned due to the refund support given to users who purchased the home video game console version, but SuperData says, 'According to our survey. The refund support does not have a significant impact on the total sales of this game. '

'Cyberpunk 2077', a series of bugs and crashes, announced apology & refund support, due to defects in the first PS4 version and the first Xbox One version --GIGAZINE GamePost, a game-related media, said, 'Cyberpunk 2077 PlayStation 5 and Xbox Series X will be available at the earliest after late 2021, and multiplayer mode will be released after 2022. CD Projekt RED will release them. We need to keep users interested, 'he said , pointing out that the release of Cyberpunk 2077 was premature.

'Cyberpunk 2077 was released in a terrible state?' Revealed in an interview with the staff at the development site --GIGAZINE