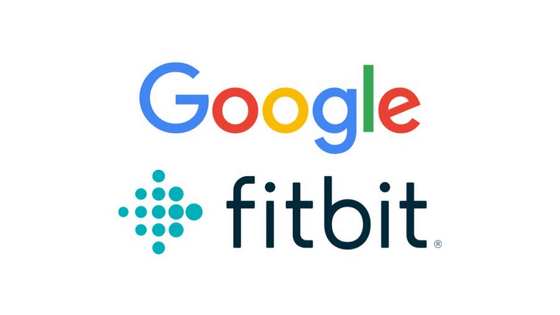 Fitbit, which sells fitness trackers and smartwatches that can measure the wearer's daily activity, announced on January 14, 2021 local time that 'the sale to Google has finally been completed.' ..

Fitbit was founded in 2007, and its initial goal was to 'make everyone in the world healthier.' Fitbit released its first fitness tracker in 2009, and has sold more than 120 million devices in more than 100 countries so far. By the time the article was written, the total number of steps measured by Fitbit's fitness tracker was over 275 trillion steps, the total sleep time was over 15 billion hours, and the number of active users exceeded 29 million.

Google announced the acquisition of Fitbit in November 2019. It was an acquisition for about $ 2.1 billion (about 230 billion yen at the rate at that time). However, the European Commission , the EU's policy enforcement agency, said of Google's acquisition of Fitbit: 'Google's business practices over the last decade suggest, to be precise,'monetize global data.'' He pointed out that Google's access to the data that Fitbit collects could increase its monopoly and accelerate consumer exploitation.

In response, Google told Android OEMs that it wouldn't use user health data collected from Fitbit devices for advertising, and that it would cover the core features needed to interoperate with Fitbit with Android smartphones. We promise to 'provide a free license' and 'open-source the source code for the API that covers the core functionality needed for interoperability with Fitbit competitors.'

As a result, in December 2020, the European Commission approved Google's acquisition of Fitbit. In addition, on January 14, 2021 Japan time, the Japan Fair Trade Commission also approved the acquisition of Fitbit by Google.

After approval by national regulators such as the European Commission and the Fair Trade Commission, Google and Fitbit have announced the completion of the acquisition. Fitbit CEO James Park said, 'Until now, we've pushed the limits of wrist-worn devices by creating pioneering ways to measure steps, heart rate, sleep time, stress, and more with our own strength. But we've pushed it forward, but now that we're able to take advantage of Google's amazing resources, knowledge, and global platform, Fitbit's possibilities are truly endless. '

'There's no doubt that this acquisition will create even more opportunities,' said Park, who said that much of what Fitbit has cultivated and user support remains unchanged. is. Fitbit was acquired by Google, but it will continue to enhance services compatible with both Android and iOS.

In addition, since the acquisition by Google, Fitbit is committed to maintaining strong data privacy and security protection, user control of personal data, and transparency about what data we collect and why. Google will continue to protect the privacy of Fitbit users as it works in response to the directives of global regulators. Fitbit user health and wellness data will not be used in Google advertising and will not be integrated with other Google advertising data. Google will also allow Fitbit users to continue to connect to third-party services. In other words, you can use your favorite health care app by connecting to your Fitbit account as before.

Summarizing these Google responses, Fitbit said, 'I hope you understand that Google is an ideal partner.'