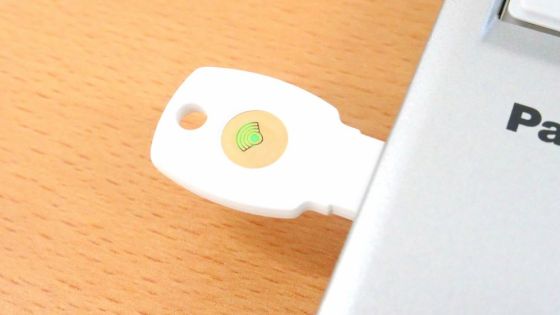 A Side Journey to Titan
(PDF file) https://ninjalab.io/wp-content/uploads/2021/01/a_side_journey_to_titan.pdf When disassembling the Titan security key with NFC function, it looks like this, and it is the 'NXP A7005' chip in the image that generates and saves the private key. 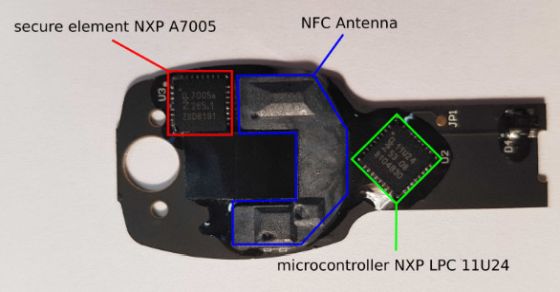 NinjaLab disassembled the Titan security key it obtained and performed a physical analysis. It seems that products with characteristics similar to NXP A7005, such as NXP's 'J3D081_M59_DF', were very useful for analysis, and Ninja Lab named the product group with characteristics similar to NXP A7005 'Rhea', and the code of Rhea. He said that he proceeded with research on the conversion process. The analysis was performed by exposing the die of the chip with chemicals and measuring electromagnetic radiation, as shown in the image below. The waveform of Rhea's electromagnetic radiation is as follows. Since these waveforms contain secret key information, they succeeded in restoring Rhea's secret key by acquiring 4000 types of samples and analyzing them by machine learning. NinjaLab reports that this analysis method also worked for Titan security keys. 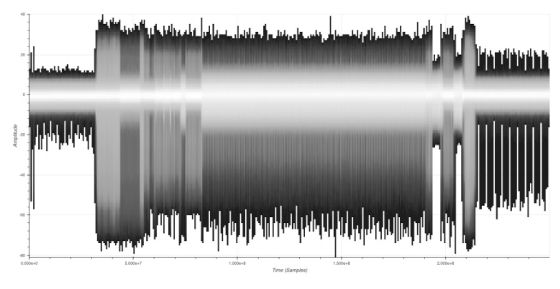