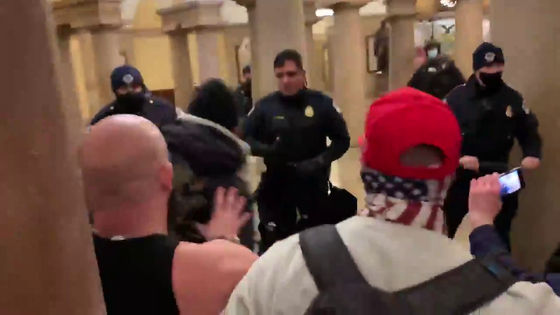 A demonstrator by Donald Trump's supporters broke through security and invaded the building of the Capitol, where a joint session of the Senate and Senate was held to finalize the outcome of the U.S. presidential election. .. In the turmoil of the suspension of deliberations, a woman in the demonstrators was shot and treated, but died.

Independent journalist Taylor Hansen said he was right next to the woman who was shot, and tweeted the footage right after the shooting. The footage shows the shot woman bleeding.

A young woman was just shot in the neck right besides me in the Capitol Building pic.twitter.com/hLQo4IP8J1

The footage begins with a confused situation immediately after the woman was shot. 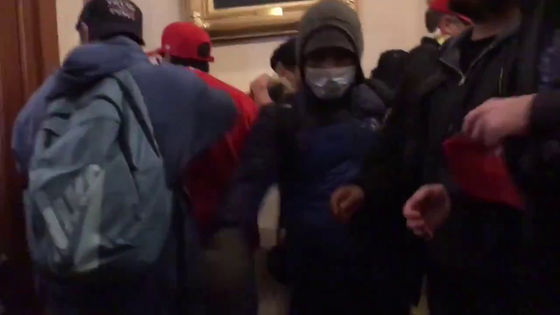 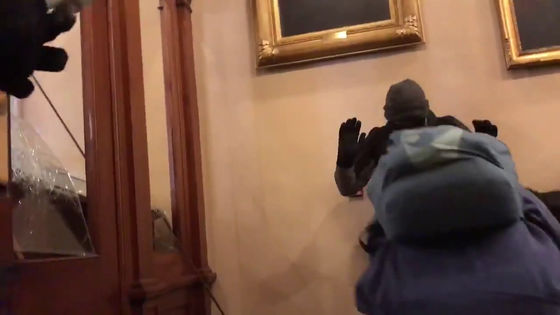 It is believed that it was a police officer of the United States Capitol Police who shot it. There is a glimpse of a person with a gun, but it is unknown if this person shot. 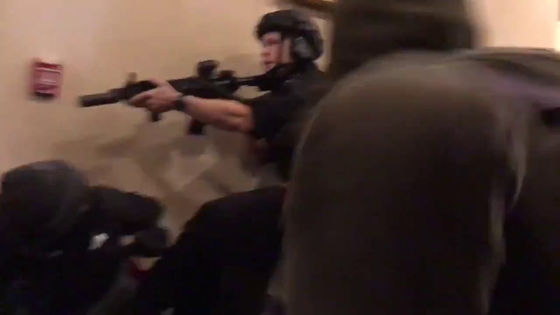 Elijah Shepher, a reporter for the news site The Blaze, reports on the demonstrators being in conflict with security personnel inside the Capitol.

BREAKING: revolution in process as Trump supporters break into the Capitol building, attacking police, breaking windows, and knocking down doors

The people have pushed through & are storming to main chambers

The footage shows a group wearing the Star-Spangled Banner and a red hat ramming a security officer with a baton. 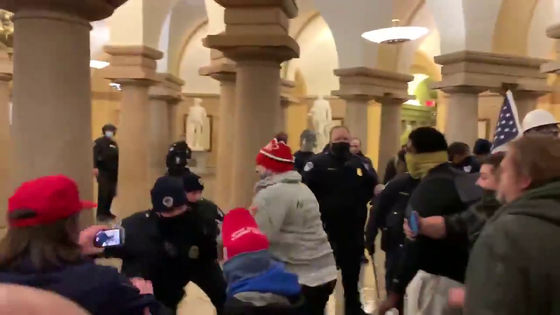 At one point, a banner called 'TRUMP' was hung on the outer wall of the Capitol.

Initially, President Trump called on his supporters to 'go to the Capitol,' but tweeted a video calling on people to go home when the turmoil broke out. However, this homecoming tweet etc. was hidden by Twitter. Twitter reports that it has deleted three tweets due to repeated serious violations of its ' Policies for Inhibiting Civil Activity .'

As a result of the unprecedented and ongoing violent situation in Washington, DC, we have required the removal of three @realDonaldTrump Tweets that were posted earlier today for repeated and severe violations of our Civic Integrity policy. Https://t.co/k6OkjNG3bM