History of vanilla cultivation, the second most expensive spice in the world 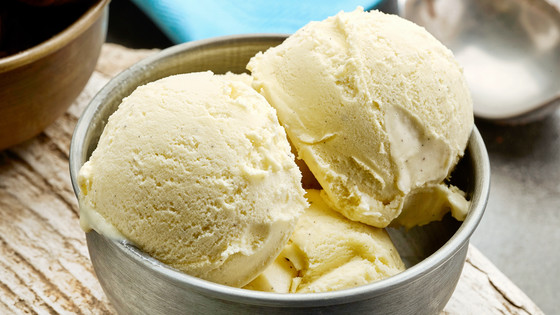 vanilla ', which is the raw material for vanilla essence and vanilla beans, which are indispensable for Western confectionery such as ice cream and pudding, is more expensive than silver of the same weight, and is known as the second most expensive spice in the world after saffron. I am. Most of the natural vanilla on the market at the time of writing is produced in Madagascar , an island country in eastern Africa, rather than in Central America, where it originated. Atlas Obscura, who explains various things around the world, explains why Madagascar has become the world's largest producer of vanilla.

How Did Madagascar Become the World's Biggest Producer of Vanilla? --Gastro Obscura
https://www.atlasobscura.com/articles/madagascar-vanilla

Vanilla is a vine of the genus Vanilla of the Orchidaceae family that grows in hot and humid areas in low latitudes such as Central America, Southeast Asia, and West Africa. The fruits of vanilla, an evergreen plant, are long and slender, and fermented and dried fruits are used as spices. The black grains in vanilla ice cream are the innumerable black seeds contained in this fruit. According to Patricia Rein, one of the world's leading spice experts, who is so familiar with vanilla that she is called the 'queen of vanilla,' there are hundreds of vanilla buddies around the world, but they have a wild, vanilla-specific scent. It is said that the only species it has are those native to Central America. And it seems that this vanilla native to Central America is very difficult to cultivate.

One of the reasons why cultivation is difficult is that the pollination mechanism has not been clarified. Vanilla flowers bloom for only a few hours, and one theory suggests that hummingbirds and hummingbirds inhabiting Central America may be involved in pollination, but the details are unknown. Therefore, although the demand for vanilla is very high, human beings have been forced to collect fruits from vanilla that grows naturally in southeastern Mexico.

Also, even if the collected fruits are used as they are, the sweet scent peculiar to vanilla cannot be obtained. Vanillin , which is the main component of the scent of vanilla, is synthesized by boiling vanilla fruits, roasting them, and drying them with fats and oils until they turn black, so it takes a lot of time and effort to process vanilla. As a result, vanilla is very limited in supply to demand and is expensive. Vanilla was originally used by indigenous peoples around Mexico, such as the Aztecs and Totonacs , for religious ceremonies and for scenting chocolate drinks.

However, when Spain conquered Central America in the 16th century, it was brought to Europe with chocolate, peppers and tomatoes. And when combined with colonial sugar, vanilla-based sweets for the upper class, such as vanilla ice cream and creme brulee, were invented, and demand for vanilla increased significantly.

As mentioned earlier, vanilla is a very difficult plant to cultivate. As a result, vanilla in Europe was completely monopolized by Spain, which controls Central America. Therefore, from around the 19th century, European countries other than Spain tried to grow vanilla in the colonies of Southeast Asia and Africa.

Among them, Madagascar, which was a French territory, had a climate suitable for growing vanilla. Vanilla grows in a hot and humid environment, but it needs to be dry until the flowers open and pollinate, so despite being hot and humid, Madagascar's dry season comes about twice a year for several months. The climate was perfect for growing vanilla. Even so, at the beginning, pollination of vanilla was left to nature, and it was difficult to obtain fruits.

It was in 1841 that the artificial cultivation of vanilla, which seemed impossible, was successful on the French island of Bourbon (now Reunion ) off the coast of Madagascar. A slave, 12-year-old Edmond Albius, who had a deep knowledge of plants, was hired by botanist Ferreol Berrier-Bomont as an assistant to learn botany and horticultural techniques. At that time, Bomon brought vanilla stock to Bourbon Island in an attempt to grow vanilla. Vanilla flowers are hermaphroditic, and one flower has stamens and pistils. In other words, self-pollination is theoretically possible, but for some reason a thin film is stretched between the stamens and pistils of vanilla, making it impossible to self-pollinate. So Albius lifted this membrane with a pin and artificially pollinated it. As a result, as Albius expected, the vanilla that Bomon had grown for 20 years and never had fruit was fruitful. At this time, the artificial pollination method for vanilla was established for the first time in human history. The artificial pollination method discovered by Albius has led to the large-scale production of vanilla by plantations in Madagascar, which was the same French territory as Bourbon Island. In particular, vanilla from Bourbon Island was called Bourbon vanilla and produced huge wealth, but Albius, who was a slave, was involved in a lawsuit and was not paid, and was released from slavery in 1848 when slaves became illegal. However, he died in poverty in 1880.

Bourbon vanilla was not of higher quality than its native Mexican vanilla. However, Mexico was in a state of civil war for decades after the Mexican Revolution that broke out in 1910, and around 1914 all vanilla farms in Mexico were closed. Furthermore, in 1932, a large oil field was excavated in the immediate vicinity of the city of Papantla, which was the center of vanilla production in Mexico, and the oil industry became more important. In addition, large-scale deforestation in Mexico has changed the hot and humid climate, making it difficult for vanilla to grow. In this way, Mexico's vanilla agriculture was hit hard, and Madagascar became the world's largest producer of vanilla.

The synthesis of vanillin, which produces the scent of vanilla, has been studied since the 19th century, and it is now possible to synthesize it industrially. 99% of the vanilla fragrances on the market come from synthetic vanillin, which is less than one-twentieth the price of natural vanilla .