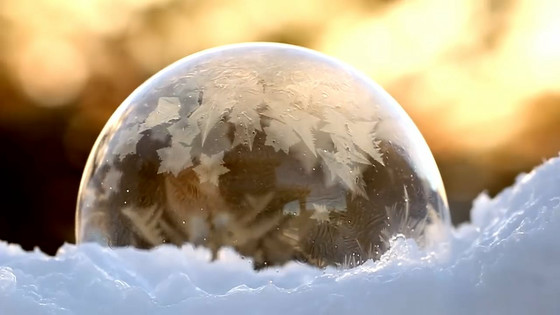 Virginia Tech has announced how soap bubbles will freeze.

A research team led by Associate Professor Jonathan Boriko of Virginia Tech's Faculty of Mechanical Engineering said he was wondering why the ice crystals floating around the soap bubbles were floating when he saw the movie where the soap bubbles freeze. .. The following movie is a picture of a soap bubble freezing.


When you blow soap bubbles on the snow ... A vortex winds over the soap bubble film, and you can see ice fragments shaped like stars flying in the vortex. Ice grows like fern leaves from the lower hemisphere ... If you think the whole soap bubble is covered with ice ... 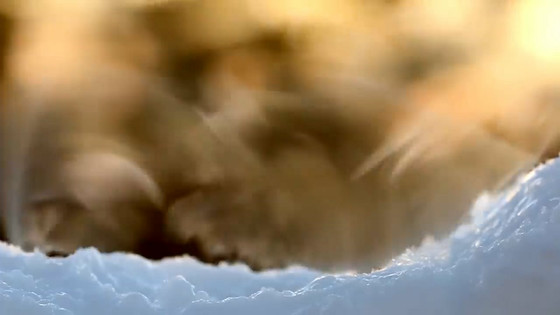 And you can see the state of the experiment that Associate Professor Boriko actually frozen the soap bubbles from the following movie. 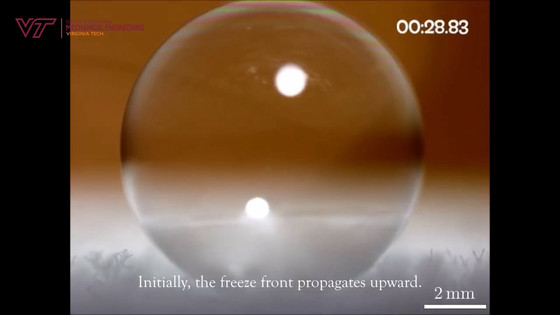 The boundary between ice and liquid that rises with wrinkles is called the 'freezing front.' 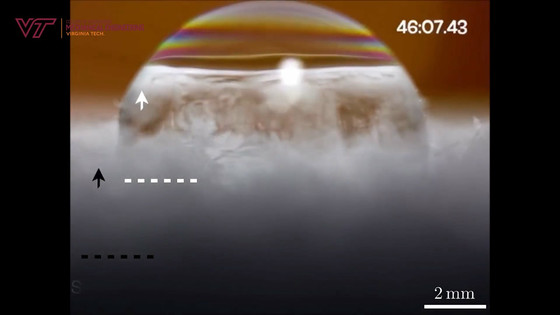 And before the whole thing froze, the upper third collapsed and sank like a deflation. 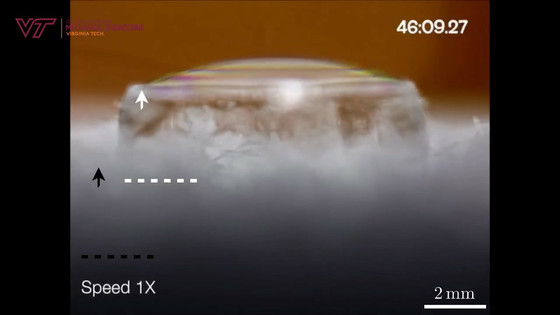 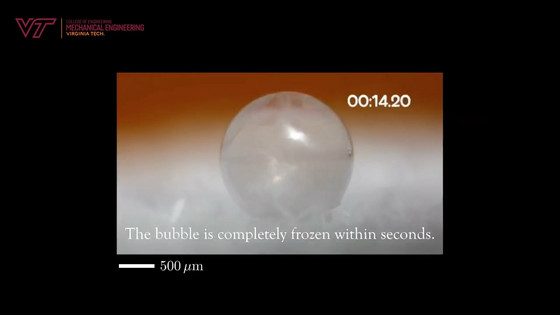 Marangoni convection , which causes the liquid to move to reduce the surface tension around it. 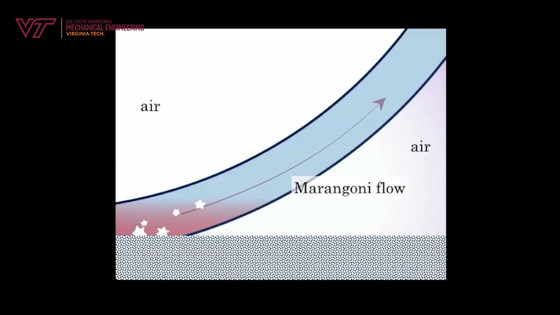 Therefore, when you capture the appearance until it freezes, the frozen front does not gradually advance, but the frozen part flows over the soap bubble film ... 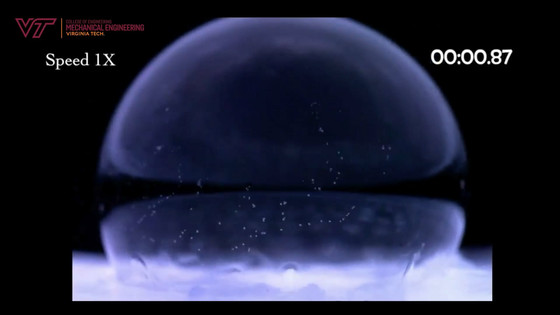 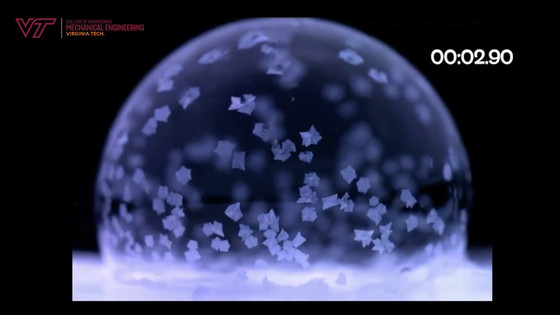 It looks like the ice wraps around the entire soap bubble. The reason why the frozen soap bubbles broke in the first movie is thought to be that the surface tension is reduced by the Marangoni convection. 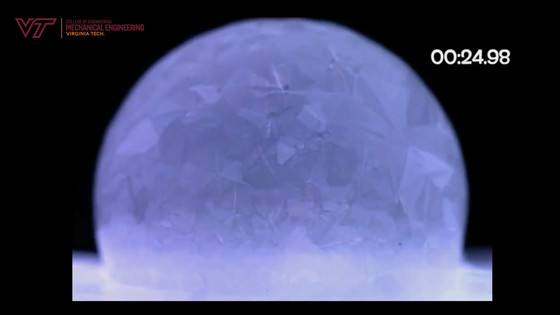 Associate Professor Boriko said, 'In the past, it was thought that how fast a freezing front grew would determine how long the object would freeze. However, Marangoni convection created hundreds of freezing fronts at the same time. That's why. ' It became clear that instead of slowly freezing, the whole thing would freeze at once.