Kubernetes, a container orchestration tool, is an infrastructure technology that makes the resources of multiple servers available together. Kubernetes manages containers in units called ' pods ', and the containers in the pods share storage and IP addresses. ' Kube DOOM ' is a chaos engineering tool that can forcibly terminate such a pod by defeating the enemy of the world-famous first-person shooter ' DOOM ' and discover system vulnerabilities.

Below is a movie that defeats the enemy character 'Daemon' in DOOM and forcibly terminates the Kubernetes pod.


In order to experience Kube DOOM easily, we will set up ' Kind ' that allows you to build a Kubernetes cluster in your local environment. Docker and kubectl are required to use Kind, so execute the following command to install the necessary software. This time, Ubuntu 20.04 is used as the OS.

Then download the Kind binary and place it where you can run the command.

After that, you can connect to 'localhost: 5900' using VNC . This time I'm using Remmina as the VNC client. 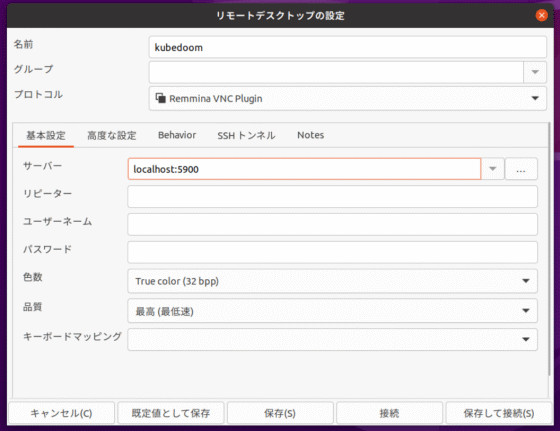 The password required to connect is 'id be hold', which is one of DOOM's cheat codes. 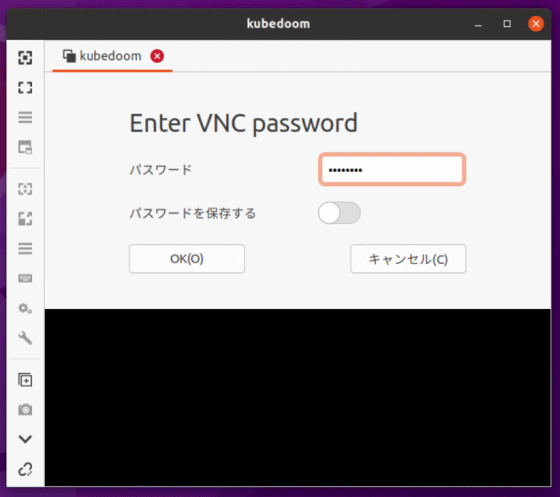 When I connected to the VNC server, the DOOM screen was displayed. For keyboard operations, use the 'CTRL' key to shoot and the cross key to move. There is an enemy on the left side when facing the opening, so ... I will defeat it for the time being. Get armor that reduces damage and shotguns that can be used as weapons. As you can see, the game itself is the same as regular DOOM released in 1993. However, when I move to the right side of the stage ... A strange sight appears where the demon is assigned the name of the pod. This daemon supports pods on Kubernetes, and if you kill the daemon, the pods can also be forcibly terminated. The pod information at the top is displayed by 'watch -n 1 kubectl get pod -A'. 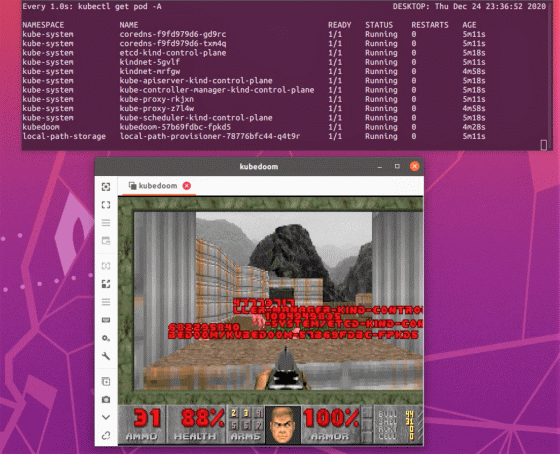 So, I will defeat the demon at once. 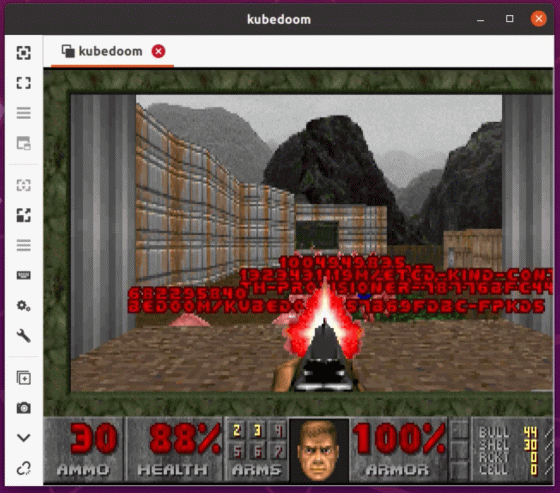 After shooting a gun for a while, one pod ended. Apparently I was able to defeat one demon. However, the pod will soon be recreated, so the daemon will be resurrected. If you defeat the daemon that corresponds to the 'kubedoom' pod, the VNC connection will be interrupted and the game will be forcibly terminated. In this way, you can use Kube DOOM to check your cluster for vulnerabilities. The game itself is exactly the same as normal DOOM, so enter the cheat code 'idspispopd' and turn on 'NO CLIPPING MODE' ... It is also possible to forcibly terminate the pod by directly confronting the demon that slips through objects such as walls. You can also use the rocket launcher to crush demons and kill pods.