How do scientists identify the 'bad' spices and herbs that are essential to cooking? A variety of spices and herbs may be needed to make delicious dishes such as cinnamon, mint, sage, nutmeg and bay leaf. Food safety experts Professor Chris Elliott and Dr. Simon Housey of Queen's University explain how to scientifically identify inferior spices and herbs that are bulky with impure 'mixtures.'

Are your Christmas spices fake? We developed a technique that can find out

It is the 'price' that makes it easy for spices and herbs to be sold as inferior products with a mixture. The most expensive spices, such as vanilla and saffron, are traded almost equivalent to silver and gold, and can be mixed to raise costs and make a fortune. The problem with these mixes is not just that they taste bad. Many of the mixtures are colored with industrial dyes, so the poisons contained in the industrial dyes can be harmful to your health. 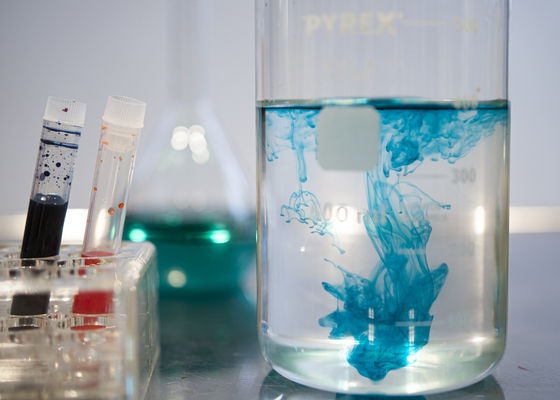 Professor Elliott, vice president of Queens University and founder of the Global Food Safety Research Institute, and Dr. Howsey, an expert in

metric chemistry and spectroscopy , radiate, absorb, and scatter light from objects to spot these mixtures. We are conducting research to analyze spices by ' molecular spectroscopy ', which acquires various information such as the shape and structure of molecules by measuring and analyzing the spectrum of. By applying statistical methods to the oregano's scientific fingerprints obtained by analytical spectroscopy, Elliott and colleagues have built a system that scans the oregano for inclusions within seconds.

An analysis of oregano actually purchased from British retailers and online distributors in 2016 using the system revealed that approximately 25% of the oregano contains a mixture of olive leaves and myrtle leaves. Turned out. This research attracted a great deal of attention, and many samples were sent to Professor Elliott and others from all over the world asking them to 'examine oregano.' Analysis of this sample also revealed that the contamination rate of the mixture exceeded 50% in South Africa and Australia. The news was so shocking that there were calls around the world to eradicate food fraud. Later, at some point, only one of the 20 samples had a mixture of spices sold in the UK market, Professor Elliott said, 'Our research shows that it's much better. Quality control is now being carried out. '

However, it turns out that the mixture problem will reoccur in 2020. Approximately a quarter of the sage sold in the UK as 'Christmas spices' from August to September 2020

According to Professor Elliott and others, it was small retailers and major online shops that sold inferior goods, and the sage of major retailers was 100% genuine. Following a series of results, Professor Elliott and his colleagues established a food certification laboratory called BIA Analytical . As the latest product of BIA Analytical, he said that he has developed a new small food scanner that can send test results to smartphones, 'The battle with fraudsters is not over yet.'