The increase in 'online hate' that children touch during a pandemic, what is the impact on children? 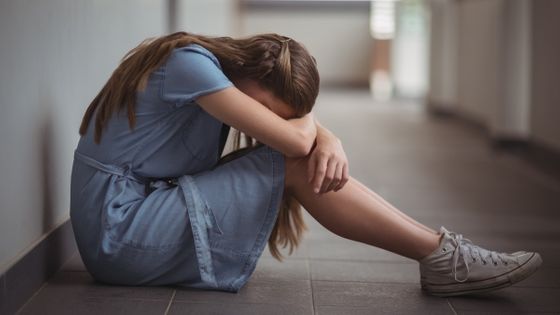 looking at the screens of their PCs and smartphones. I am . Meanwhile, Joanne Orlando, who studies the relationship between children and technology at Western Sydney University , said, 'The number of'hates on the Internet'that children see during a pandemic has increased,' and explains the impact. ..

Young people are exposed to more hate online during COVID. And it risks their health
https://theconversation.com/young-people-are-exposed-to-more-hate-online-during-covid-and-it-risks-their-health-148107 Even during a pandemic with restricted outings, children were able to stay in touch with friends using social media, messaging apps, chat, and online games. However, during the pandemic, hate such as ranting against celebrities online and discrimination against specific races increased, and children are seeing more hate remarks online than before.

Hate speech is the identity-based attack or denial of existence against an individual or a group based on race or religion. The type of hate speech is not limited to textual discrimination, but images and symbols are also used as weapons to appeal to hate.

In recent years, there has also been a move to code hate speech claims. For example, in

TikTok , where neo-Nazi and white supremacist movies are popular , the word ' 14 Words ' is used as a slang word to appeal to white supremacism. This is a 14-word white supremacist, 'We must secure the existence of our people and a future for white children.' It is said that it represents the slogan of. Even if children don't claim hate on their own, they can be discriminated against by someone or witness others making hate speech online. L1ght , which provides a filtering system using artificial intelligence, can see how hate speech and harassment changed online during the pandemic, so millions of websites, chat sites for children and teenagers, games We analyzed the remarks and exchanges on the site.

As a result of the survey, L1ght found a tendency that 'hate speech increased by 70% during the pandemic among children and teenagers' and 'harmful remarks increased by 40% on the platform for gamers during the pandemic' It states that it did. In the graph below, the vertical axis shows the amount of hate speech seen among children and teenagers, and the horizontal axis shows the time, and it can be seen that hate has increased rapidly since January 2020, when the pandemic occurred. 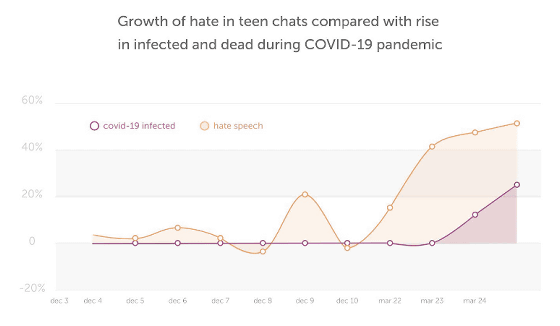 Of particular note, Orlando points out that hate is increasing during a pandemic on TikTok, which has hundreds of millions of users. Researchers have pointed out that since early 2020 there has been an increase in far-right content on TikTok, including ideologies such as fascism, racism, anti-Semitism, anti-immigration, and exclusion of foreigners, and many children and teens. Agers are exposed to these hate during the volatile period of pandemic.

In recent years, when racial, religion, and regional conflicts have become more serious, discriminatory remarks have been increasingly introduced into offline and online interactions. Orlando pointed out that this situation could replace empathy for others with contempt and hate speech to connect with others.

There is also the danger that simply seeing hate online on a daily basis can make you 'insensitive to malicious language.' The more children see hate speech, the less upset they are and the less interested they are in the statements that hurt someone. In addition, they consider malicious remarks as jokes, underestimate the effects of hate speech, and link hate speech to 'free speech.'

Facebook and TikTok have expanded their guidelines for regulating hate speech, but not all hate speech can be regulated. The small penalties and risks associated with hate speech online allow children to learn bad remarks and behaviors online and accept hate speech communication, Orlando said. 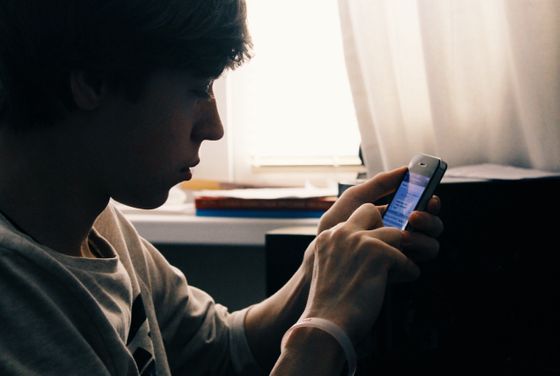 Increased hate on social media is psychologically harmful to many involved, causing depression and fatigue in the short term. Long-term hate speech may have adverse effects such as depression, anxiety, stress illness, and increased risk of cognitive impairment until adulthood.

'Unfortunately, hate cannot be eradicated online,' said Orlando, who explains why dissatisfied people post hate speech and how hate speech can be dealt with by children and teenagers. He pointed out that it is important to understand the strategy to spread. The more you understand the motivation and structure of hate speech, the better you can control and be less affected by your environment, Orlando said.