A company that was charged 7.5 million yen by Google for just one day's use of the free plan is on the verge of bankruptcy 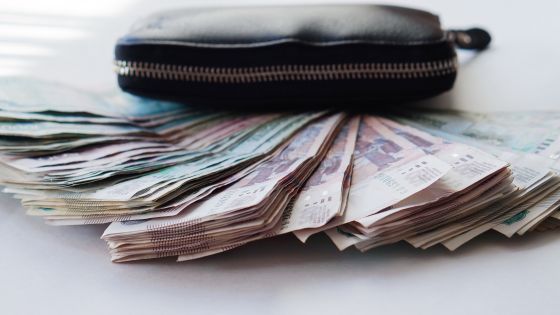 Cloud services that make it easy to build websites and applications are convenient, but their billing system is very complex. Some services are pay-as-you-go services that charge according to the amount of communication and computing resources used, while others can be used free of charge if the conditions are met. The founder of a venture company has posted on his blog that he intended to use such a free cloud service plan, but was charged $ 72,000 (about 7.5 million yen) and was forced to go bankrupt.

Sudeep Chauhan, the representative of Silicon Valley's IT venture ' Milkie Way ', said that he started developing a service called ' Announce ' in November 2019 that allows you to check news and events at your current location. Test development was carried out using the mobile application development platform ' Firebase ' as a database and ' Google Cloud Run ' that can execute code without the need for a server.

I set a budget of 7 dollars (about 730 yen) for Google Cloud, and Firebase was using a free plan, but the day after I started using it, Firebase said, 'My account was upgraded by Google Cloud activity.' I heard that I received an email to that effect. 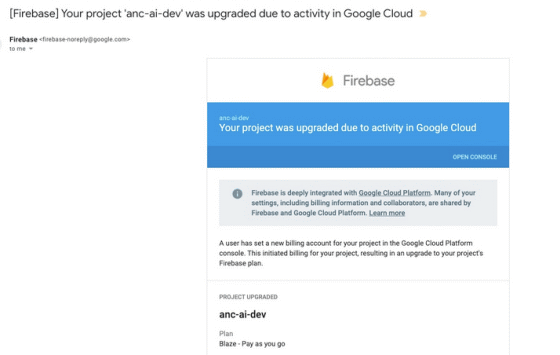 When checking the usage status of Google Cloud, it turned out that the charge has reached 5,000 dollars (520,000 yen) instead of the budget limit of 7 dollars. I also received an email from Google saying 'Payment has not been completed because the credit card usage limit has been reached.' In addition, the usage amount continued to increase every minute, and it was said that it had risen to $ 72,000 two hours after checking the email. 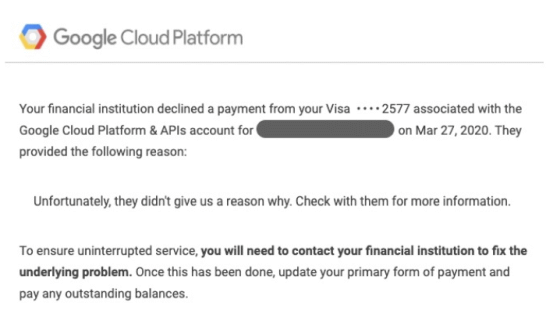 All Google Cloud projects were tied to a single credit card, so all Milkie Way projects were killed. While investigating what happened overnight with team members, Chauhan said he sent a consultation email to his law firm saying, 'I can't pay $ 72,000.' At this point, Chauhan said he was ready for bankruptcy. 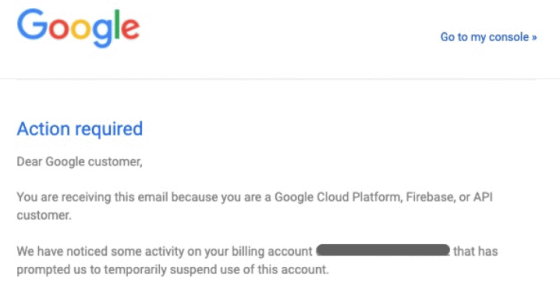 As I read through the Google Cloud documentation, I found that 'Google Cloud Platform (GCP) automatically upgrades Firebase's pricing plans,' Chauhan explained. Furthermore, since the billing is reflected on the next day, the usage fee for the day can not be limited even if you set a budget, and the dashboard of Firebase is also updated with a delay of 24 hours, so you can not check the usage status in real time. It seems that it became clear. 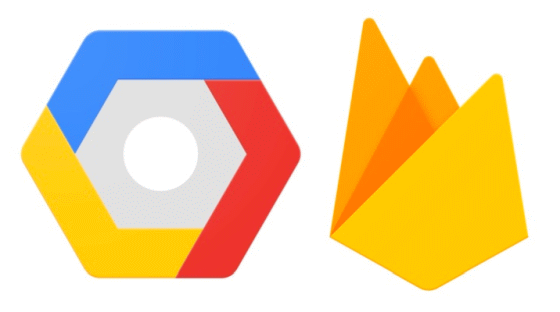 The reason for the increase in usage fees was the code that Chauhan's team applied to Cloud Run. Announce's scraping system was structured to execute code on Cloud Run on multiple instances. However, due to improper code, the situation was that innumerable instances were launched and each instance executed endless code. 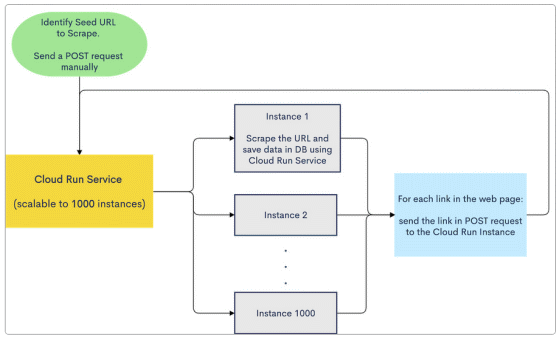 Since these instances sent 1 billion requests per second to Firebase, which was used as a database, Google Cloud automatically upgraded the Firebase plan. Chauhan explains that this has resulted in high usage fees. 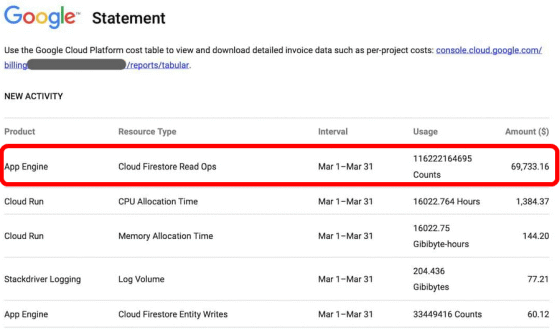 Chauhan said that the reason for this high bill was 'I applied inappropriate code', 'I did not change the number of instances started by Google Run to the default of 1000', 'I do not understand Firebase' I used it as it is '. In addition, when I sent a document explaining the situation to Google, Mr. Chauhan said that he was able to avoid bankruptcy because he was asked to cancel the billing as a response only this time.