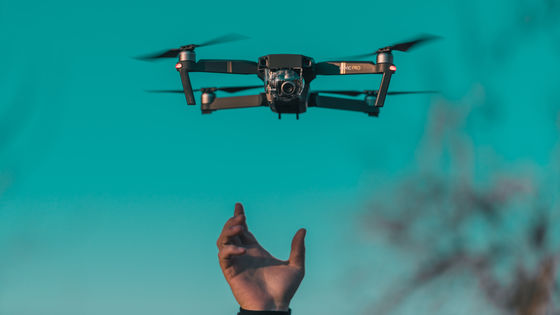 The New York Times reports. Civil rights groups have raised concerns that police operations of self-flying drones will violate the privacy of citizens.

Police Drones Are Starting to Think for Themselves --The New York Times
https://www.nytimes.com/2020/12/05/technology/police-drones.html

Go read this NY Times report about how police departments are using drones --The Verge
https://www.theverge.com/2020/12/6/22156987/go-read-this-police-drones-skydio-dji-privacy

In Chula Vista, a city in San Diego County, California, local police can fly a drone at the push of a button when they receive a ' 911 ' call.

In fact, this drone operated by the Chula Vista police seems to be useful for drug investigations, etc., and the behavior of the criminal (such as throwing a pistol and heroin in a trash box) that the drug investigator could not visually confirm was photographed with the drone's camera. It seems that there are cases where the arrest proceeded smoothly by succeeding in doing so.

Drones have been in operation at the Chula Vista Police since 2018, and since then, drones have been dispatched for emergency calls about 15 times a day. Therefore, the total number of drone dispatches in the past two years will be more than 4,100. There are many police operating drones other than Chula Vista, and they have been operating drones in Hawaii and New York for many years. However, the drones operated in these cities fly manually, and it seems that most of them load the drone in the trunk of a police car, rush to the site, and fly the drone at the site.

Meanwhile, Chula Vista police-operated drones have the potential to transform a variety of areas, including parcel delivery, building inspection, and military reconnaissance, with the same latest technology used in self-driving cars. It's a drone. Since it can fly automatically and is equipped with a high-performance camera, it is expected to be an alternative to a helicopter that costs hundreds of thousands of yen per flight. 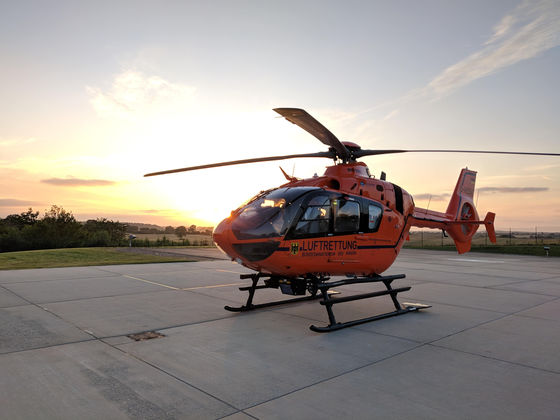 However, civil rights groups have criticized the new automation technologies introduced in these drones for invading the privacy of their citizens. Of particular concern is that automated drones 'can automatically track vehicles and people.' He claims that the more drones the police operate, the more they will be able to monitor the citizens living in the city with cameras, and the more the citizens' privacy will be violated.

American Civil Liberties Union , said, 'Community should make harsh comments about police-operated drone programs. As the power and scope of this technology grows, privacy protection The need for it grows. Drones can be used to investigate known crimes, but they can also be sensors that can cause crimes, 'said police-operated drones. Showed concern.

Under the pandemic of the new coronavirus, there are police stations other than Chula Vista that have decided to operate the drone because it is possible to conduct an investigation while keeping a distance from people. The police station in Redondo Beach, California is also one of the new police to operate the drone. Rahul Sidhu of the police said about drone operation, 'I'm just trying to limit exposure with others. Sometimes it is possible to dispatch only drones without dispatching police officers,' he said. He claims to have introduced a drone to reduce contact with him as much as possible. 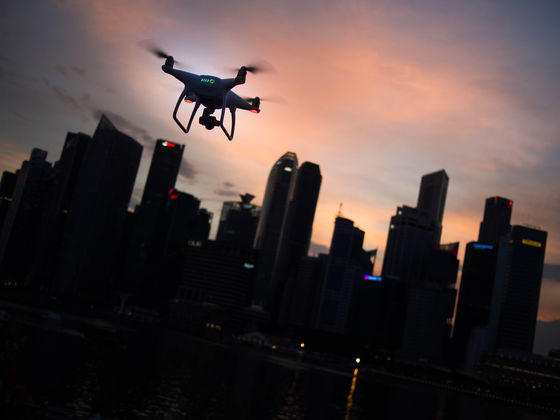 At the same time, Sidhu said that as drones become cheaper and more powerful, 'drones will become a more efficient way' in crackdowns in urban areas. In fact, the Chula Vista police say that drones are already part of the system for responding to emergencies and are an essential technology for the police. The police drone can cover about one-third of the city of Chula Vista and can handle 70% of emergency calls.

Chula Vista police have applied to the

Federal Aviation Administration (FAA) for permission to set up a third landing site, which will be completed with a drone covering the entire city of Chula Vista from San Diego to the Mexican border. It seems that it will be possible. In addition, due to FAA regulations, it is not possible to fly the drone beyond the range that the drone operator can see, but since the Chula Vista police are exempt from this regulation, the operator is 3 miles (about 4.8 km) from the departure and arrival point. It is possible to fly the drone up to the distance of). The 'system for tracking vehicles and people' installed in drones operated by the Chula Vista police is provided by the drone development company Skydio . With this system, it is possible to rush the drone to the site or withdraw it from the site with the touch of a button. In addition, Shield AI 's autonomous driving system for drones provided to San Diego police allows drones to enter the building without a pilot, and companies such as Skydio and DJI are building similar systems. It is reported that.

Chula Vista police treat images taken by drones in the same way as body cameras worn by police officers. In other words, the footage taken by the drone is saved as evidence and will only be published with approval. However, the drone is not used for regular patrols, and it seems that dispatch is only permitted for emergency calls.