The market size of 'Christmas tree' is hundreds of billions of yen in the United States alone, what is the actual situation? 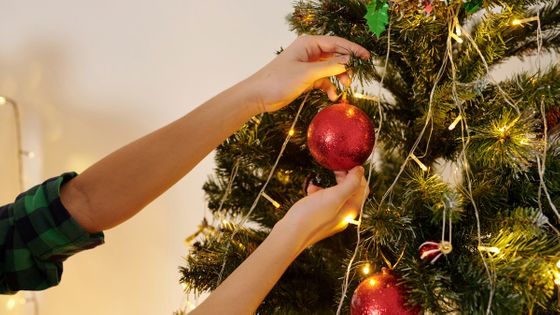 The Hustle , a business technology media, reports on the Christmas tree industry in the United States.

The economics of Christmas trees
https://thehustle.co/the-economics-of-christmas-trees/ 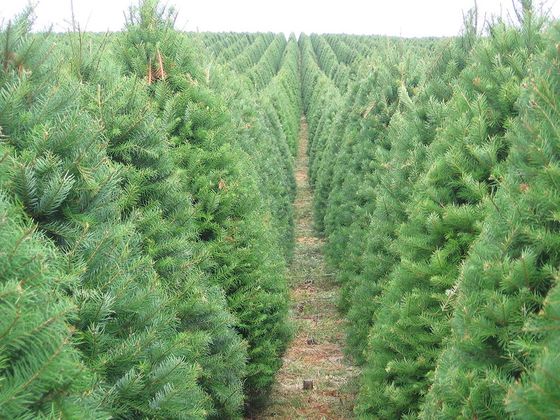 There are at least 15 varieties of trees cultivated as Christmas trees, such as Fraser fir and Eastern red cedar, but their production cycles are almost the same. Farmers buy and grow seedlings of about $ 0.5 (about 52 yen) to $ 1 (about 104 yen), and after two years, they replant them in the fields and grow them even larger.

A typical farm planted 1200 Christmas trees per acre, and it takes eight to ten years to grow to a size of six feet (1.8 meters) that can be shipped as a tree. The Christmas tree is a special crop among the crops due to the special production cycle that takes 8 to 10 years from the start of growing to shipping.

'It takes a very long time to make a profit in this business, and something can go wrong during that time,' said Bossio. 'Most of the Douglas fir varieties have been damaged due to the late frost this year. I also know that there are farms where all the trees have died because it didn't rain. ' Once the Christmas tree has grown to a size that can be shipped, it will be graded based on size and quality. The sales method is roughly divided into 'U-Cut' and 'wholesale'. U-Cut is a method in which consumers cut down Christmas trees from their farms and carry them out, and wholesale is a market in which farmers cut down trees. It is a method of shipping to.

U-Cut, which accounts for one-third of all shipments, is said to be selected by consumers who are looking forward to the agricultural experience of 'cutting down Christmas trees' and is popular on relatively small farms. That thing. At U-Cut, one Christmas tree is sold for about $ 60 (about 6200 yen) to $ 80 (about 8300 yen), which is the same as the average retail price, and farmers' profits because there is no margin for wholesalers and retailers. This is a high rate method.

On the other hand, wholesale is a system in which huge farms mainly contract with home improvement stores and supermarkets to ship a large number of Christmas trees. Holiday Tree Farm, the world's largest Christmas tree farm in Oregon, cuts and ships more than one million Christmas trees in 30 days during the season. The Holiday Tree Farm operates seven helicopters at full capacity from sunrise to sunset, loading as many as 1000 Christmas trees per hour into shipping trolleys. Producing Christmas trees can be a daunting task, but The Hustle surveyed Christmas tree farms in Pennsylvania, North Carolina, Wisconsin, Oregon, and Michigan, and found that the average wholesale price of Christmas trees was 35 per tree. It was about a dollar (about 3600 yen). Considering the cost required for production, the profit margin is about 25 to 30%, and the profit per bottle is only about 8 dollars (about 830 yen) to 10 dollars (1040 yen).