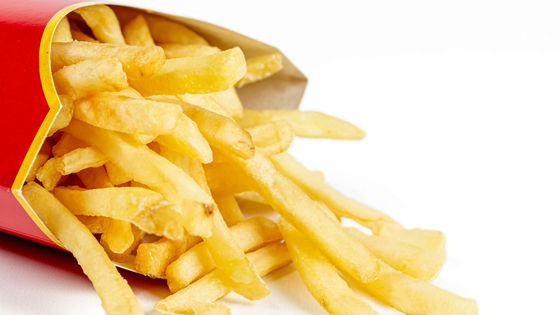 McDonald's signature menu is McDonald's potatoes, which are made by cutting potatoes grown in North America at a factory with strict quality control and fried in vegetable oil with zero trans fatty acids. McDonald's potatoes have remained an immovable signboard menu since their inception, but their recipes have been modified several times, and the recipes at the time of their inception are generally unclear.

Ben Stax, who was then working at the original McDonald's store, which once existed in San Bernardino, California, said, 'Every Saturday, £ 1000 a day.' I was also fried potatoes. ' The popularity of the first McDonald's store at that time was overwhelming, and children in the neighborhood were waiting for the time when McDonald's opened.

The original recipe revealed by Mr. Stax is, 'Peel and chop locally-grown Idaho russet potatoes , wash away excess starch, and soak in cold water until 1 hour before frying. Cut it, dry it, fry it in 100% beef fat cooking oil, and season it with salt only. ' 'Hamburgers were like everywhere, but potatoes were really special,' said Stax, and this French fries was Ray Kroc 's eye-catching menu for McDonald's franchise. He said it was.

In addition, the original French fries recipe had a process born from the location of San Bernardino, where the original store was located. Adam, author of ' Drive-Thru Dreams: A Journey Through the Heart of America's Fast-Food Kingdom ,' which details fast-food culture in the United States. Chandler points out that San Bernardino was a desert area. 'The potatoes were left in the desert environment for a few days after they arrived, so the moisture escaped into the air, creating a unique crispy texture,' he said. Ray Kroc also seemed to be familiar with the crispness created by the desert location, and later developed a preservation method that would allow the potatoes to have the ideal moisture content and hardness. Crock also pulled out Motorola engineers to design a unique 'potato computer' to even out the temperature of the cooking oil, and to discover the optimal distribution ratio of beef tallow and vegetable oil to reduce costs while maintaining quality. The recipe for 'Original McDonald's Potato' was born.

However, the day will come when the recipe for McDonald's potatoes, which has been a signboard menu since its establishment, will be greatly modified. Phil Sokolov, a businessman with a history of dying from a heart attack due to greasy food, invested a huge amount of $ 15 million (about 3 billion yen at the rate at that time) to develop 'American food is fat' The 'too much minutes' campaign made McDonald's a spearhead. 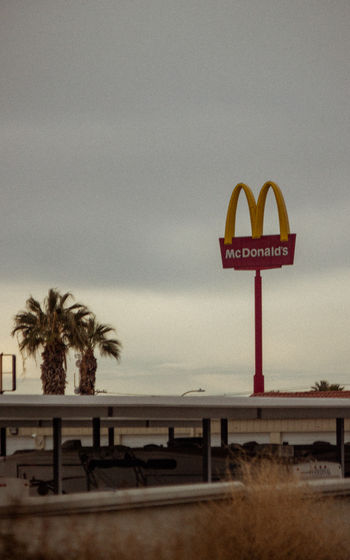 In the spring of 1990, Sokolov posted a full-page ad in big letters such as The New York Times and The Wall Street Journal stating, 'McDonald's, your burger is too fat.' In a live television broadcast, he spoke directly with McDonald's senior vice president at the time, Dick Starman, and directly complained about the unhealthy McDonald's menu, saying, 'Please explain the beef tallow contained in French fries.' ..

uses a blended oil of beef tallow and palm oil for frying oil , so it seems that it is a material close to the original McDonald's potato.

For this reason, detailed recipes for McDonald's potatoes, such as the temperature of frying oil, are no longer available today. However, this time Mr. Feater discovered that a document called 'McMenu' with unknown history that the recipe actually used in McDonald's in the 1950s and 70s was modified for home cooking has been released. As a result of asking Mr. Chandler for authenticity verification, he said that he was certified as the recipe itself at that time with considerable accuracy. 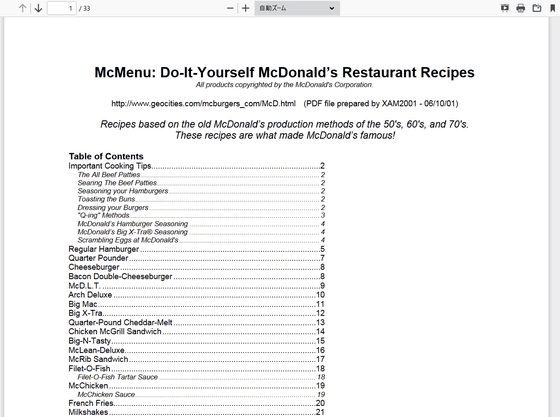 The recipe for 'Original McDonald's Potato' that can be cooked at home described in this McMenu recipe is as follows. ・ How to make
1: Peel the potatoes and cut them into rectangular parallelepipeds with a length and width of about 1/4 inch (about 0.6 cm) and a length of about 4 to 6 inches (about 10 to 15 cm).
2: Put sugar, white corn syrup, and hot water in a bowl, stir well, soak the potatoes, and refrigerate for 30 minutes.
3: Put Crisco's edible fats and oils in a frying pan and heat to 190-204 ° C.
4: After 30 minutes, firmly drained of potatoes, you put in enough attention to the pan in the oil splashes. Keep the potatoes from sticking to each other while frying. Remove the potatoes from the pan in 1 to 1 and a half minutes, place them on a paper towel and chill in the refrigerator for 8 to 10 minutes.
5: Add beef tallow to the frying pan and heat again to 190-204 ° C.
6: Put the potatoes in the pan again and fry for 5-7 minutes until golden. Be careful not to let the potatoes stick to each other while frying.
7: Pull up from the pan and sprinkle with salt to complete.

The following is the original McDonald's potato that Mr. Feater actually made with the recipe of McMenu. 'The French fries offered at modern McDonald's have a bland taste that leaves a bean-like flavor in your mouth, but McMenu's french fries are punchy,' said Feater, who ate his original McDonald's potatoes. It seems that the desire to 'eat more' is coming from the mouth. The faint taste of bean is in harmony with the sweetness of the base, and the charred crispy corners have a crispy texture. However, the central part is sweet and has a buttery texture. It's by far the best French fries I've ever eaten, and my only complaint was that I had to stop eating to take a picture. That's about it. '