Chinese steamed buns are popular when it comes to convenience stores in winter, but Ministop will offer ' Rice Boya of the World, ' which is a new 'one-handed snack' that follows Chinese steamed buns, on November 20, 2020 (Friday). ) Is available. The first in the series was pork kakuni, kaomangai, chicken gome, and chicken soy sauce, so I actually bought it and tried it.

Express the world's cuisine with 'chimaki'! 'Rice Boya of the World' will be released at the same time on November 20th (Friday)!
(PDF file) Next to the cash register, in the Chinese steamed bun corner, the words 'Rice Boya of the World' were lined up. So I bought it. It is wrapped in white paper that wraps meat buns, and when opened ... There was an elongated chimaki. From the left, there are four types of chimaki: soy sauce chicken, kaomangai, pork kakuni, and chicken gome. The total length is about 15 cm in actual measurement. 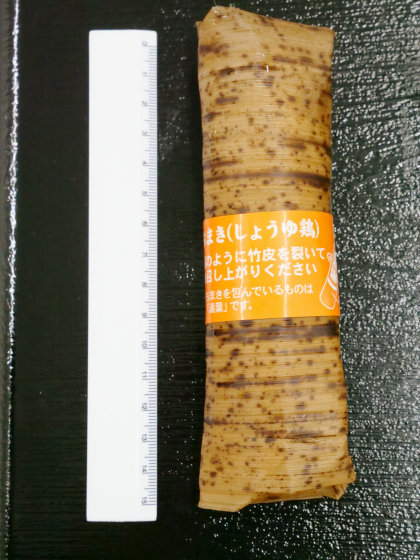 Chimaki is wrapped in real bamboo skin, so you can tear the bamboo skin and eat it. Bamboo skin can be torn from anywhere, so if you tear it from an appropriate place ... Unexpectedly, Tachimaki appeared wrapped in a mysterious thin skin. The true identity of this thin skin is Yuba. Because it is wrapped in yuba, the long and slender shape does not cause the rice dumplings to collapse, and even if you accidentally touch it, your hands will not get dirty. It's easier. When you try to eat it, a soft okowa overflows from the yuba. The sweet and spicy soy sauce-flavored chicken broth is firmly sucked in, and the expression 'juicy' is the perfect finish. It has a large chicken so it's delicious. The chicken was tender and not dry. Then, the Thai food 'Khao Man Gai' is reproduced and it is made. This is also wrapped in Yuba. 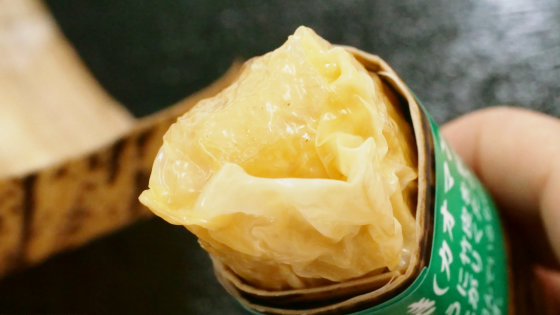 When I try to eat it, the aroma like coriander, nam pla, and lemongrass spreads softly, and it certainly has an ethnic flavor. Is it Khao Man Gai? I think it's a little different when asked, but it's a dish that is irresistible to those who like it because it reproduces the ethnic taste of Southeast Asia. It is a nice place for ethnic lovers to be able to buy and eat Khao Man Gai at a convenience store, which can only be eaten at Thai restaurants. 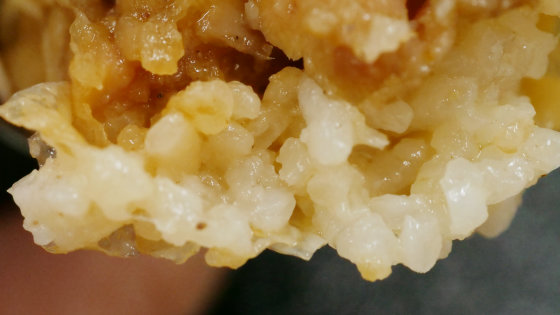 Vegetables such as red peppers were also included. Of course, this is also wrapped in Yuba ... 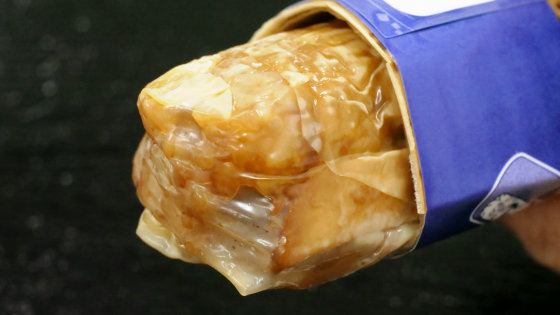 Inside, there was a large piece of pork kakuni that was cut into large pieces with sticky rice. With a slightly sweet flavor, the five-spice powder is firmly scented from the kakuni. It's a juicy and chewy dish, so it's perfect when you're hungry. The last is chicken five eyes. 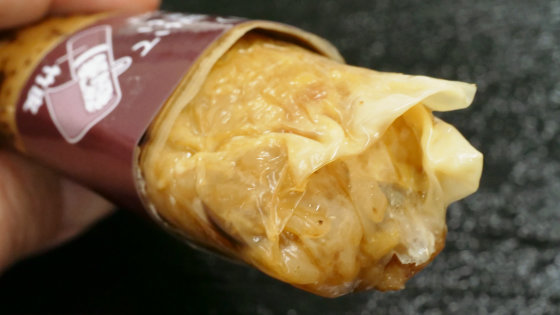 When I try to eat it, unlike other chimaki, it has a relaxing Japanese taste. Vegetables such as shiitake mushrooms, burdock roots, and carrots are cooked with chicken and glutinous rice, giving it a familiar and gentle taste. This also contains a large amount of chicken, and you can feel the umami firmly. 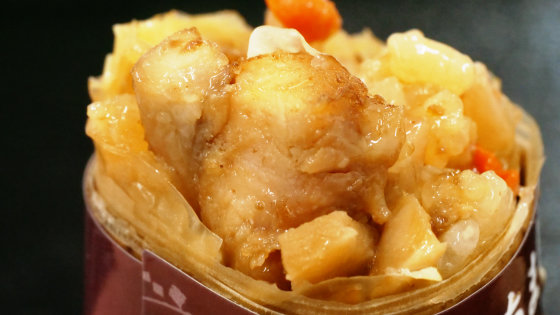 In addition, the world's rice boy, soy sauce chicken, kaomangai, and chicken gome are 151 yen including tax, and pork kakuni is 183 yen including tax, and they have appeared at Ministop nationwide from November 20th. When I had multiple editorial staff eat it, it was quite popular, saying 'This is quite an ant' and 'Satisfaction is too high', so please use it as a snack when you are hungry.