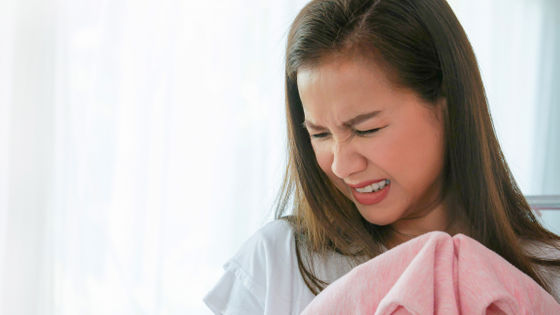 Many people have experienced the 'smoke odor' left in the room after cooking such as grilled meat at home. Also, in households with people who smoke on a daily basis, the odor of cigarettes for many years may have permeated the room. Quick and Dirty Tips, a site that handles useful information in daily life, summarizes how to eliminate such smoke odors with inexpensive materials that are also found in ordinary households in 6 steps.

6 Steps to Remove the Smell of Tobacco Smoke
https://www.quickanddirtytips.com/house-home/housekeeping/6-tips-for-removing-smoke-odor-from-your-home

◆ Step 0: Preparation
According to Quick and Dirty Tips writer Amanda Thomas, you should first open the windows throughout the house and then turn on all the ventilation fans to improve ventilation. On top of that, the following six items are required to start deodorizing work.

・ Vinegar: at least 1 gallon (about 3.8 liters)
・Baking soda
・ Rag and rag: In some cases, it is used in large quantities, so it is necessary to stock up.
·bucket
・ Zaruyako
・Ozone generator : Used only in extreme cases

◆ Step 1: Wash the fabric with vinegar
First, wash machine-washable items such as pillows, sheets, blankets, and curtains with 2 cups of vinegar at a time to reduce the sources of odors as much as possible. Also, one thing to keep in mind when washing is to avoid drying at high temperatures. According to Thomas' experience, heat reactivates odors and causes them to settle on the fabric. Instead, dry the washed food in the sun to further improve the deodorizing effect.

For items that cannot be washed in a washing machine, such as large curtains, it is a good idea to get help from a laundry shop. Also, if you return the washed cloth products to a room where smoke odor still remains, the odor will be transferred again even though you washed it, so Mr. Thomas said, 'I concentrated on one room at a time and washed it. Please work as quickly as possible while putting things in a large trash bag and sealing them. ' 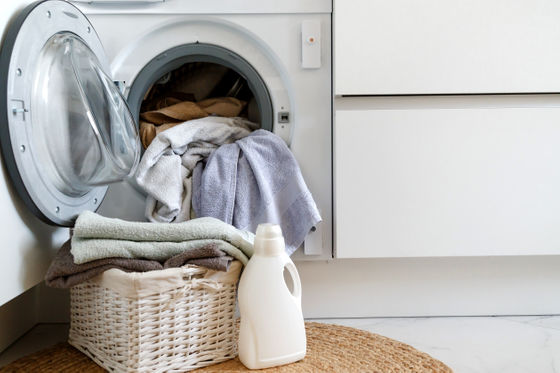 ◆ Step 2: Sprinkle baking soda on carpets and furniture
Furniture such as upholstered sofas, mattresses, carpets, and other large and soft items are deodorized with baking soda. It's easy to do, just sprinkle a generous amount of baking soda with a colander. According to Thomas, 'If you put baking soda in a colander and shake it on a carpet or cloth, you can evenly spread it over the entire surface. It walks around the room until it looks like a thin layer of snow. Please repeat while doing it. ' ◆ Step 3: Use vinegar on walls and floors
Take the next step while the baking soda is absorbing the odor. Cloth products such as carpets are apt to smell smoke, but smoke such as cigarettes and candles may rise and become tar and stick to walls and ceilings. Flooring and other floors are no exception when the room is filled with smoke.

In this way, vinegar is used to deodorize hard places such as walls and floors. The method is to first put vinegar and water in a bucket at a ratio of 3: 1 to make a mixed solution. If the smell of vinegar is too strong and it is difficult, you can increase the proportion of water a little more. Also, since the contents of the bucket get dirty quickly and need to be replaced, Thomas advises that 'it is safe to make half or one-third of the amount of the mixture at one time.' ..

Once you have a mixture of vinegar and water, dip the mixture in a rag or rag and wipe the walls, floor, and ceiling. The point here is to wipe quickly to leave a thin layer of mixture and allow the mixture to absorb the odorous components. 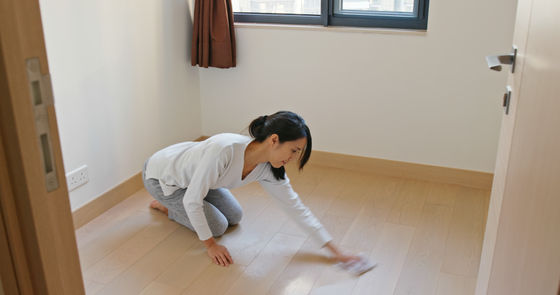 In addition, Mr. Thomas once put the mixed solution in a spray bottle and sprayed it in the room, but he said that this method is not recommended. This is because the spray did not spray enough of the mixture and it hurt my eyes and throat in just a few minutes.

Thomas recommends going out for lunch or a coffee break after cleaning up the baking soda in the room. This not only rewards you for completing a job, but also resets your nose, which has become accustomed to smoke and vinegar odors.

If you still feel the odor after returning home, repeat steps 2 and 4 until the odor disappears. 'It's likely that the'residual odor'is trapped in a soft material, so you may have to repeat this procedure several times. Fortunately, this is the easiest and cheapest step,' said Thomas. That's it. ' Hopefully this will wipe out the bad odors in the room, but if you still have a formidable odor, go to the next step.

◆ Step 5: Use an ozone generator for tough odors
If you still can't get rid of the odor, it's time for the ozone generator. In the following articles, we thoroughly review 'Ozoneo Aero', which removes odors, germs, and viruses just by leaving it in the room, and 'Ozoneo for room drying,' which can apply ozone to laundry.

I tried using 'Ozoneo Aero' that removes bad odors, germs and viruses with the oxidizing power of ozone --GIGAZINE 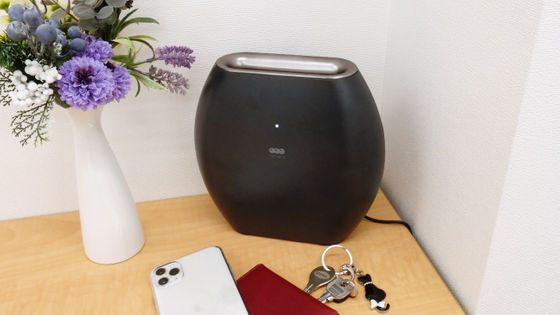 How powerful is 'Ozoneo for room drying', which deodorizes the dry odor of room drying with the oxidizing power of ozone? I actually used it-GIGAZINE ◆ Step 6: Replace wallpaper, flooring, etc. as a last resort
If you can't compete with steps 1-5, the last resort is to replace furniture, carpets, wallpaper, flooring, and other items that may be odorous. In addition, if the odor of smoking for many years is so severe that you are worried about health hazards, you can ask for professional house cleaning or move.

At the end of the article, Thomas said, ' There are many reasons why you shouldn't smoke at home, but that doesn't mean you can't smell it. Start with a cheaper way to do it. As a last resort, let's consider replacing things in the house. '

According to the survey results released by the Ministry of Health, Labor and Welfare on October 27, 2020, it is clear that the smoking rate in Japan in 2019 reached a record low of 16.7%. 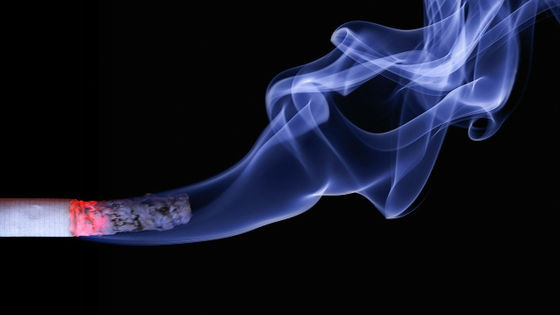