Not everyone who is infected with the new coronavirus (SARS-CoV-2), which spreads around the world, experiences symptoms such as coughing and fever, and many people

may remain asymptomatic when infected.Sex has been pointed out. A large-scale experiment with nearly 1800 U.S. Navy recruits revealed that 'asymptomatic infected individuals spread SARS-CoV-2 infection within the group.'

It has long been pointed out that people infected with SARS-CoV-2 do not always have symptoms, and most of the infected people are asymptomatic in the clusters that occurred on the US nuclear-powered aircraft carrier Theodore Roosevelt. It was reported.

The mystery that 'mostly asymptomatic' of the crew of the aircraft carrier where a large number of people infected with the new coronavirus occurred, the Secretary of Defense is also puzzled --GIGAZINE by US Pacific Fleet

So the research team at Mount Sinai School of Medicine and the Navy Medical Research Center decided to conduct a large-scale experiment with Navy recruits.

When the research team recruited subjects from nine different Navy recruit training classes that were trained during the May-July 2020 survey period, a total of 1848 people applied as subjects. Each class included 350-450 recruits, so about half of the total volunteered for this experiment.

The recruits voluntarily quarantined their homes for two weeks before participating in the training, then entered a dedicated training facility and were assigned to a double room to begin a communal life. In addition, each class was divided into 50 to 60 platoons, and training was conducted for two weeks while being monitored by the research team.

During the investigation, recruits, whether enrolled in the experiment or not, lived according to quarantine measures such as wearing masks, maintaining a social distance of 6 feet, and washing their hands regularly. Each class had a different meal time and training schedule, and the separate classes were not interrelated. In addition, it seems that the training facility had a change of class on the way, but at that time, thorough disinfection work was done in all private rooms and shared spaces. The research team will check the body temperature of the recruits and observe the symptoms of the new coronavirus infection (COVID-19), and the subjects will be affected on the 2nd, 7th, and 14th days after entering the training facility. Perform PCR tests with or without. We also performed PCR tests on recruits who were not enrolled in the experiment on the 14th day, the end of the survey period.

After observing symptoms and analyzing the results of PCR tests, 16 out of 1848 (about 0.9%) were infected with SARS-CoV-2 within 2 days of arriving at the facility, of which 15 were infected. Turned out to be asymptomatic. In addition, a total of 35 (about 1.9%) participants were diagnosed as SARS-CoV-2 positive in the PCR tests performed on the 7th and 14th days, and 4 of them showed symptoms before the test. That thing. Of the 1554 recruits who did not register for the experiment, 26 (about 1.7%) were diagnosed as positive by the PCR test on the 14th day, and it seems that there were no cases where symptoms were confirmed in advance. is. SARS-CoV-2 infections tended to spread to roommates living in the same room and within platoons with high contact, the researchers said.

In addition, when the genome of SARS-CoV-2 collected from recruits was analyzed, it was found that 6 clusters were generated independently in the entire experiment. Harm van Bakel, a member of the research team and assistant professor at Mount Sinai School of Medicine, said: 'Six independent clusters identified by different genetic mutations have multiple independent SARS-CoVs during monitored quarantine. It shows that -2 was introduced and spread. '

The experiment revealed that many infected people remain asymptomatic and spread SARS-CoV-2 infection, even when living according to quarantine and various public health regulations. 'This large study data will be repeatedly tested on all individuals, regardless of symptoms, to reduce SARS-CoV-2 infection within the group and prevent it from spreading to the wider community,' said van Bakel. It shows that it is necessary, 'he said, arguing that symptom-independent testing is important in controlling the spread of the infection. 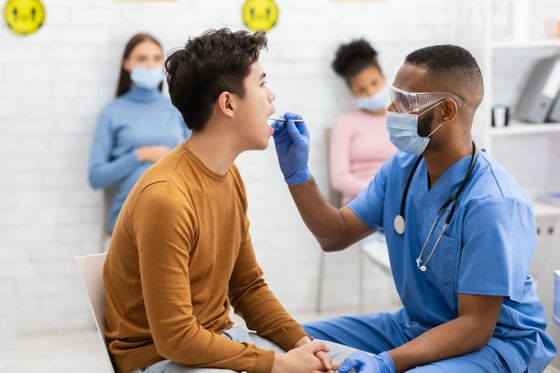