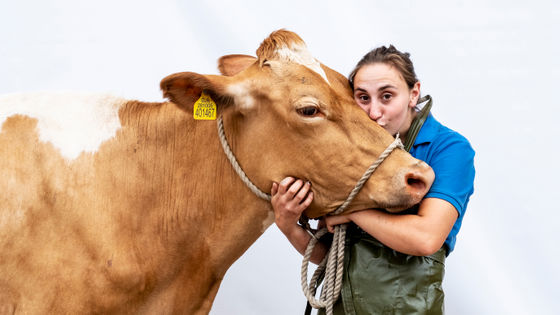 Zoom , 'After all, meet in person. I'm sure there are many people who want to talk. An Austrian study of cows found that cows also 'prefer directly spoken voices to voices from speakers.'

Experiments conducted in the past have shown that cows' barks express their individuality and emotions, and that cows communicate with each other using voice.

What is the secret hidden in the cow's 'Momo' bark? --GIGAZINE 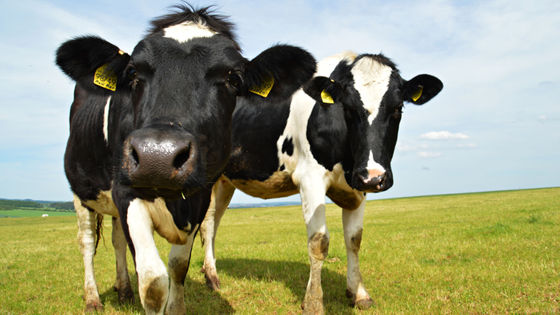 Itis also known that 'cows understand that humans have called their names ' and ' you can go to the milking room yourself in response to the call ', but cows Few studies have been done to find out how the human voice is perceived.

Therefore, Anika Lange and colleaguesat theUniversity ofVeterinary Medicine inVienna conducted an experiment on 28 heifers 7 to 24 months old to see the reaction while the experimenter spoke to them.

The result is below. Each of the four graphs shows that the cow in the experiment is relaxing: 'stretch the neck (upper left)', 'close contact (upper right)', 'close the eyes (lower left)', and lean the head (lower left) It shows the length of time that '(lower right)' was performed. The 'live' indicated by the white bar in each graph is longer than the 'playback' indicated by the colored bar, indicating that cows stroked while talking directly are more relaxed. I will. 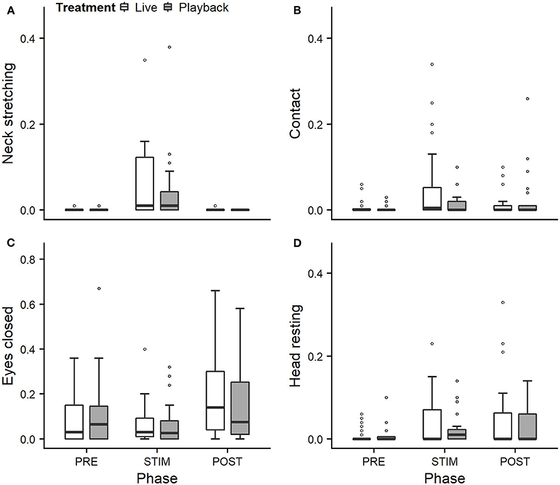 Regarding these cow behaviors, Lange commented, 'Cow that enjoys relaxing and interacting often stretches their necks as if two cows were grooming each other.' .. In addition, the following is a graph comparing heart rates. In 'Live', the heart rate drops from 'STIM' while stroking to 'POST' after stroking, but in 'Playback', 'while stroking' and 'na' The result was a slight decrease in heart rate 'after being struck.' According to the research team, this shows that 'live' had a more pronounced relaxing effect. It seems that the fact that the heart rate is higher while the 'live' is being stroked is evidence that the cows are enjoying interacting while talking directly. 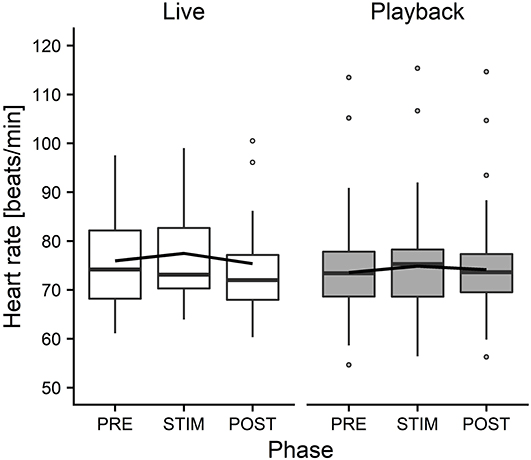 'This study suggests that talking directly to cattle is more relaxing for cattle than recorded voices. In the future, livestock farmers and farmers will take care of cattle,' Lange said. I hope that I will have more opportunities to treat and speak nicely to people. ' 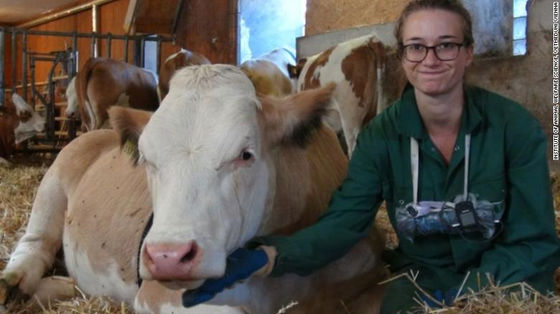