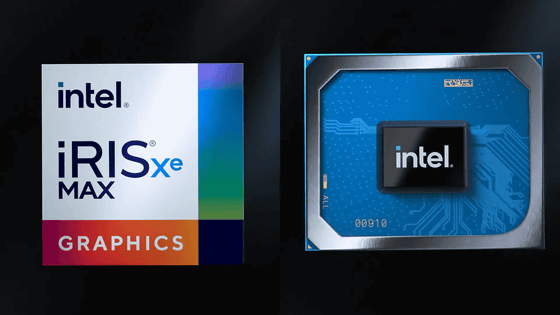 The Iris Xe MAX has been developed under the code name ' DG1 ' and is a discrete GPU that is a single GPU chip. In 1998, Intel also announced a discrete GPU called the 'Intel 740'. However, the performance was not high compared to the GPUs released by

ATI and NVIDIA at that time, so it was not possible to overcome the rough waves of the industry. Since then, the GPUs that Intel has deployed so far have been the types built into the CPU , such as Intel HD graphics, Intel UHD graphics, and Iris Plus graphics .

Below is a table comparing the specifications of Iris Xe MAX, which is Intel 's first discrete GPU in about 22 years, and Intel Core i7 1185 G7 built-in GPU, which is a mobile processor of the Tiger Lake generation. Performance is almost unchanged, but Iris Xe MAX has a slightly higher maximum dynamic frequency.


Iris Xe MAX has DisplayPort 1.4 and HDMI 2.0b output, and can perform H.264 , H.265 , and AV1 decoding. And the point of Iris Xe MAX, which is a discrete GPU, is that there is no need to share the memory bandwidth with the CPU, and it will be the first GPU to support the memory of LPDDR4X by itself. In addition, 'Intel Deep Link Technology' makes it possible to link Iris Xe MAX with the built-in GPU of the installed CPU. For example, by simultaneously processing Iris Xe MAX and Iris Xe graphics, which is a GPU with a built-in Tiger Lake generation CPU, it is possible to speed up video encoding. In addition, Intel is appealing that 'Intel deep link technology' will improve power efficiency by up to 1.2 times. Also, when Core i7-1165G7 and Iris Xe MAX are linked, it seems that the processing by

Gigapixel AI of Topaz Labs, which can high resolution photos, will be up to 7 times faster. Intel has not disclosed the die size or the number of transistors of Iris Xe MAX, but the process node is Intel 10nm SuperFin, and it seems that it has also succeeded in miniaturization. Iris Xe MAX was developed for thin notebook PCs, and the models equipped with it were announced at the same time by Acer, ASUS, and Dell. Of these, Acer's Iris Xe MAX-equipped model will be released at the end of 2020. 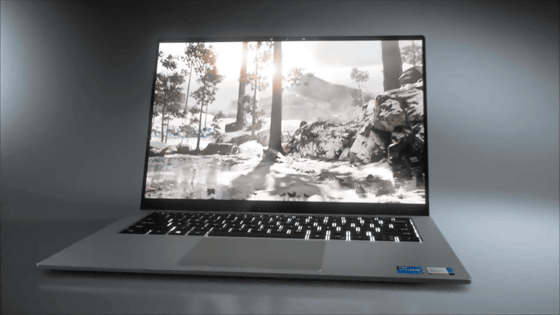 In addition, you can see a movie that Intel summarized the performance of Iris Xe MAX and the outline of deep linking from the following.