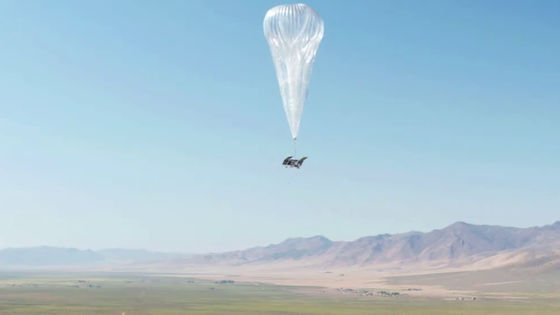 It was revealed that the balloon used in 'Loon', which provides an Internet environment everywhere on the earth, set a continuous flight record of 312 days.

312 Days in the Stratosphere. The innovations leading to Loon's… | by Salvatore Candido | Loon Blog | Oct, 2020 | Medium


'Loon' is a project to fly a balloon equipped with a Wi-Fi antenna to the stratosphere at an altitude of about 20 km and provide an Internet environment even in areas where communication infrastructure is not developed. It started in 2013 as one project 'Project Loon' of X, a company aiming at researching next-generation projects, which is a brother company of Google, and became an independent business under the name of 'Loon' in 2018. In July 2020, we started commercial development in Kenya. 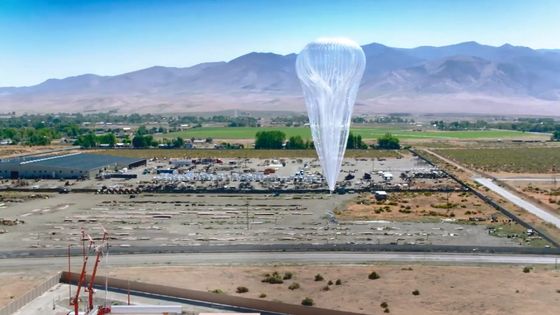 Since it is a project that provides communication infrastructure, balloons are required to fly stably for a long period of time. Loon has developed a balloon that can fly for more than 100 days once launched. The continuous flight time was gradually extended, and from November 18, 2018 to July 2, 2019, a balloon called 'P-496' set a record of 223 days.

The flight route published on the official blog looks like this. Puerto Rico, which floats in the Atlantic Ocean in the center of the image, is the takeoff point, and after a long flight over South America, it moves from the South Atlantic Ocean to the Indian Ocean and the South Pacific Ocean. It flew for a long time again on the western side of South America, and was finally recovered on the 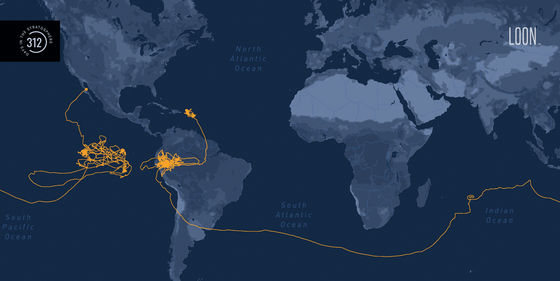 Loon's balloon has a structure in which the cost per flight time decreases as the flight time increases, and it is said that 'you can do a lot of work at an exceptional cost'. Also, the longer the flight time, the longer you can stay in the middle of the Pacific Ocean, which is difficult to reach, so you will be able to fulfill Loon's purpose of 'providing infrastructure to remote areas'. ..

Loon CEO Salvatore Candido wrote on his blog about the record break: 'It's a visible indicator that the flight system to extend flight time is working and it's very exciting.'