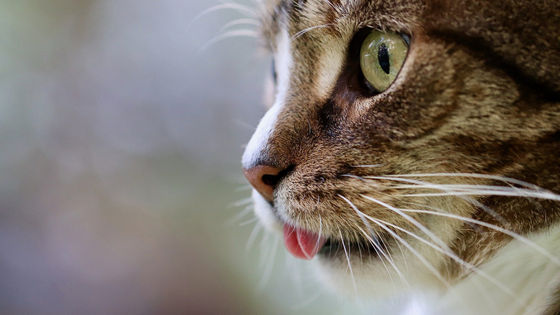 John Gray is a cat lover who once had four cats at home with his wife, Meiko, an antique dealer. At the beginning of 2020, Mr. Gray, who lost his last one of the four cats at the age of 23, published in one book the wisdom he gained from his former cat.

John Gray:'What can we learn from cats? Don't live in an imagined future' | Books | The Guardian
https://www.theguardian.com/books/2020/oct/25/john-gray-what-can-we-learn-from-cats-dont-live-in-an-imagined-future

In the history of mankind, many scholars and philosophers have been fascinated by cats. Erwin Schrödinger, a theoretical physicist , proposed a thought experiment 'Schrödinger's cat ' to explain the paradox of quantum mechanics , and Michel Montagne , a philosopher representing France in the 16th century, said, 'I am a cat. When I was playing, how could I tell if the cat wasn't playing with me? ' René Descartes , also known as the ancestor of rationalist philosophy, threw cats through windows to prove that non-human animals were once unconscious, saying, 'Cat screams are mechanical. It was a reaction. '

Regarding such rationalism, Mr. Gray wrote in his book ' Feline Philosophy: Cats and the Meaning of Life ' that 'the flaws in rationalism are that human beings live using theory. There is a belief that we can go. Contrary to that belief, humans quickly lose their humanity, but cats do not stop being cats. '

In 'Philosophy of Cats,' Gray said, 'Hints for living in a natural body learned from cats,' 'Do not persuade humans to be rational,' 'Do not seek meaning in suffering,' and 'For the joy of sleeping.' 'Sleep to sleep' is mentioned. The book also contains the lesson that 'Imagine the future unnecessarily and don't worry.'

Gray was no longer afraid of anxiety about the future because he was inspired by the way of life of Julian, the last cat he had. The cat in the picture below is Julian, a Berman cat owned by Mr. Gray. 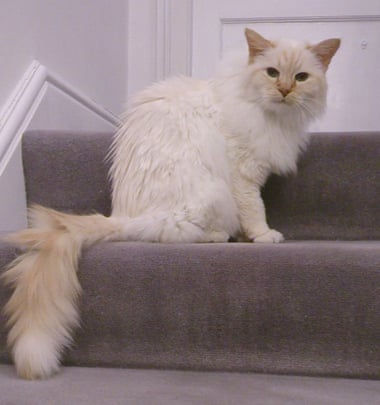 As a political philosopher,

Mr. Gray, who has witnessed political disputes and social unrest such as Britain's withdrawal from the EU (Brexit), thinks that 'people struggle with the goal of a cause and lose their happiness.' became. 'As philosopher Bertrand Russell pointed out, when the end of World War I opened, people greatly welcomed the war as a way to stop boredom,' Gray said. He also points out that humans lose sight of even calm judgments.

Regarding the difference between such a human way of life and a cat that lives naturally, Mr. Gray wrote in his book, 'Cats do not struggle to be happy, so cats do not get bored. On the other hand, humans do not get bored. It's a self-divided creature that spends most of its life on displacement behavior. '

In addition, Mr. Gray summed up the way of life learned from four cats such as Julian, 'The cat lives for the feeling that it is alive, not for accomplishing something. On the other hand, we can stick to something big and lose sight of the joy of living. Once we set aside such a large ideology and religion, what's left behind? What's left behind is the feeling of being alive, which is great. '