Microsoft added a specification to forcibly open incompatible sites in Edge with Internet Explorer, and the setting method to disable redirect is this 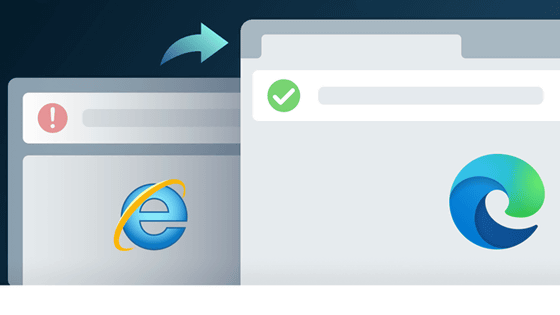 whose timeline until the end of support was announced in August 2020, Microsoft refused to load the URL when accessing an incompatible website with Internet Explorer and automatically redirected to Edge. We announced a new specification that says 'to do'.

Microsoft will forcibly open some websites in Edge instead of Internet Explorer | ZDNet
https://www.zdnet.com/article/microsoft-will-forcibly-open-some-websites-in-edge-instead-of-internet-explorer/

Forced redirects to Edge are 1156 websites that Mirosoft has identified as 'incompatible with Internet Explorer,' including major high-user services such as YouTube, Instagram, Twitter, and Yahoo Mail. It is.

The following movie actually shows how this specification behaves. 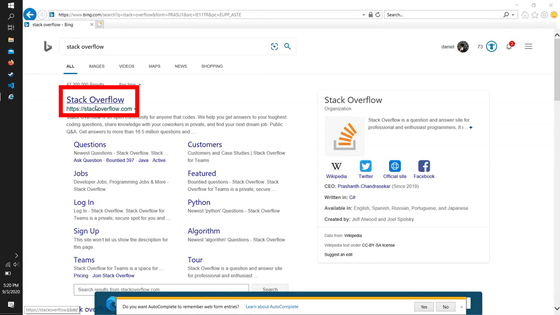 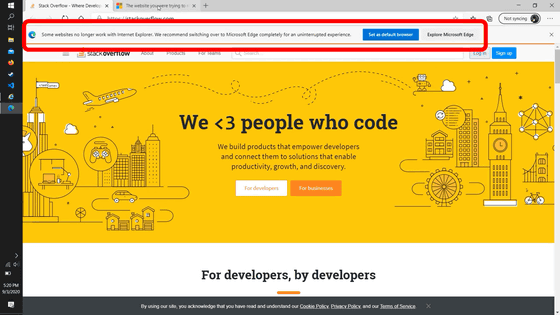 In addition, another tab forces a support page titled 'The

website you are trying to visit does not work in Internet Explorer '. 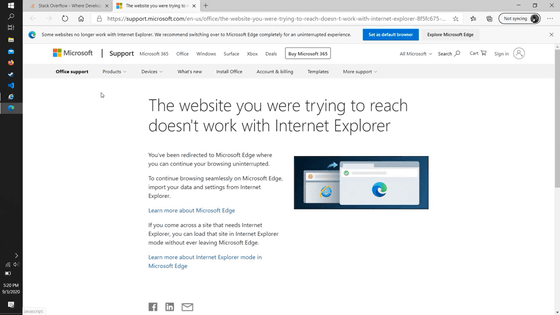 The new specification was piloted in version 84 of Edge, released in July 2020, but will be enabled for all users in version 87 of Edge, due out in November 2020. plans. If you want to disable this specification in Edge version 87 or later, enter 'edge: // settings / defaultbrowser' in the address bar of Edge to open the settings screen, and 'Let Internet Explorer open the site in Microsoft Edge'. Must be set to 'None'. 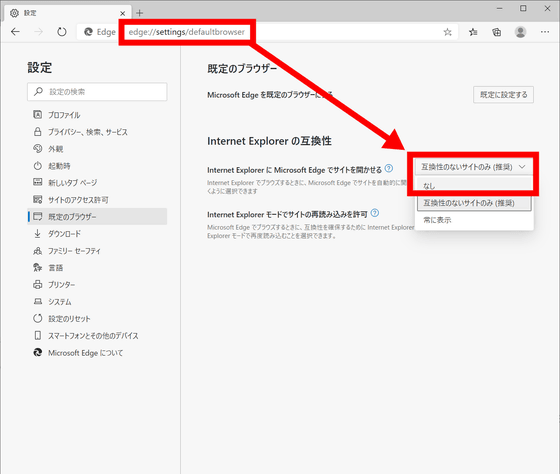