What makes a CRT monitor 20 years ago better than a 4K LCD display? With the evolution of PC peripherals such as graphic boards and the advent of next-generation game consoles such as PlayStation 5 and Xbox Series X, 4K gaming has become commonplace, and LCD monitors and TVs that support 4K resolution have become widespread. However, when it comes to playing games, it is said that the cathode ray tube (

CRT ) monitor used 20 years ago has some advantages over the 4K resolution LCD display.

Why This 20-Year-Old CRT Monitor Is Better Than a 4K LCD
https://www.vice.com/en/article/kz4gqm/why-this-20-year-old-crt-monitor-is-better-than-a-4k-lcd

We played modern games on a CRT monitor-and the results are phenomenal • Eurogamer.net
https://www.eurogamer.net/articles/digitalfoundry-2019-modern-games-look-beautiful-on-crt-monitors

High-end models of LCD monitors for desktop PCs support high resolutions from 4K to 8K and high refresh rates such as 144Hz and 240Hz. In addition, some monitors that use a wide display have curved surfaces with both ends of the screen curved toward the front, allowing you to enjoy a wider and more powerful image.

However, some people who play some old games claim that 'CRT monitors respond faster to inputs and have less delay than LCD monitors,' with lower resolution, smaller screens, and larger volumes. Some people choose a large CRT monitor. For example, Mr. MON, who cleared the most difficult mode 'Death Label' in the PlayStation 2 version of the vertically scrolling shooting game ' Donpachi Daijou ' for the first time in 2010, set up a 25-inch CRT TV to reduce the delay as much as possible. I answered in an interview that I was playing on the screen.

The screen of a CRT monitor is coated with millions of phosphor dots, each pixel consisting of three colors: red, green, and blue. Then, an electron beam is emitted from the back of the cathode ray tube from the scanning line at the top of the screen to the scanning line at the bottom at high speed, and the color screen is projected by the color mixing and afterimage effect of the light emitted from the three-color fluorescent dots. 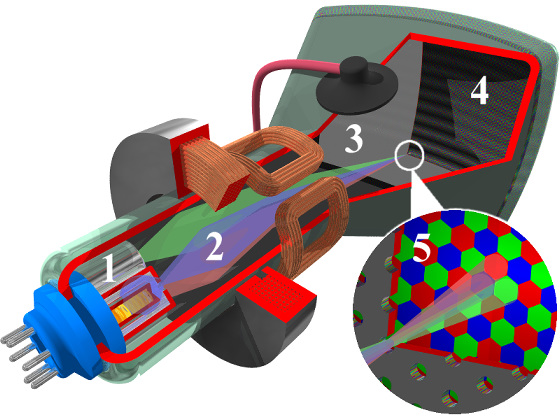 On the other hand, in LCD monitors, white light emitted from the backlight on the back of the display passes through the

LCD panel through a polarizing filter. At this time, the optical properties of the twisted liquid crystal change by adjusting the voltage, so the amount of light transmitted changes and the screen is displayed. 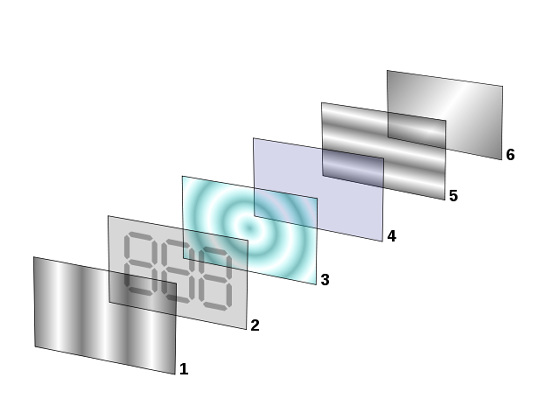 Liquid crystal display monitors physically change the liquid crystal, whereas CRT monitors only convert electrons into photons, so when it comes to display methods, CRT monitors theoretically have less delay. Also, if the entire screen has a lot of movement, the LCD monitor may become blurry . For this reason, some gamers dare to choose a CRT monitor over an LCD monitor.

Adam Taylor of YouTuber is one who sticks to CRT monitors instead of LCD monitors, and he seems to have spent many years finding a working product of Sony's 24-inch flat CRT monitor GDM-FW900 .

According to Taylor, the GDM-FW900 has a screen aspect ratio of 16:10, which is an advantage over most CRT monitors with a 4: 3 aspect ratio. Even at the time of writing the article, most games support a 16:10 aspect ratio , so you can play with GDM-FW900 without any problems. In addition, the maximum resolution of the monitor is 2304 x 1440 pixels with a fixed refresh rate of 80Hz, and if the resolution is halved, it can be displayed even at a refresh rate of 160Hz, which is as good as the latest LCD monitors. Actually, you can see the PC version ' CONTROL ' played on Sony's GDM-FW900 with the highest setting of 1920 x 1200 pixels and 60Hz vertical synchronization from around 5 minutes 19 seconds in the following movie. Since it is an old monitor, there are parts where scanning lines can be seen, but there is no blurring or blurring in the movement of the image, and the dark black shadow is deeper than the LCD display monitor, so the contrast between darkness and light is clear. is.


However, while CRT monitors have the advantage of having less delay than LCD monitors, they have the disadvantage of being endlessly expensive and labor-intensive to obtain and maintain. The GDM-FW900 was released in July 2000 and is no longer in production. Other similar CRT monitors were available for sale, the HP A7217A , sgi GDM-FW9011 , and Sun microsystems GDM-FW9010 , all of which are extremely difficult to obtain at the time of writing.

In addition, the fluorescent dot of the CRT monitor has a limited life, and the screen brightness decreases due to aging, but repair is more difficult and dangerous than the liquid crystal display, and now the shop that repairs it is also a technician. There is almost no such thing, so it's hard to buy it again. Also, even if you find a CRT monitor in good condition, you need a graphics board with analog output or a converter that converts digital output to analog output.

However, no matter how hard it takes to use CRT monitors, Taylor said, 'Most of the CRT monitors on the market 20 years after their launch are sleeping deep in warehouses and garages and are' in the way. ' Most of them said, 'I put it up for auction.' Rather than waiting for a recycling opportunity that you never visit, it's better to put your CRT monitor in the hands of someone who wants to play with it. '

The organic EL display (OLED) that has been developed in recent years is a display that uses an element layer that emits light when a voltage is applied. Due to the high manufacturing cost, it will take some time before it becomes widespread, but since it is similar to a CRT monitor in the sense that it converts electrons into photons, it is expected to solve problems such as delay and motion blurring of liquid crystal displays. It has been.