Why was decaffeinated coffee encouraged in Nazi Germany? 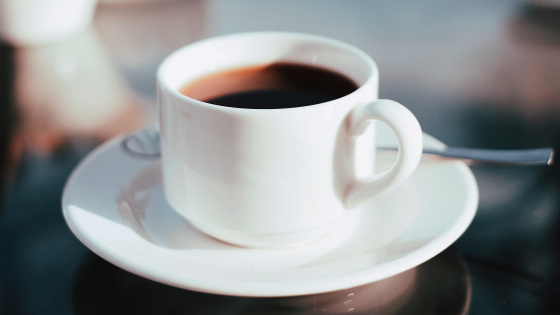 Caffeine, which has a stimulating effect such as drowsiness, is known to be the most characteristic ingredient of coffee. Then, remove the caffeine from coffee ' decaffeinated ' was invented in Germany more than 100 years ago, there is a history of drinking in Nazi Germany has been encouraged. Atlas Obscura, who summarizes the various histories and wonders of the world, explains why decaffeination was encouraged in Nazi Germany.

Decaffeination was invented in 1905 by Ludwig Roselius, a German coffee roaster apprentice. One theory is that Rosellius received coffee beans carried by a ship that crossed the rough sea, which was the reason for his invention. Of course, coffee beans had inhaled plenty of salt water, but when Rosellius was trying to find a way to remove the salty taste, he happened to have coffee with caffeine removed at the same time as seawater.

Rosellius patented the caffeine removal process in Germany in 1905. The following year, in 1906, he founded a company called KaffeeHandels-Akluv ( Kaffee HAG ) and sold decaffeination under the luxury brand 'Sanka' or 'Sanscafeine'. When Rosellius' father died in 1902, a doctor diagnosed him as having caffeine addiction, which is said to have motivated him to commercialize decaffeination.

Then, in the 1930s, there was a health boom that sang a natural return. This health boom leads to an active effort to reduce sugar, alcohol, tobacco, meat and caffeine from the diet. Of course, in this movement, Kaffee HAG's decaffeination will become more popular and will be exported not only to Germany but also to the United States, and decaffeinated coffee will spread all over the world.

Furthermore, this movement was incorporated into the health and hygiene policy of Nazi Germany, which has been in power of Germany since the 1930s. In particular, the decaffeination movement has become one of Nazi Germany's eugenic national policies to 'protect the Aryans.' 'Nazi Germany at the time not only protected the health of individual Germans, but also the entire German population as a biological and racial entity,' said Jeffrey Cox, a German writer in the early 20th century. I seriously believed that it was their duty and responsibility to protect their health. ' In 1941 Hitler Youth 's notebook, 'at least for young people, caffeine is'a poison of all forms and of all strengths''. Until the end of the 1930s, decaffeination was considered a luxury item at a very high price, although its quality was strictly regulated by the government and was widely available.

Kaffee HAG declared in 1932 that 'everyone who drinks Kaffee HAG is important. It has nothing to do with political affiliation or sentiment.' Nevertheless, Kaffee HAG is actively providing coffee to Nazi Germany, and at the 1936 Nazi Party Convention in Nuremberg, Kaffee HAG's decaffeination was distributed to 42,000 Hitler Youth members. That thing. There is also a record that Rosellius himself was a supporter of Hitler. In addition, there was a problem with the caffeine removal process of Kaffee HAG at that time, and although it was a trace amount, benzene remained in the coffee. Therefore, in fact, it is said that drinking a large amount of it may cause harm to the body, not to mention being healthy.