Even if you have the same weight, the mortality rate and whether you are healthy or not will change depending on what you are eating. 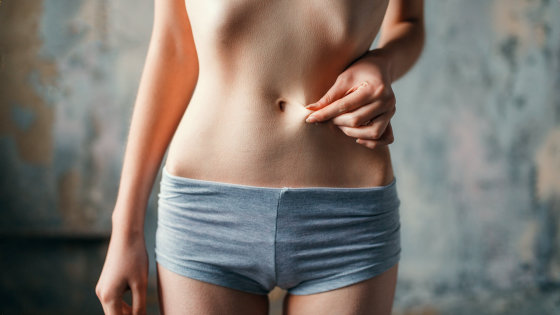 As obesity becomes a social problem, many people have the image that being fat is unhealthy and being thin is healthy, but in recent years,

fat people live longer. It has also been reported that the 'obesity paradox' exists. In addition to this, a new study suggests that 'even if you have the same weight, the mortality rate changes depending on what you eat and live.'

Combined associations of body mass index and adherence to a Mediterranean-like diet with all-cause and cardiovascular mortality: A cohort study
https://journals.plos.org/plosmedicine/article?id=10.1371/journal.pmed.1003331

Eating Healthy Foods May Be More Important Than How Much You Weigh
https://www.sciencealert.com/a-healthy-diet-may-be-more-important-than-what-you-weigh-new-study-finds

A joint Swedish and American research team analyzed data from 79,003 Swedes collected over the last 21 years. The data analyzed were collected through two research programs and consisted of a total of 350 questions, including 96 dietary questions.

As a result of the analysis, those who continued to take a 'Mediterranean diet' that was high in whole grains, vegetables, fish, and olive oil did not have a high mortality rate, whether they were normal or overweight. On the other hand, those who had a diet far from the Mediterranean diet had a high mortality rate even if they had a normal weight. The number of people analyzed was about the same for men and women, but there was no difference between men and women in the results. 'The results of this study suggest that eating a healthy diet, such as an underground diet, is better than preventing obesity to prevent increased mortality,' the research team said.

On the other hand, the research team explained, 'Our observational study investigating the relationship between diet and

BMI , and mortality does not prove that changes in weight or diet reduce the risk of death,' he concludes. He said clinical trials were essential by then. However, it has been pointed out that it is difficult to carry out experiments that require subjects to have strict dietary restrictions over a long period of time.

Obesity has become a social problem today, so it is important to understand the science behind obesity. In 2015, BMI is estimated to be associated with the deaths of about 4 million people worldwide, of which two-thirds were due to heart disease.