In the United States, where protests and riots are taking place over racial discrimination, the US presidential election will be held on Tuesday, November 3, 2020. It has been pointed out that confusion and riots may occur before and after the vote, and Facebook has announced a policy prohibiting the promotion of voting with words reminiscent of the military and combat.

Facebook to temporarily halt all political ads in US after polls close Nov. 3 --The Washington Post
https://www.washingtonpost.com/technology/2020/10/07/facebook-political-ads/

And on October 7, 2020, Facebook announced a new policy change to ban posts calling for votes in military language. This is believed to be the result of Donald Trump Jr.'s criticism of using Twitter and Facebook to urge him to vote with a military phrase, 'Please join the election security operation.' ..

These Trump Jr posts (on FB & Twitter) clearly argue that the election will be stolen & are clear calls for confrontation / intimidation at the polls & a rejection of mail in ballots. Just incredibly dangerous stuff. Do we really think these small labels are gonna do anything? pic.twitter.com/Ku0zvYhZTM

Guy Rosen, Facebook's Vice President of Integration, said: 'Voting was done by using military language, using intimidation and control, or by showing power to voters and stakeholders. Facebook will remove the promotion, 'said the announcement. This policy does not remove the statement 'come to vote and join us', but it does remove phrases that are more explicit about combat and the military. However, this policy does not have retroactive power and does not apply to posts made in the past.

CEO Mark Zuckerberg believes in the 2020 presidential election that 'there is a potential for people to be exposed and violent, or at least some form of violence,' and the above policy changes It seems to reduce the risk of causing violence.

What are Facebook CEOs thinking when faced with a number of issues, including employee strikes, advertiser boycotts, and antitrust investigations? Voice leaked --GIGAZINE 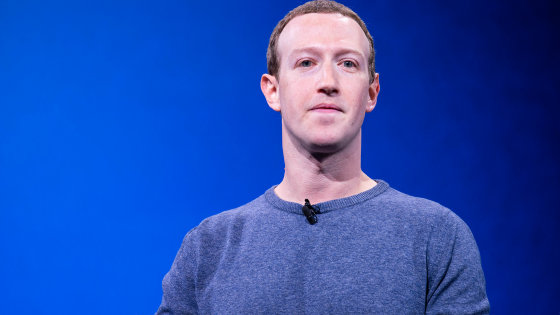 Facebook also announced that it will suspend political advertising on all Facebook services after the vote is over. This will reduce the possibility of operations performed while the votes are being counted.

'Advertising is an important way to express people's voice, but after the vote is closed on November 3, we will suspend advertising for social issues, elections, politics, etc. to reduce the possibility of confusion and violence. We will notify advertisers when the policy is lifted, 'Rosen said.