The world's only Godzilla Museum where more than 100 monsters await was a space where you can feel the history of special effects movies. Hyogo Prefectural Awajishima Park Anime Park Nijigen Nomori in Awaji Island, Hyogo Prefecture. Is permanently installed. It is said that there are irresistible exhibits for fans, such as models and dioramas used for actual movie shooting, and more than 200 monsters, so I actually visited the Godzilla Museum.

In addition, the following articles report on the attractions that are attached.

Experience report of 'Godzilla interception operation-National Awajishima Research Center', an attraction that is swallowed by a full-scale Godzilla with a total length of 120 meters --GIGAZINE The Godzilla Museum is located right at the entrance to the Godzilla Interception Operation-National Awajishima Research Center area. However, when you enter the museum, tickets will be collected together with the distributed smartphone case, so you should participate in the attraction before the museum. Immediately after entering the Godzilla Museum, you will be greeted by the Godzilla diorama that destroys Tokyo Station from ' 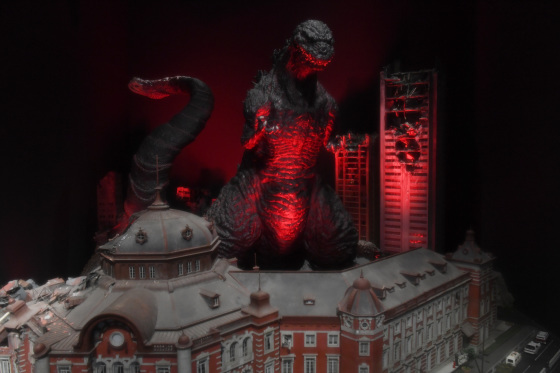 In front of the half-destroyed Tokyo Station, there is a crane car for injecting blood coagulant. A huge diorama of ' Godzilla x Mechagodzilla ' released in 2002 was also exhibited. It is said that the costumes actually used in the movie and their reproductions are used for the exhibition. In other words, the shooting scenery of the special effects scene of the movie is reproduced as it is as a diorama. Of course, because it is a diorama, a doll that reproduces the citizens who escaped was also placed at Godzilla's feet. Other valuable items are on display. The actual clay prototype of the perfect life form,

Destroyer, which appeared in ' Godzilla vs. Destroyer ' released in 1995, was exhibited together with the image board. Godzilla ' released in 1954 that triggered the birth of that Destroyer. In addition, a life-sized model of Godzilla in the Godzilla Interception Operation-National Awajishima Research Center is also on display. Compared to the doll of the same scale in the foreground, you will be amazed at its huge size. In addition, a diorama model that reproduces the famous scenes of successive series is also exhibited. For example, the following model reproduces the scene where Godzilla spits heat rays in the Hollywood movie '

Godzilla King of Monsters ' released in 2019. The posters of the previous 'Godzilla' series are lined up on the wall. In addition, in 'All Toho Monsters Total Advance', more than 100 figures of monsters that have appeared in Toho's special effects movies have been displayed. In that corner, figures of successive Godzilla were also lined up. Faces and physiques differ from age to age, and there are things that are fun just to compare. In the back of the museum, there was also a shop selling more than 200 kinds of Godzilla goods. There are some items that can only be obtained here, so if you are interested, please come visit us. 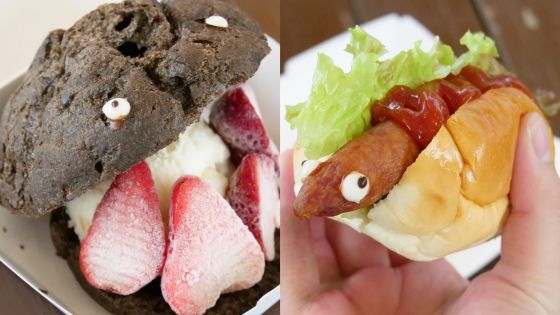