Towns that incorporate plants are being created all over the world so that you can feel nature even in the city. In Chengdu, Sichuan Province, China, a 'condominium full of green from the balcony' was built in 2018, but a large number of mosquitoes occurred due to the plants on the balcony, and of the 826 apartments in total, they moved in at the time of writing the article. It is reported that only 10 families are doing it, and the entire condominium has become an urban jungle rather than an urban forest.

The condominium built in 2018 with the concept of 'green in the city' was called 'VERTICAL FOREST' (vertical forest). The photo at that time looks like this. There is green on each balcony. According to a local real estate agent, all 826 apartment rooms were sold by April 2020, but Global Times said on September 9, 2020, 'A large number of mosquitoes are caused by the green of the balcony. Since it happened, only 10 families have moved in since the condominium was put on the market. ' You can see the state of VERTICAL FOREST that has become like a jungle because human care has not caught up with it from the following movie.


A balcony that looks more like a jungle with more vegetation than the photo taken in 2018. It's like shooting with a drone, and the camera goes through between the buildings. In May 2020, a movie called 'Wonderful' vertical forest 'resident community in Chengdu' was released on the YouTube channel of the Central Committee of the Chinese Communist Party's newspaper,


The concept of VERTICAL FOREST was created by architect Stefano Boeri. Mr. Boeri plans to build a VERTICAL FOREST in Nanjing, Jiangsu Province, China, but the apartment in Chengdu is not included in Mr. Boeri's project and seems to have been inspired by Mr. Boeri. ..

The VERTICAL FOREST, which was first built by Boeri in Milan in 2014, looks like this: 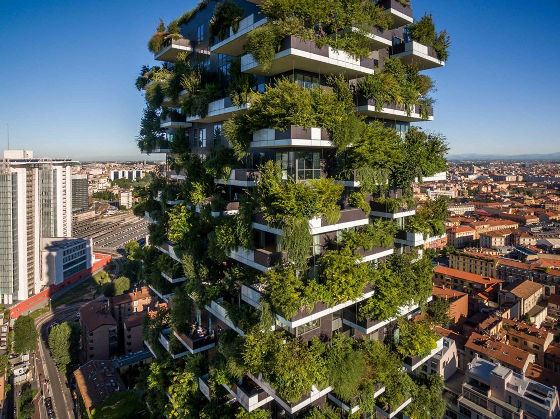 It is also registered as a 'vertical forest' on Google Maps, and seems to function as a tourist attraction and residence near the park without any problems. Word-of-mouth does not seem to be ruined.

There is also a registration on TripAdvisor, a travel word-of-mouth site ... At the time of writing the article, we did not accept it, but it seems that the room was once rented out for private lodging. 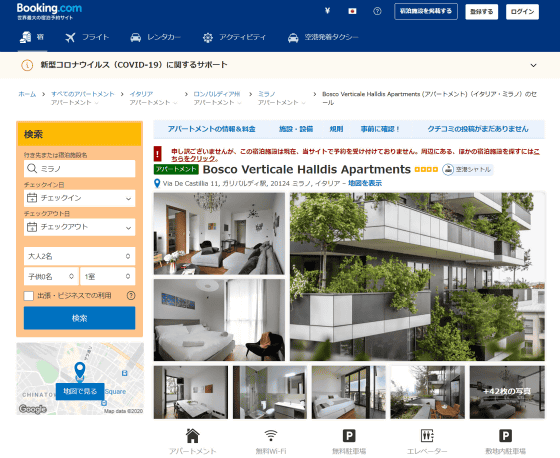 In addition to VERTICAL FOREST, Mr. Boeri is constructing 'LIUZHOU FOREST CITY', which looks like the world of Laputa, with the entire city building covered with plants and trees, in cooperation with the local government of Liuzhou, China. ... apparently ...

'LIUZHOU FOREST CITY' is under construction, which is full of fantasy and the whole city is covered with plants such as houses, hospitals and schools. --GIGAZINE Like VERTICAL FOREST, the veranda of the condominium is covered with green. From the concept image, you can see how big it is.