Hate speech on Facebook is leading to a genocide in Ethiopia 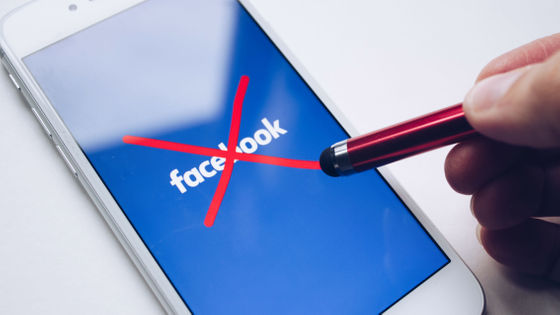 Ethnic conflicts are intensifying in Ethiopia following the assassination of singer Hachar Hundessa, who continued to sing Oromo advocacy throughout her life. There are many posts on Facebook that encourage demonstrations, riots, and discrimination, and Facebook has been accused of 'causing a genocide.'

Hate Speech on Facebook Is Pushing Ethiopia Dangerously Close to a Genocide
https://www.vice.com/en_us/article/xg897a/hate-speech-on-facebook-is-pushing-ethiopia-dangerously-close-to-a-genocide

The Oromo are the largest ethnic group, accounting for 40% of Ethiopia's total population. However, the ruling people in Ethiopia are the Amhara people who founded the Ethiopian Empire or the Tigre people who led the overthrow of the military government in the Ethiopian Revolution, and the Oromo people have been persecuted even though they are the largest people.

It is Mr. Hachal Hundessa who has continued the activity to break down the current situation of the Oromo people with songs. Mr. Hundessa was imprisoned for participating in protests, but he wrote and composed the lyrics in prison and released his first album 'Sanyii Mootii'. In the second album 'Waa'ee Keenyaa', he won the first place in the African music category of Amazon Music, established himself as a musician representing Ethiopia, and subsequently released songs that promote the unity of the Oromo people and resist oppression. I continued to do it.


'Art should not be under political pressure,' he said. 'Fundessa is in favor of the'reconciliation with other peoples' promoted by Abiy Ahmed , the first Oromo prime minister. , Abandoning the roots of the Oromo people 'has appeared on Facebook. There was growing criticism from Oromo nationalists for Mr. Hundessa.

Then, on June 29, 2020, an incident occurred in which Mr. Hundessa was assassinated while driving in Addis Ababa, the capital of Ethiopia. The man arrested was an assassin belonging to the Oromo militant group 'Oromo Liberation Front,' and said, 'The death of Hundessa will benefit the Oromo people.'

As the incident shook the whole of Ethiopia, the Ethiopian government 'blocked the Internet.' The Ethiopian government has taken steps to shut down the Internet in the event of heightened domestic tensions, such as the 2019 coup attempt . During the assassination of Mr. Hundessa, most of Ethiopia's Internet was cut off for approximately 23 days from 9 am on June 30, 2020 to the morning of July 23, 2020, the day after Mr. Hundessa's death. I did.

Welcome back #Ethiopia ! Real-time network data show much of the country and cellular network now back online ????

However, the Ethiopian government's blockade of the Internet did not prevent the overheating 'ethnic conflict' on the Internet. The assassination of Mr. Hundessa intensified hate speech and violence on the Internet. Many footage of attacks on specific religions and ethnic groups, incitement to Lynch, and burning of buildings and vehicles such as buildings and schools will be posted. In response to these posts, a large-scale assault and decapitation by a mob occurred, and as of July 8, about a week after the assassination, the death toll exceeded 230.

Facebook is said to be the main culprit that caused the intensification of riots through the Internet. According to Access Now , an advocacy group for freedom of expression, discrimination, and human rights on the Internet, Facebook's 'no action' measures promote hate and political polarization, leading to violent behavior. On the other hand, it has a devastating effect.

This isn't the first time Facebook has been accused of this. In 2018, Facebook was reported to the United Nations to have played a decisive role in agitating the Rohingya genocide of the Islamic minority in Myanmar, even called 'Kedamono.'

Facebook opened Africa's first content management center in 2019, but its community regulations have not been translated into Ethiopia's main languages, Amharic and Oromo. In addition, there are no full-time employees in Ethiopia, and the management of Facebook posts in Ethiopia is left to volunteers. This situation has led to criticism that 'Facebook's measures are not sufficient.'