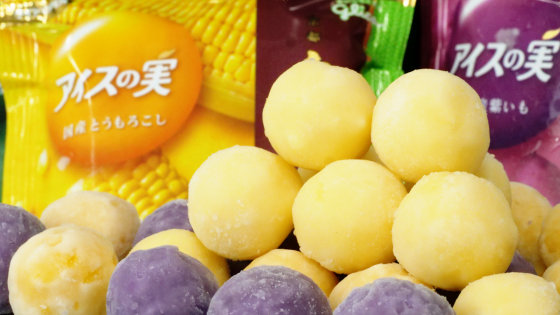 Kyoto Kicho ' has appeared in convenience stores nationwide in limited quantities since September 1, 2020. When it appeared only in department stores and mail order in the summer of 2019, it was said that the sales were higher than expected, ``Domestic corn'' ``Domestic pumpkin'' ``Domestic purple potato'' that does not use any flavors, colorings or artificial sweeteners I actually purchased and tried the three flavors of.

This is ice cream [domestic vegetable series]. From the left are domestic corn, domestic pumpkin and domestic purple potato. The package is the same size as regular ice cream. On the left is a picture of corn, and on the right is the Kyoto Kicho logo, giving it a slightly different atmosphere from the usual ice cream. A photo of Kunio Tokuoka, the head chef, is on the back of the package. 'It's a bite-sized gelato with the deliciousness of Japanese vegetables condensed into a single grain. It was finished without the use of flavors, colorings or artificial sweeteners.' Looking at the ingredients for domestically produced corn, dairy products, sugar, and corn powder were lined up, and certainly no flavors, colorings or artificial sweeteners were added. The type is 'Lact ice'. Since there was a 'Petit OPEN' cut on the top of the package that you can eat without touching it, open it from there... The fruit of corn-colored ice came out. When you eat it, you can feel the sweetness of candy that is not corn for a moment, but as it melts in your mouth, the gentle sweetness of boiled corn spreads. Although corn is rare as a 'sweets', many people call it 'ants'. The domestically produced corn of ice cream had a gentle sweetness that was perfect for 'summer oysters.' When I took it out of the bag, the total content was 12 including the one I ate before opening it on the plate. It's perfect for the afternoon when you want to eat something. 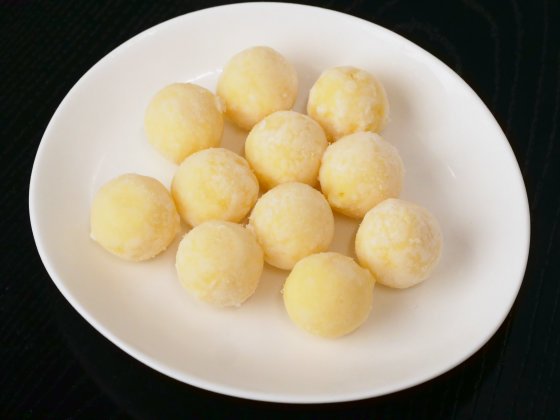 It looks like this when cut. Since corn gelato is coated with candy, the corn flavor spreads as it melts in your mouth. 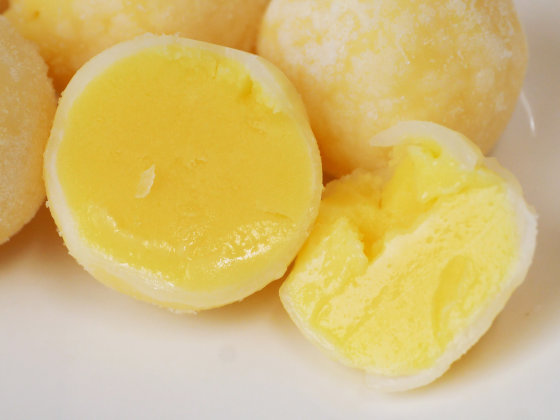 Next, I will try eating domestic pumpkin. When you eat this too, the gelato melts and the rich pumpkin flavor spreads. It has a slightly weaker flavor than the corn's 'overwhelming corn feel', but this may also be related to the original strength of the vegetables. Some ice cream series have a strong sweetness, which has a high fruit juice content and gives you the feeling that 'juice spreads and spreads.' However, the pumpkin is thick, but the overall finish is gentle. With a moderate sweetness, the scent of pumpkin will be lost in the aftertaste. 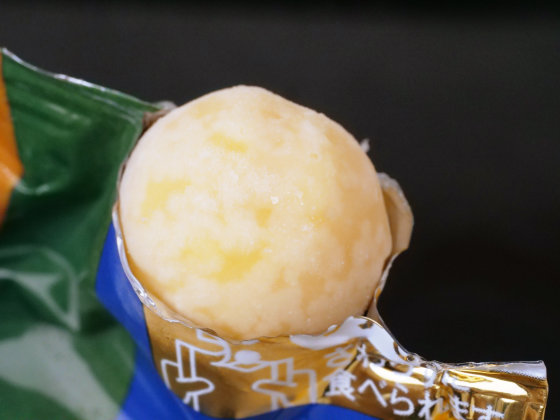 Looking at the cross section, it is a darker shade than corn. 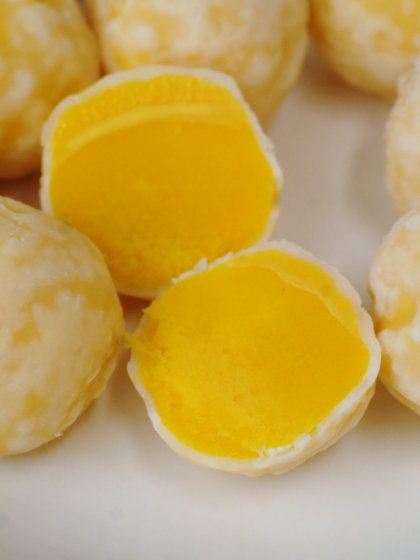 The last one is domestic purple potato. 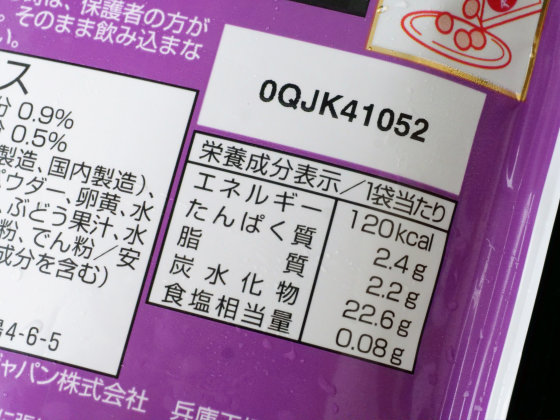 It is bright purple, but there is no coloring agent. Grape juice is used as the raw material, and it has a slightly grape-like flavor when you put it into your mouth, but immediately the characteristic scent of purple spreads in your mouth. 'Pumpkin' or 'purple' is the center of the identity, but since it's a gelato, I can't feel it. Still, it is truly true that the pumpkin and purple potatoes are accurately reproduced with just the scent, flavor and taste. The ice cream [domestic vegetable series] is 200 yen (excluding tax) and is sold in limited quantities at some convenience stores nationwide from September 1 (Tuesday).