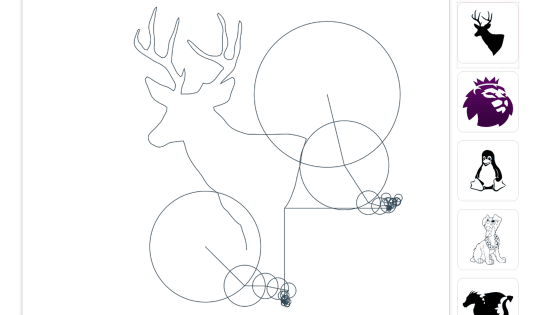 ' MyFourierEpicycles ' is an online service that can be used free of charge, where multiple circles move like robot arms and draw pictures automatically. It sounds difficult to hear when you ask, 'Draw a picture with an

epicycle by the Fourier transform, ' but it's easy to use, so I tried it out to see what it was like.

You can see how the picture is drawn by 'myFourier Epicycles' by watching the following movie.

The following sample is prepared on the page. Select one from the pictures on the right side…… 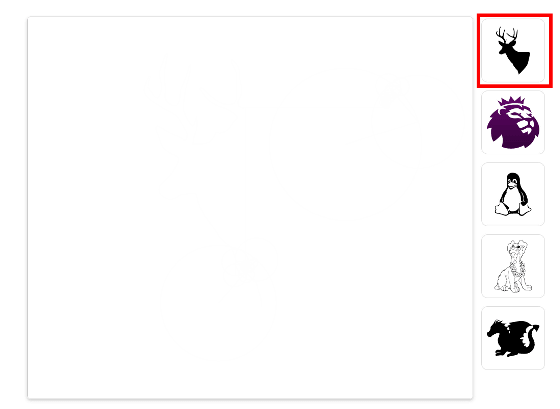 A lot of circles appear. A picture is drawn from the intersection of straight lines…… 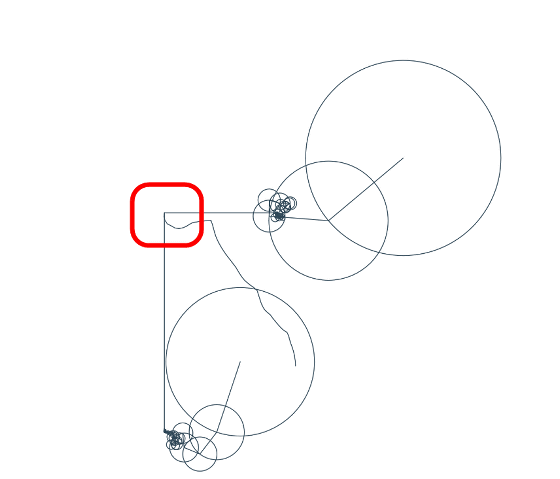 The illustration is completed. You can observe the automatic drawing process in this way. 'MyFourierEpicycles' is a drawing system that applies the Fourier transform corresponding to

SVG format images, and line drawings are drawn like a single stroke. 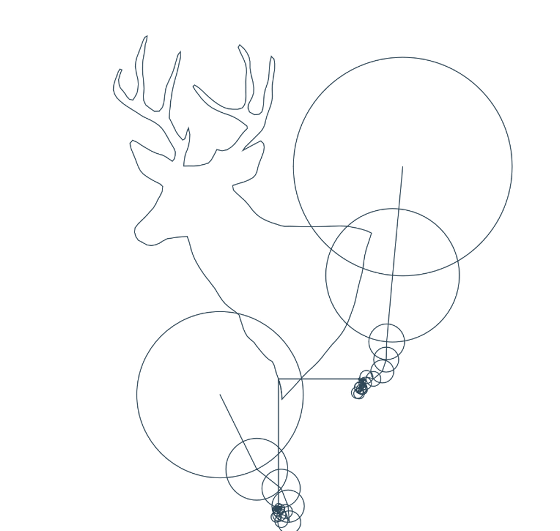 As you scroll through the screen, you will see something like a blackboard with the words 'Draw your own below!' 'MyFourierEpicycles' not only loads images and draws pictures, but also supports hand-painted pictures. If you draw on the blackboard, it's OK. 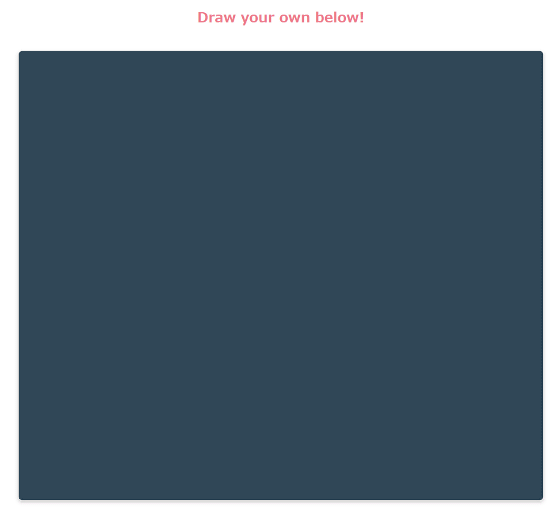 When you draw a picture by hand as in the following movie, automatic drawing will start immediately. Since the picture is drawn like a single stroke, the drawing side also needs to draw with a single stroke.


Also, it seems that you can click the 'Upload svg files.' below to upload an SVG file of 50 KB or less and see the automatic drawing, but at the time of article creation it did not work properly.

'MyFourierEpicycles' is software developed in open source, the source code can be downloaded from the following URL,