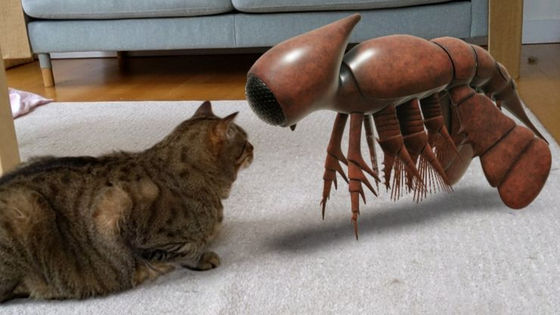 Google Arts & Culture ' application released on Android and iOS on the Apollo 11 which was a strange looking creature swimming in the pristine sea and the first moon landing in human history. We announced that we have included a function that allows the issue to appear in your home room etc.

Invite ancient creatures to your living room with AR
https://blog.google/outreach-initiatives/arts-culture/invite-ancient-creatures-your-living-room-ar/

'Arts & Culture' released by Google is a smartphone application that collects objects related to art works and cultures from around the world. You can understand how to install and use it by reading the following articles.

Google has greatly updated the ``Arts & Culture'' application that allows you to search museums and historical sites, such as comparing works in museums around the world by color and age-GIGAZINE 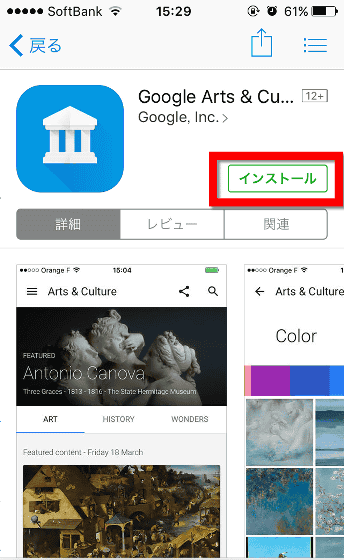 Michelle Luo, Product Manager for Arts & Culture, updated his official blog on August 25, collaborating with the London Natural History Museum in England and the National Darwin Museum in Moscow, Russia to see AR and other ancient creatures. We have announced that we have implemented the functions that can be done in the Arts & Culture app.

For example, the following is a Cambrian crustacean ' Cambropachycope ' discovered as a fossil in Sweden. It looks like a space creature that appears in the movie just like a alien helmet with a huge first eye that is said to be the oldest compound eye, but the real thing is a small creature with a body length of about 1.5 mm is.

Using Arts & Culture, you can make the skeleton of the

blue whale , the largest creature on earth, appear in a park nearby...

It is possible to put the command module of Apollo 11 on the street corner.

The 3D models of ancient creatures added this time are also posted on the special page of AR project of Arts & Culture that can be accessed from the browser, so you can enjoy them even without an AR-compatible smartphone. 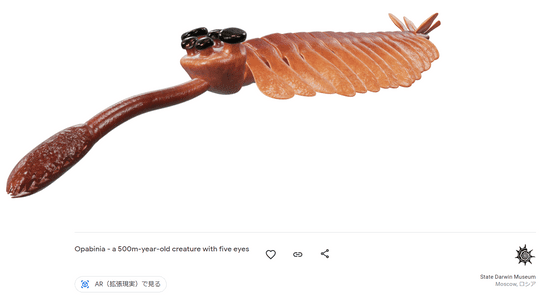