Does Epic Games accuse Apple of any wins, and what is the expert's view? Local time, August 13, 2020, Epic Games sued Apple and Google for a high '30% of sales' charge on apps delivered through the App Store or Google Play. Florian Muller, an expert on smartphone patents and antitrust law, has a history of undertaking litigation such as Apple v Samusung and Oracle v Google for the outcome of this case and Epic Games' win, and famous Apple Ana Neil Cyberto, known as the list, analyzes each.

Dissatisfied with the high fee of '30% of sales' imposed on apps distributed on the App Store, Epic Games did not go through the App Store to the iOS version of its popular game ' Fort Knight '. Introduced a new system for purchasing in-game currency. The system said Epic Games didn't have to pay a fee, but Apple removed Fortnite for iOS from the App Store due to a breach of terms. In response, Epic Games has started a lawsuit against Apple seeking 'fair competition.' It also sued Google, saying Google Play, which charges a 30% fee, which is the same rate as the App Store, is a problem.

What Epic Games is seeking in this lawsuit is allowing in-app purchases that do not go through the App Store or Google Play. Epic Games claims that 'competition between app stores, especially between payment service providers will benefit consumers', and 30% of the fees imposed by Apple and Google on their stores are generated by 'tax' 'monopoly' It is said that it is 'proportion'. Muller said, 'Epic Games' real hope is to reduce the commission by 30%', but as a stepping stone to achieve it, we are asking the App Store and Google Play to accept unofficial payment methods such as Paypal. I pointed out.

The lawsuit between Epic Games and Apple/Google is expected to be subject to the 'antitrust law.' But Muller predicts, 'Epic Games will have a hard time.' On August 11, 2020, the Federal Court of Appeals in San Francisco told Qualcomm, a major semiconductor maker, that the failure to supply semiconductors to smartphone makers who didn't pay enough licenses would be an abuse of their superiority. dismissed the appeal of the FTC), 'while very competitive also not exposed to illegal anti-competitive behavior,' ruled the judgment single item cited, 'hurdles to be certified with the antitrust laws is high.' I pointed out.

Muller, who specializes in antitrust law, says many of these lawsuits will be settled in a year or two. However, Epic Games did not seek special treatment for Epic Games in the complaint, and stated that it would like to bring about drastic reforms to the platforms of Apple and Google, so a full confrontation rather than a settlement by transactions It is likely that you want it. As a result, 'it will take more than five years to settle,' Muller sees, as the case is likely to reach at least an appeal. 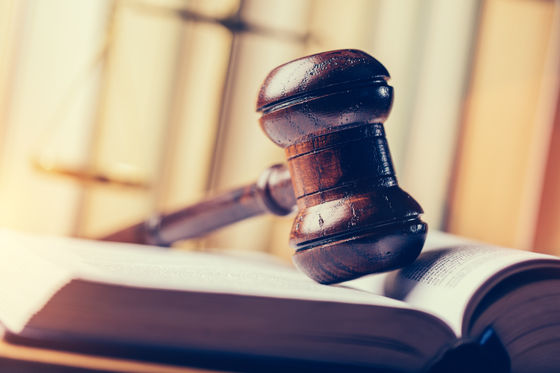 Meanwhile, Cybert, an analyst specializing in Apple, explains the 'economic issues with the App Store.' Mr. Cybert stated in his opinion, 'The commission of 30% in the first year is equivalent to other platforms and is fair'. However, regarding the fact that the fee will be uniformly 15% from the next fiscal year, I commented, 'It is more rational to lower the fee from 15% depending on the contract period'.

In addition, Cybert said that the App Store profit margin is 'less than most people would imagine.' Although the App Store revenue is not disclosed, Apple points out that Apple is not desperate for App Store fees because the App Store accounts for a small percentage of Apple's total annual sales. did.

Cybert said the App Store guidelines were designed with the user experience in mind, not the revenue, 'the App Store is a mechanism for securely delivering apps to one billion App Store users.' And commentary. He complains to Epic Games that he is 'thinking only about himself, not about consumers or independent developers.'

Tim Sinney, CEO of Epic Games, said, '1 billion iOS users around the world have given Apple the remorse for platform restrictions and the freedom and rights enjoyed on the world's open computing platforms, including Windows and macOS. I hope to start the historic reform that will bring to

'We hope that Apple will reflect on its platform restrictions and begin to make historic changes that bring to the world's billion iOS consumers the rights and freedoms enjoyed on the world's leading open computing platforms including Windows and macOS.' pic.twitter.com/cRJRO8dQbG