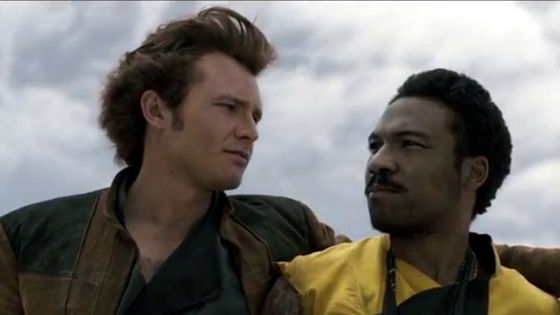 Han Solo/Star Wars Story ' The video replaced by Harrison Ford who played. The same kind was produced in 2018, but this image has a bright scene, and the impression is that the composition accuracy is higher.


Mr. Shamook produced it, and the video is roughly divided into three scenes. At the beginning, the scene where the solo surrounds the fire with mentor Beckett (act: Woody Harrelson) and Chewbacca.

The face dimly lit by the flame is Han Solo, which is completely played by Harrison Ford.

The second scene is a scene where three people, Beckett, Solo and Chewbacca, are in the snowfield after the train robbery.

Here is a comparison video of Alden Airenlike and Harrison Ford side by side. Although Harrison Ford's facial expression does not seem strange at all, hairstyle etc. may be a little strange.

And finally, Han Solo and Land Karlisian (act: Donald Glover) in front of the Millennium Falcon.

Land's 'I hate you.' word, 'I know,' and Han solo returns with a line familiar to the series. The face is too fit and I want to see what replaced Rand with Billy Dee Williams who played the original series.