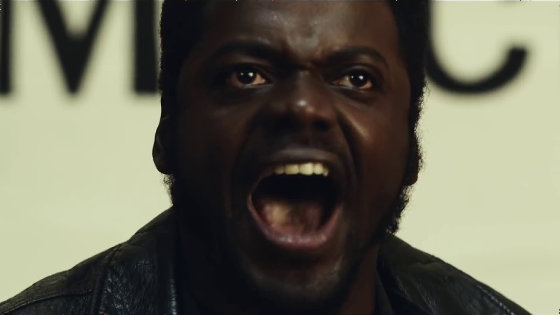 Fred Hampton, who was prominent as a member of the Black Panther Party who had genius leadership and charisma and was engaged in the national liberation struggle, police on December 4, 1969, who made the charisma dangerous Was assassinated by the attack. A trailer of the movie ' JUDAS AND THE BLACK MESSIAH ' depicting the backside and betrayal of the assassination what has happened before the assassination of Hampton is released.


The back view of the man was projected.

Turns around, the man calls himself 'Vice Chairman, Fred Hampton of the Black Panther Party in Illinois.'

Hampton on the stage, at the center of the rally (act:

People who repeat the word.

A white man with a closed mouth and a smile (act:

O'Neill had been arrested for stealing a spoofing car at the FBI prior to the rally.

And the prosecutor in charge of this time...

It was Roy Mitchell, the man who smiled in the crowd.

Instead of avoiding lawsuits, O'Neill makes a 'promise' with the prosecution.

At this time, Hampton is only 20 years old.

Establish the Black Panther Party and the Rainbow Alliance as socialists to form an alliance between gangs...

He was becoming famous for his charisma and leadership, saying that he could communicate with university professors.

Blessed with a lover...

I was enthusiastic about educating my children.

However, it seems that the prosecution thought that the purpose of the Black Panther Party such as Hampton was 'to sow seeds and cause terrorism.' O'Neill, who worked with the prosecution, strongly denies the prosecution's opinion that they are not terrorists.

“We can kill liberators, but we can't stop the liberation movement,” says Hampton.

'I can kill a revolutionary...'

'The revolution cannot be stopped'

The muzzle is pointing at the police from the window of the building.

In the building, Hampton shouts, 'You can't stop freedom even if you kill those who fight for it.'

In an enthusiastic crowd……

O'Neal had an anxious look.

The prosecutor is beyond the line of sight.

A secret agreement that is exchanged.

Black liberation movements are getting bigger and bigger.

A fierce shooting battle will unfold.

Being surrounded by the police……

'I will die for people because I love them'

'And I live for others'

'It's because I love people.'

'JUDAS AND THE BLACK MESSIAH' will be released in 2021.