What is the reason why the basic income that earns money just by living is 'capitalism 2.0'? Robinson said of the merits of capitalism: 'Even the most hardcore anti-capitalists have capitalism and technology enriching the world, and a safe and comfortable life that was only enjoyed by royal aristocrats centuries ago. I can't help but respect the fact that it is.'

But on the other hand, Robinson pointed out that GDP growth has slowed in recent years, even in the United States, where productivity and trade economies have grown due to capitalism, ``this is the end of modern capitalism. It means that there is a need for a new paradigm for the 21st century.'

The following is a graph showing the annual growth rate of US GDP from 1948 to 2020. True, we see that, despite some pretty big waves, US GDP has consistently been on the decline.

According to Robinson, the reason why modern capitalism is reaching its limits is that

supply-side economics is becoming dysfunctional due to the widening gap.

Supply-side economics, as its name implies, is a group of macroeconomics that emphasizes the supply side. From this standpoint, it is said that products will become cheaper over time, but it does not mean that it will be infinitely cheap, so the limit that 'a huge amount of investment is required to make it cheaper' Dots arise. When companies face this situation, they are unable to reduce the prices of services and products as much as they need to get new customers, which in turn limits demand.

On this, Robinson said, 'The inequality isn't bad. For the last few centuries, economic development has made the rest of the world, even if the top people have become unimaginably rich. People were also able to get rich enough, but as a result of the globalization of the economy and the concentration of most of the money at the top, people at the bottom of the pyramid of wealth could spend money on buying products. I've run out of demand, and I'm running out of demand.' 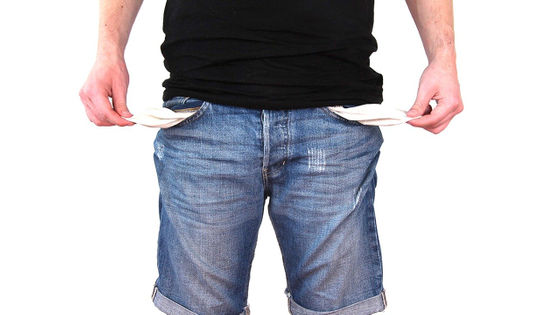 Robinson proposed several solutions to this situation. The first and first is '

nationalism .' The idea is to protect the domestic economy by returning duties to jobs that were outsourced to countries with low wages or returning the production bases of products that were produced overseas to their own countries, such as by applying tariffs on overseas products and services. is. However, doing so would reduce overall wealth because it wouldn't be made where the products were most efficiently produced, undermining the essential elements of capitalism, Robinson said. I am.

The second solution is ' socialism '. The idea is that the government controls money by making full use of the legal system. However, the problem of becoming inefficient because the government does not always provide optimal distribution is contrary to the idea of capitalism.

The third solution is to leave it alone. But this is a Robinson joke. ``Given the history of the past, if it stays in this state, the economy will stagnant for decades, or the people at the bottom of the pyramid of wealth will get angry and cause a violent revolution, so this is You should avoid it,' says Robinson. The fourth solution that appears there is 'Universal Basic Income.' Universal Basic Income, which provides uniform payments to all citizens, enables people with low incomes to obtain a certain amount of wealth, resulting in demand. In addition, it does not hinder an efficient global economy, and the government does not costly select the people to receive benefits, so that the negative effects of nationalism and socialism do not occur.

Robinson added at the end of the article: 'It's clear we're in a new era of exponential wealth growth, but globalization and automation are slowing growth. Many solutions end up being By the way, we are going to step back in progress and bring us back to the poor past, but Universal Basic Income can be compatible with capitalism, so that everyone can enjoy the benefits of growth. It will be.'