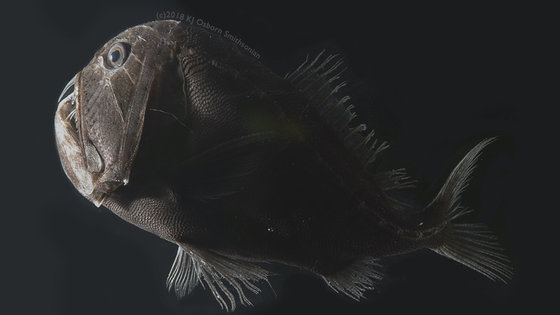 In deep water, where little or no light comes from the surface of the sea, many living creatures produce light with

bioluminescence to look for prey. However, researchers at the Smithsonian Natural History Museum report finding fish that evolved based on the exact opposite survival strategy of 'absorbing almost all the light that hits the skin.'

Karen Osbourne, a researcher at the Smithsonian Museum of Natural History, took the following picture with four strobes attached to Canon's EOS 6D Mark II 65mm microlens. Fish which was pulled up by the fishing boat, fangtooth fish is a type of the genus (Anoplogaster cornuta). 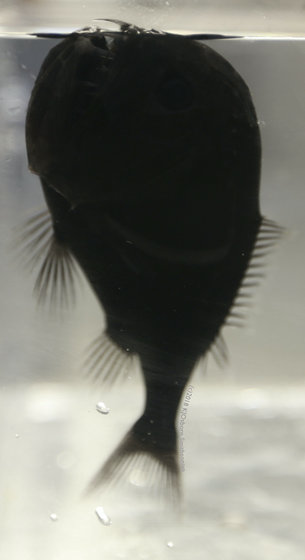 However, the whole body became black no matter how many times it was shot while changing the camera settings and lighting conditions. The following photos were finally taken by adjusting the contrast and applying a high-pass filter uniformly over the entire image. 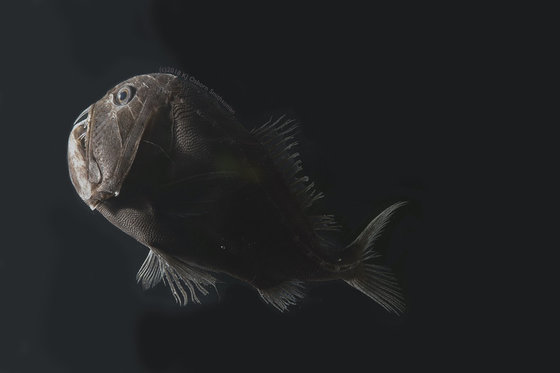 “I wonder if this fish's skin absorbs light,” said Osborn, and worked with Duke University biologist Zonke Jonssen to measure the percentage of light absorbed by the fish's skin. As a result, it was found that more than 99.5% of the light that hit the skin of the fish in question was absorbed.

As a result of repeated investigations, it was found that dermal cells, which are deeper than the epidermis of fish, contain a large amount of organelles called '

melanosomes ' that encapsulate the light-absorbing pigment melanin . The research team believes that this melanosome-rich skin acts as a powerful camouflage in the deep sea. In addition, Osborne et al. identified 16 black fish that absorb most of the light, similar to the fish of the genus Oleander. Most black fish out of the '16 species, substances and absorb 99.96 percent of the light vantablack we found that was black on the same level. Vantablack will confine the light in the carbon organization in the dense state But this fish absorbs light with a melanin pigment,' says Osbourne.

The secret of ``Super Black Bird'' with 99.95% of light absorption and wings that can only be seen as black is revealed-GIGAZINE 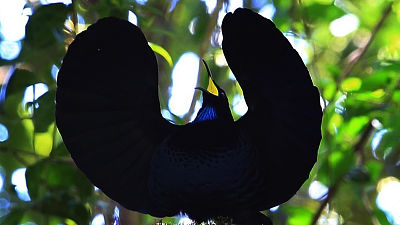 The research team said the ultimate goal of the study was to apply a much cheaper and easier way to manufacture the black material used for the internal coating of optical instruments such as telescopes and cameras.