What are the characteristics of people who have 'victim awareness' and what are the causes? The Tendency for Interpersonal Victimhood: The Personality Construct and its Consequences
(PDF file)

Whether you have a consciousness of being a victim can be measured by the following four items. For each of the following 4 items, please rate it in 5 levels, with 1 being 'not applicable at all' and 5 being 'completely applicable'.

1: It is important for me to recognize that the person who hurt me is 'improperly treated.'
2: The way people treat themselves is more conscientious and moral than those who treat themselves.
3: When someone close to you is hurt by your actions, it is important to clearly show that your actions were correct.
4: I can't stop thinking about the unjust acts that others have done to me.

When all questions are evaluated 4 to 5, it can be said that the person is psychologically 'more likely to have a sense of victim in interpersonal relationships.'

Rahav Gabay, a psychologist at Tel Aviv University in Israel, and other research teams said that the 'trend in victimism' was 'I feel that I am a victim continuously, and that it is generalized in many relationships.' As a result, the center of my identity is to become aware that I am a victim.' 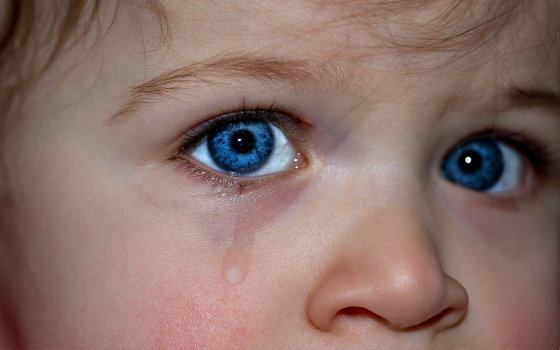 According to the research team, the 'trend of victim awareness' consists of the following four elements. This is a paraphrase of the first four items.

1: People are always seeking the recognition of victims
2: moral elite
3: Lack of empathy for the pain and suffering of others
4: Often ruined past damage experience

Researchers say that 'trauma' and 'damaged' are different in the process of creating awareness of victims. Because the victim consciousness is actually created without serious damage or trauma. On the contrary, researchers also point out that a person who is seriously traumatized does not necessarily have a consciousness of being a victim. This is because the psychological process and its consequences differ between being victimized and actually being victimized.

The four items are explained below in detail. This reaction is also natural for victims who want the perpetrator to acknowledge their mistakes and show guilt. Previous (PDF file)

surveys have shown that confirming your 'experiences' is important for recovery from trauma and awareness of damage.

◆ 2: Moral elite
Moral elitism is a mechanism for protecting yourself from deeply hurt emotions and maintaining a positive self-image. People who are under intense stress tend to deny their aggression and impulsivity and project themselves to others. Take others as a threat and identify yourself as a persecuted, weak, moral person. By distinguishing yourself as a 'holy person' and others as 'pure evil,' you are protecting your self-image. However, as a result, your growth is hindered, and you and your world cannot be seen from a more complex perspective.

◆ 3: Lack of empathy for others' pain and suffering
A person who scored high in the item 'It is important to clearly show that what you did was correct when someone close to you was hurt by your actions' is 'I am a victim' I have only thoughts and don't realize that people are suffering. (PDF file) In the past research , those who were mistreated or remembered about improper treatment ignored the suffering of others and said, “I can act aggressively and selfishly” It shows that you have a tendency to think. It is said that such people often cannot seek help from others as a result. Studies also show that increasing victim awareness within a group reduces empathy for hostile groups and increases conflict. 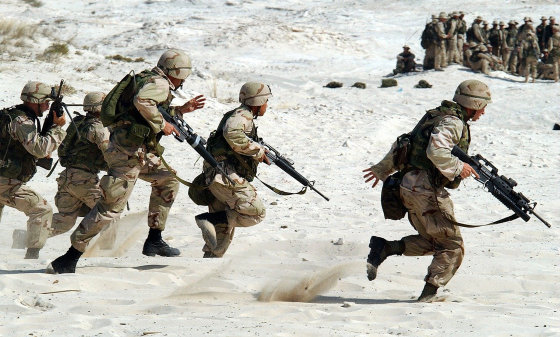 ◆ 4: Often ruin past damage experience
Those who are often prone to ruining past experiences will talk about the causes and consequences of their interpersonal relationships rather than figuring out solutions. However, it is said that such rumination acts will cause people to attempt review and reduce their motivation for forgiveness. Group-level analysis has also shown that affected groups repeatedly violate the events that caused trauma. For example, in Jewish schools in Israel, the Holocaust materials and curriculum are increasing year by year. The modern Jews are not the direct victims of the Holocaust, but the Israelites are fascinated by the Holocaust and fear that it will happen again, the researchers note.

When an interpersonal conflict arises, people try to maintain a positive and moral self-image, which can result in completely different subjective facts from both parties. In other words, people who do unjust acts underestimate the unjust acts, and victims tend to perceive the acts as more immoral, intentional, and serious. This way of thinking has a fundamental effect on how people recognize and remember. Researchers have indicated that 'interpretation bias,' 'attribution bias,' and 'memory bias' characterize the tendency of victim awareness.

・Interpretation bias
There are two types of interpretation bias, one is related to 'aggression in human relationships'. Researchers say that those who are more likely to be victims will accept less serious aggression, such as 'no help,' and more serious attacks, such as 'attacks on humanity.'

The second interpretation bias is to hurt in the future, and those who have a high tendency to be victims will be able to 'see no thought' when a new manager comes to their department even if they have not met yet. Studies have shown that it's easy to think that 'it won't help'. ・Attribution bias
In addition, people who have a high tendency to be victims are more likely to think that the person who performed the unfair act has a negative intention. It is easier to feel that. In 2005, it was shown that the degree to which a person feels that a terrible event that occurred in a relationship was intentional is related to how terrible the event is. Is also consistent with the study results showing the existence of attributional bias.

・Memory bias
In addition to the above, people with a high tendency to be victims are likely to remember aggressive behavior, feelings of being hurt, and words expressing negative feelings. It has been found that people who have a high tendency to be victims in interpersonal relationships do not often make positive interpretations, and it is difficult to remember positive words. It is believed to do.

In addition to the above, those who have a high tendency to be victims do not often forgive others and are willing to take revenge.

◆ Where does the consciousness of the victim come from?
There are a number of possible causes that give rise to the consciousness of the victim at the individual level. However, researchers believe that 'anxiety' in attachment behavior is strongly associated with victim awareness. The anxious type tends to seek approval and ongoing confirmation from the other person, and acts in a way that does not question their worth. On the other hand, I feel that the anxiety type is rejected by others, but I feel that my value and self-esteem depend on the other party. Therefore, we try to stabilize unstable human relationships by getting attention, compassion, and evaluation from the other person.

However, in modern times, there are many individuals and groups that have political and cultural consciousness as victims. The study samples Jewish Israelis and may not apply to everyone in the world, but it's important to remember that awareness of victims in the process of socialization Inputting means that it is also possible to input 'growth ideas' in the process of socialization. Trauma does not necessarily mean that a person becomes victimized. Researchers say that if you have a trauma, you can take advantage of that experience and give hope to someone with a similar experience. Even if you look at the group level, if you can learn that it is possible to have a healthy pride within the group without hateful people outside the group, things will change drastically. By looking at the reality as clearly as possible, you can realize that you or someone outside your group is not necessarily evil, but that you are essentially the one who seeks the same. This is a key step in making long-term change, researchers say.