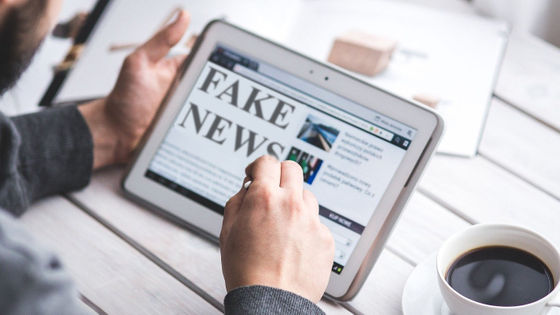 Facebook has unlabeled fake news previously posted on a CO2 Coalition , a climate change denial group claiming that carbon dioxide emissions are good for the environment. Regarding this change in Facebook policy, the news site dedicated to energy and the environment, Environment & Energy Publishing , pointed out that 'a big loophole has been made in Facebook's fake news certification rule.'

CO2 Coalition | Global Warming: Facebook Thinks Its Opinion Is Better Than Yours
http://co2coalition.org/2020/06/12/global-warming-facebook-thinks-its-opinion-is-better-than-yours/

On the CO2 Coalition page titled 'CO2 FUNDAMENTALS', 'CO2 is an essential nutrient for life. If the concentration of CO2 is higher than the current level, the growth of plants, trees and crops It will be faster and more efficient. Plant growth is essential for humankind.' 'Even if the concentration of carbon dioxide doubles, the surface temperature of the earth will rise by 1 to 2 degrees Celsius. It's very small, and plant growth actually benefits life on Earth.' Many studies of climate change have been conducted these days, and it has been confirmed that carbon dioxide continues to raise the temperature of the earth at an unprecedented rate. As a result, many scientists have warned about the effects of climate change. According to the CO2 Coalition, Facebook's metamorphosis is due to the positive efforts of the organization. The group explains that 'conservative' Facebook employees have intervened in the fact-checking decisions, creating 'loopholes' in the rules.

According to Environmental & Energy Publishing, a news site that specializes in energy and the environment, Facebook does not consider fake news about climate models to be just an 'opinion' and is not subject to fact-finding. In addition, Environment & Energy Publishing has accused Facebook of deciding that the scientific paper cited by CO2 Coalition is an apologetic for cherry-picking .

Environment & Energy Publishing pointed out that climate change denial groups such as CO2 Coalition are spreading their claims by posting on social media such as Facebook, as the media are no longer covering news denying climate change. Facebook's failure to deal with fake news has raised concerns that false claims about climate change could be spread.