Hagendaz's new work 'almond &amp; milk' 'Golden pine &amp; mascarpone' with a new sense of 'grilling' with a swirling mix appeared, so I tried eating it 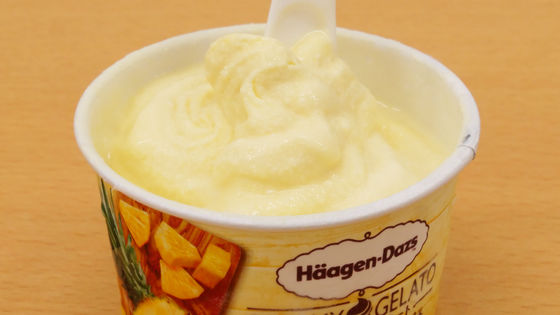 In the new Haagen-Dazs series 'CREAMY GELATO', ' almond & milk ' that brings out the flavor of the material by using almonds with the skin, and golden pine with a strong scent and sweetness, mellow richness and richness Two new works called ' Golden Pine & Mascarpone ', which combines mascarpone that can enjoy sweetness, have been available for a limited time from June 23, 2020 (Tuesday). I actually bought and tried two gelatos that I would like to eat as they are, and after eating a little bit, I can eat it after mixing it with a spoon and eating it 'meat'. classified as an ice cream with a milk solid content of 10% to less than 15%. Ingredients include cream and almond paste, and the calorie content is 202 kcal. 'Golden Pine & Mascarpone' is also classified as ice milk as a type of ice cream. In addition to concentrated pineapple juice, mascarpone cheese and other ingredients. The calorie per one is 179 kcal. 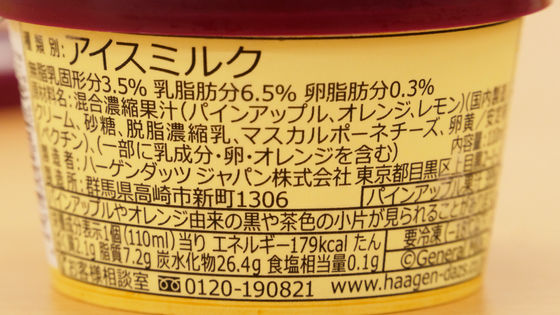 That's why I will eat it at once. First of all, from 'almond & milk'. It looks like a marbled pattern of white milk ice and brown almond ice. 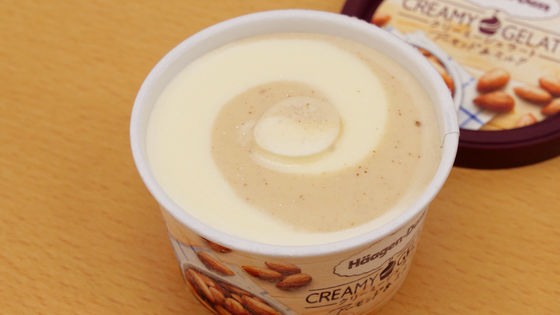 First of all, when eating the milk ice part, the rich milk flavor and mellow texture like rich milk are characteristic. I was wondering if I was using the rich milk as it was, but according to the developer interview , I changed the milk thickness to adjust the balance of the taste with almond ice. The taste is stable, but since it's quite rich, it's a bit terrible to eat in the summer. 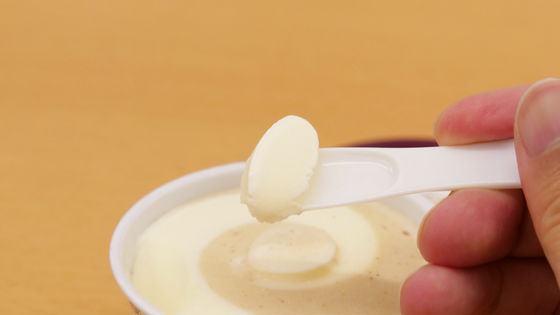 When I tried the almond ice part, it was also quite thick. Characterized by the nutty aroma and natural sweetness. 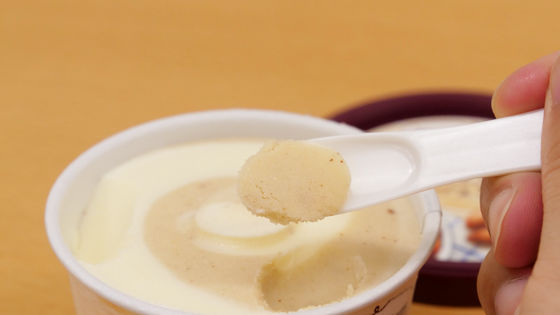 If you eat a little and then mix it with a spoon and knead it well, you can feel the change in texture and taste, so let's try it. When kneaded, the texture changes subtly and gently. When mixed and eaten, the flavors of the two ice creams are mixed in a good balance, but the flavor of the main character, almond ice cream, tends to win. Still, the richness of milk is added, and the finish is refreshing despite the overall richness. 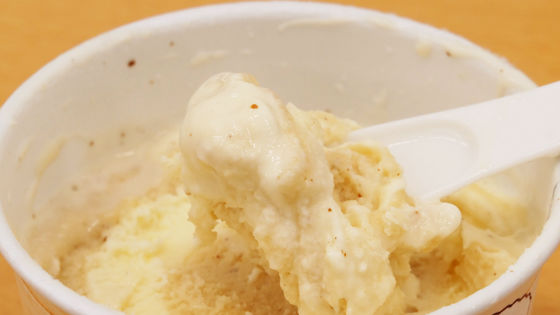 Next, I will try 'Golden Pine & Mascarpone'. 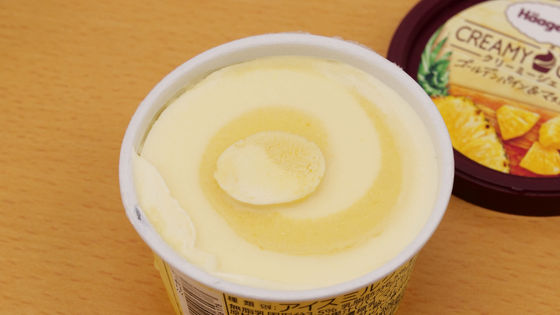 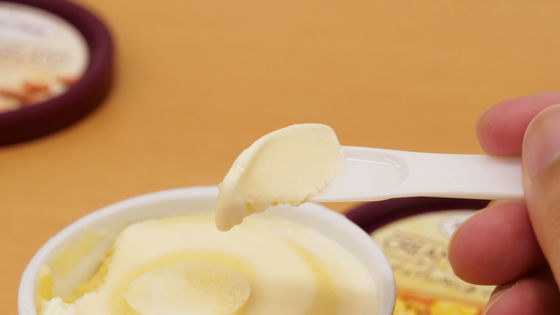 Golden pine ice cream has a concentrated sweetness and acidity of pineapple, and has a smoother texture and a stronger gelato feel than other ice creams. It has a sweet and sour taste like summer, but it is too rich to eat alone. 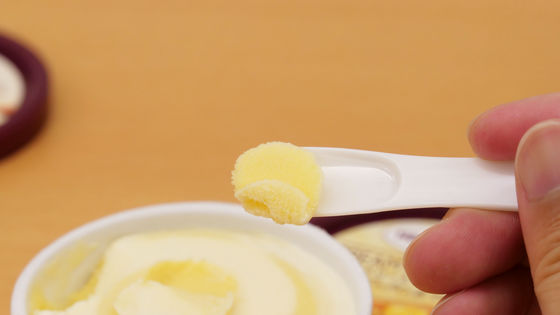 When I try to eat this as well, Mascarpone neutralizes the intense sweetness of Golden Pine, and it also adds richness not found in Golden Pine Ice, so it was better to overwhelm .. 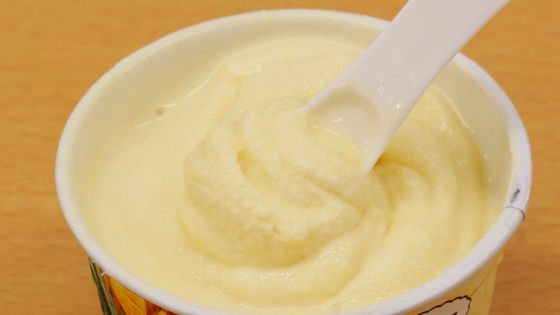 'Almond & Milk' and 'Golden Pine & Mascarpone' are on sale for a limited time at 295 yen excluding tax.