pollinating pollen attached to pistil , but in recent years, it has been pointed out that the number of individuals such as bees, which play an important role in pollinating through pollen, is decreasing. The development of robots that pollinate agricultural products is also underway. Under such circumstances, a research team of Associate Professor Eijiro Miyako of the Japan Advanced Institute of Science and Technology may develop a novel method of using a soap bubble to mediate pollen, and complement the bee's work. It is reported that.

If we can't save bees, soap bubble pollination could help-CNN
https://edition.cnn.com/2020/06/17/world/soap-bubble-robotic-pollination-study-scn/index.html Agricultural crops such as fruits rely on honeybees for much of their pollination work, but in recent years, honeybee populations have declined globally due to the use of pesticides, other insect species or parasites, and climate change. doing. Farmers are taking measures such as hand pollination, because the plants do not produce fruit unless they are pollinated, but manual pollination is a heavy burden for farmers. “Farmers really want a convenient method of automated pollination,” says Associate Professor Miyako, who points out the need to develop a new method of artificial pollination.

You can use a machine to spray pollen instead of humans or insects, but if pollination fails without attaching pollen to the pistil, fruit will not be produced and pollen will be wasted. So, in 2017, the research team of Associate Professor Miyako announced the

results of research using a small drone to transmit pollen. The total length of the drone was only about 2 cm, but there was no automatic control system, so it was a problem that the drone would damage the flower if it hits the flower. 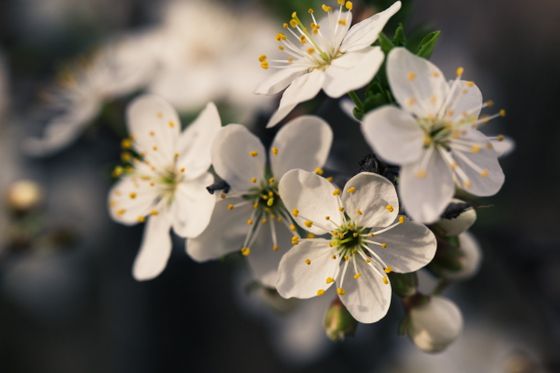 After confirming that soap bubbles can carry pollen using light microscopy, Associate Professor Xi Yang, co-author of the paper, tested and neutralized five different commercial surfactants. We have found that a surfactant called ' lauric acid amidopropyl betaine ' is most suitable for pollination. Lauric acid amidopropyl betaine can be used to efficiently produce many soap bubbles with a bubble gun, and compared to other surfactants, good results can be obtained for pollen germination and pollen tube elongation after pollination. I heard that.

The research team investigated the ingredients of the soap solution most effective for pollination in the laboratory, adjusted the pH of the aqueous solution containing 0.4% lauric acid amide propyl betaine to 7.0, and it is important for pollen germination etc. Developed a soap bubble solution containing The actual amount of pear pollen mediated by soap bubbles did not decrease even after 3 hours from pollination, and the amount of pollen activity was higher than when pollinated as it was or when mixed with an aqueous solution and pollinated. It was also confirmed that there were many. 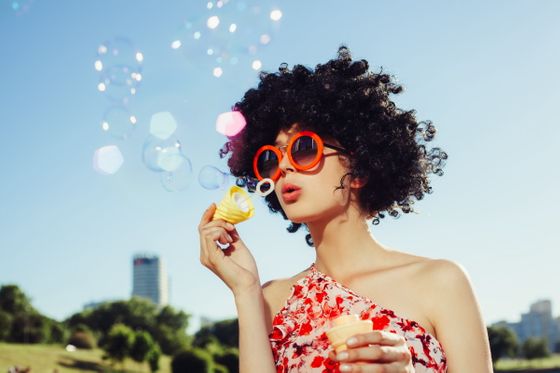 Associate professor Miyako and Mr. Yang also conducted an experiment of filling a bubble gun with a soap solution containing pear pollen and actually spraying soap bubbles in a pear orchard. After observing the pistil using a fluorescence microscope one night after spraying, it was found that the pollen contained in the soap bubbles had successfully adhered to the pistil and the pollen tube had grown. At this time, it was confirmed that spraying as many as 50 soap bubbles on one flower would reduce the number of pollen and shorten the length of the pollen tube, so it is counterproductive to hit soap bubbles too much. Is also suggested.

Based on this result, in another experiment, 2 to 10 soap bubbles were sprayed on one flower and the progress was observed, and it was confirmed that the pear formed fruits after 16 days. The rate of fruit formation in the group pollinated with soap bubbles was 95%, which was almost the same as manual pollination work, which was much higher than 58% when artificial pollination was not performed. That's right. In addition, the number of pollen contained in each soap bubble is about 2000 pieces, which is also an advantage that artificial pollination can be performed with a much smaller amount of pollen than manual work or pollination work using a sprayer.

'No significant differences were observed between the different pollination methods. In fact, the size and shape of the pear fruits that were pollinated with soap bubbles were similar to those that were pollinated manually. 'It looks' 'Compared to other types of remote pollination, functional soap bubbles have innovative potential and unique properties. For example, to deliver pollen to target flowers efficiently and conveniently, High flexibility allows us to avoid damage,' said Associate Professor Toh. 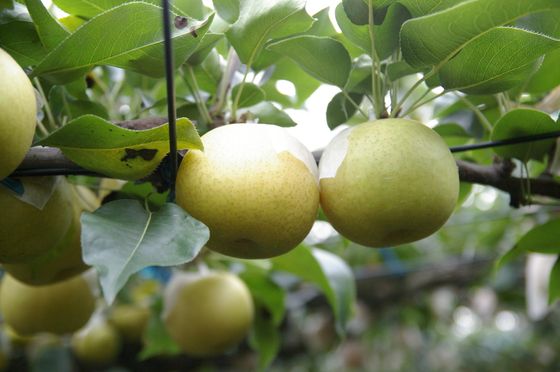 Finally, the research team also conducted an experiment combining an automatic soap bubble generator that produces about 5000 soap bubbles per minute with an autonomous drone controlled by GPS. When I tried a method of hitting a soap bubble with an artificial flower lily using a drone, it seems that the slower moving drone was able to hit the soap bubble more effectively, with a success rate of nearly 90% at a speed of 2 m per second. It was achieved.

James Crall , a researcher on pesticide and honeybee health at Harvard University, said in a statement : 'Soap bubbles are used as a delicate and small flower-interacting means for pollination.' This method is really clever.'

On the other hand, soap bubbles are susceptible to wind and rain, so when using them outdoors, dealing with the climate has been cited as one of the challenges. Also, Dr. Miyako's research team plans to tackle the problem of waste generated in the process of delivering pollen because many soap bubbles can not reach the flower and break even if this method is used. ..