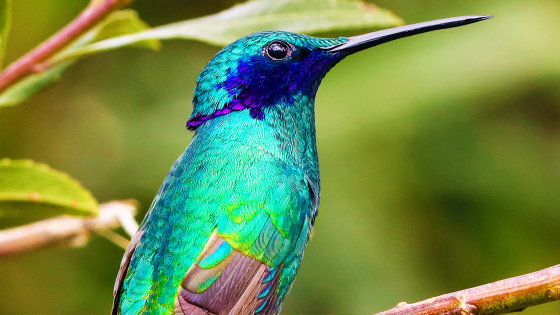 The human eye perceives three light wavelengths, red, green, and blue, and identifies many 'colors' by combining them, but organisms that identify colors that humans cannot perceive in the natural world. Also exists. In a three-year experiment, a surprising new paper has been published that shows that birds can even see 'ultraviolet rays' that humans cannot identify and see a world completely different from humans.

The human eye has three cone cells, a red cone (L cone), a green cone (M cone), and a blue cone (S cone), and each cone perceives a color. We obtain 'color vision' by transmitting information to the brain. One cone cell distinguishes about 100 kinds of colors, and it is said that a total of 1 million colors can be distinguished by the combination of 3 colors.

Unlike humans, reptiles and birds have four different types of cones, and therefore have a different color identification process. Birds are said to be able to detect ultraviolet light with a wavelength of 300 to 330 nanometers, and it has been thought that the combination of 'ultraviolet and red' and 'ultraviolet and green' can be identified, but it should be confirmed by experiments. Was said to be very difficult. Meanwhile, a research team such as Marie Caswell Studdard, an evolutionary biologist at Princeton University, revealed the color vision of birds in a three-year experiment.

A series of randomized experiments showed that hummingbirds could easily identify non-spectral colors. 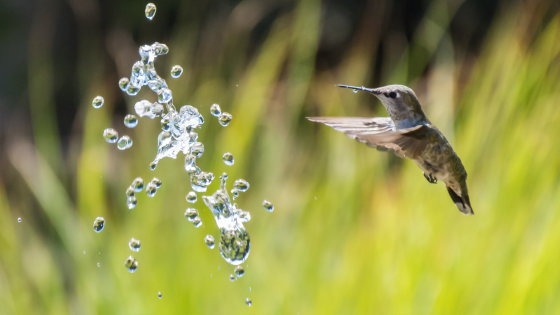 The research team also analyzed 1000 bird feathers and 2400 plants, and announced that one-third of the colors in them could be 'non-spectral'. This means that, in the perception of the world, birds have a completely different perspective from humans. Researchers believe that showing more non-spectral colors to birds will help them to better understand their vision. In addition, by conducting further experiments, I think that it will become clear that 'what kind of colors are non-spectral colors actually?'