What is the 'difference between news selected by humans and algorithms' read in Apple News used by more than 100 million people? 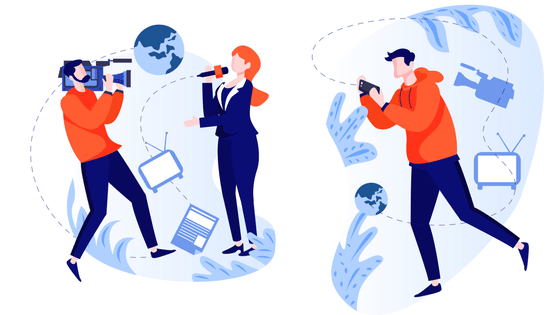 It is said that Microsoft is

trying to dismiss many journalists and replace them with artificial intelligence (AI) in June 2020, and the role of selecting information and transmitting it to the reader is replacing human beings with AI. It is being treated. Meanwhile, Jack Bundy, who studies computer science at Northwestern University, points out the importance of human curation in the case of Apple News .

What We Learned About Editors vs. Algorithms from 4,000 Stories in Apple News
https://medium.com/macoclock/what-we-learned-about-editors-vs-algorithms-from-4-000-stories-in-apple-news-771a429df9f7

Installed on iPhone and other devices, Apple News is a news app that has 125 million monthly active users. In order to find out how such Apple News chooses news to provide to countless users, Mr. Bandy created 'a program to get news from Apple News every 5 minutes' for 2 months Collected and recorded news from Apple News. 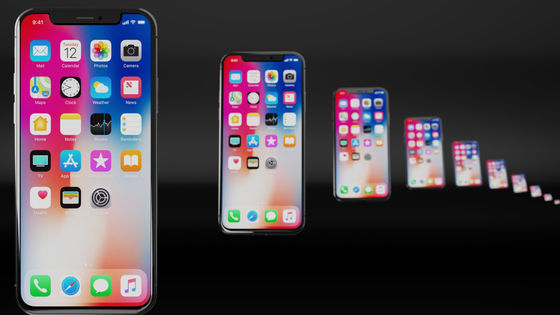 Of the news delivered on Apple News, the 'top story' curated by a human editor was 1268 cases, and the 'trend story' generated by the algorithm was 3144 cases. As a result of analyzing each news, it was found that the news selected by the human editor has the following three characteristics.

study found that 75% of the news selected by human editors on Apple News came from just six news sources. So, based on the data collected by Apple News distributed to the United States, Mr. Bandy investigated whether humans or algorithms chose a more biased news source. 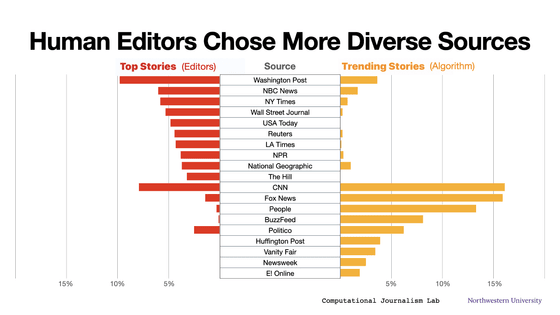 ◆3: Human editors do not often choose 'soft news'
There are two main types of news: 'hard news' related to politics and economy, and 'soft news' related to celebrity scandals and entertainment news. Bundy's analysis of the words in the news headlines found that human editors tended to be less selective about news about the latter.

The chart below shows the news headlines that appear in Apple News broken down by topic. On the left side of the red bar graph showing the chosen human editors news, 'Measles Cases ( 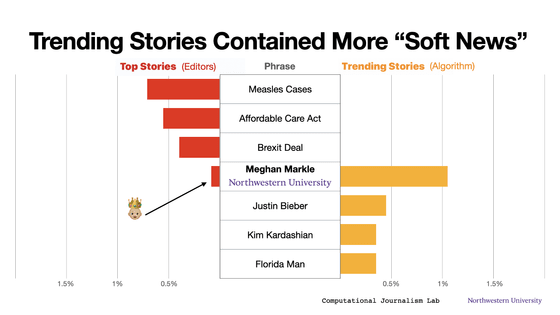 Bundy said of the results of the analysis: 'Editors select articles on important topics from a variety of sources and treat each source equally, while following algorithmic trends, readers say You'll only see the big news outlets with only a few companies and you'll see more soft news.'' 'The result is a sort of trade that exists between human and algorithmic curation. I highlighted the off relationship.'