Even if I wanted to try cooking to save money, improve my skills, and reduce my outings, 'When I look at the recipe, many mysterious seasonings and words come out...' 'I have no idea what to start with...' Many beginners who face problems such as '!' For such people, the editor of the food information website

'Most of the recipes aren't written for beginners. Many recipes are written by cooks who already have the ability to cook to level up and add new repertoires,' said McCarron. Commented. McCarron points out that if you touch a difficult recipe before you understand the right and left, because you put too much emphasis on motivation and perfection for cooking, even simple things seem to be hard and motivated before you start cooking. To do.

'The most important part of learning cooking is to throw away perfectionism and redefine what home cooking is,' said McCarron, 'chicken and vegetables baked in salt and olive oil.' He said that 'rice and eggs' and 'pasta with cheese only' are all great dishes. Mr. McCarron states how beginners should use the recipe and what cooking method to start with.

It is important for beginners to cook according to the recipe. However, if the materials and tools are insufficient, McCarron says there is no problem on the spot, such as not adding the materials forcibly and substituting the tools. If you don't have enough seasoning and ingredients, the taste may drop, but you can make something that can be eaten by preparing the basic ingredients of cooking, such as oil, salt, and a fire. ◆ Time to cook
If the recipe says 'cooking time is 30 minutes', McCarron recommends that beginners assume that it will take 2 to 3 times, or 60 to 90 minutes. It is common for beginners to be unfamiliar with cooking, so it's important to make music slowly without being impatient while playing music and getting help from family and friends.

McCarron also emphasized the importance of 'when not to cook'. Rather than starting with three dishes a day, you can improve your cooking skills by preparing a large amount of one dish and arranging it, or arranging the leftovers. ◆ Vegetables
One dish is to sprinkle salt on the vegetables and bake them in a frying pan with olive oil. If there's an oven, McCarron recommends a

recipe where root vegetables such as potatoes and carrots, asparagus, green beans, onions, tomatoes, and vegetables are sprinkled with salt and olive oil and grilled at about 220°C. Every 15 minutes, measure the baking condition until you can see the burnt part on the edge of the vegetables and the softness can be easily pierced with a fork. McCarron commented that the only important thing is not to put too much material. ◆ Meat
McCarron cites chicken as a meat that is easy for beginners to handle. There is also a method of grilling salted chicken in a pan with butter or oil in a frying pan, but McCarron recommends grilling the meat in the oven. Mr. McCarron's recommended recipe is 'First, soak the chicken drumsticks mixed with oil and lemon juice for 1 hour, season with salt and pepper. In an oven preheated to 190 degrees, put the chicken skin down for 20-25 minutes. Bake it, turn it over, and bake it for another 10 minutes, then spread the sauce mixed with mustard, honey, salt and pepper on the chicken and bake for 5 minutes.' ◆ Egg
A dish is prepared by simply placing the eggs on top of the baked vegetables, adding them to the soup, or placing them on top of the rice. Although bake eggs playing the oil in the frying pan warm is how to make a basic fried egg, playing the oil enough to cover the bottom of a frying pan, to the outside of the egg to the crisp and fried baked 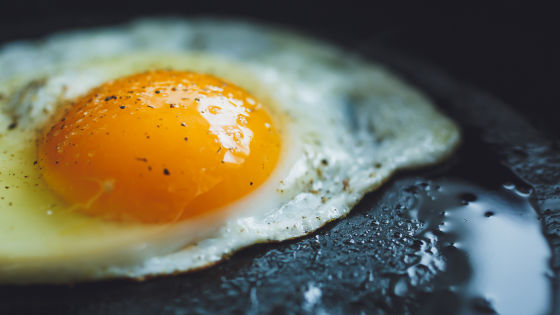 ◆ Pasta
There are so many pasta recipes, but the important thing is how to add the sauce. Boiled to make a retort source warmed in the oven or pan to pasta also are sufficient as cooking, put the pasta boiled to the source warmed in a frying pan in addition one time, entangle the source while stir-fry

method also to the beginner This is a recipe recommended by McCarron. ◆ Cook safely
Before cooking, McCarron recommends reviewing proper hand washing and (PDF file) proper food handling . In addition, it is especially important to handle raw meat that has many dangerous bacteria on its surface. After measuring the seasonings, cutting the vegetables, etc., assemble the cooking procedure so that the last step is to touch the raw meat. It is not recommended to wash raw meat, especially chicken, with water due to the presence of bacteria. You can reduce the risk of food poisoning by immediately washing the cooking utensils and cutting boards that have come into contact with the raw meat.