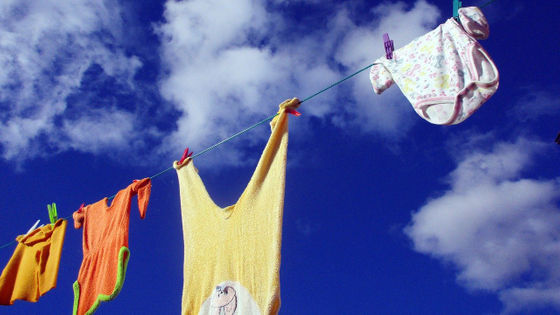 Many people should have had a pleasant scent that could not be heard from a futon that was dried on a sunny day. The mystery of

the smell of carcasses of mite has been whispered whisperingly about the true nature of this odor, but recent research has finally found the true identity.

When Silvia Pugliese, who studies chemistry at the University of Copenhagen, was a child, Pugliese's mother often used it to hang laundry on a rope. Pugliese, who remembers the scent associated with the memories of her home, found the time between her core research and conducted an experiment with researchers at the university to chemically identify the scent.

In the experiment, Ikea's cotton towel was first rinsed with pure water three times, and then rented in the building of the Faculty of Chemistry of the University of Copenhagen, and dried in three places: 'inside', 'under the eaves of the balcony', 'under the direct sunlight on the balcony'. Did. It seems that university officials burst into laughter when they saw Pugliese and others hanging out laundry, but at the same time, many people helped with the research. After the towel had dried, Pugliese put the towel in a bag and sealed it for 15 hours, during which time she analyzed the chemicals released from the towel. Pugliese and colleagues also sampled empty bags, unwashed towels, and air in the dry area, exploring chemicals unique to the clothes they hung.

As a result, from towels dried in direct sunlight,

pentanal , which is contained in spice cardamom, and octanal , which is a source of citrus odor, are added, including aldehydes and ketones , which are organic compounds that cause a pleasant scent. , It was found that nonanal with a scent of roses was released. 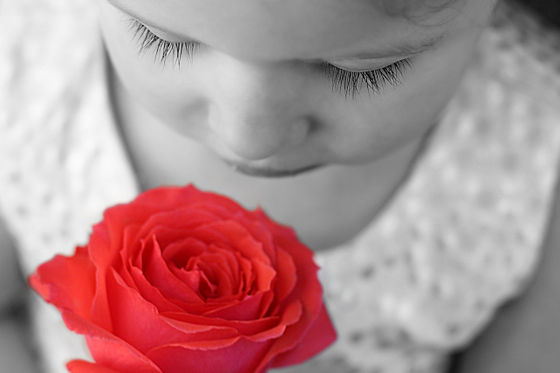 Pugliese said, is was released from the towel that these chemicals are exposed to direct sunlight, atmospheric ozone We believe that gas and the function of sunlight. In particular, when water droplets contained in the fibers of a wet towel act like a magnifying glass to converge the ultraviolet rays in the sunlight, the chemical substances contained in the towel are excited and It is highly likely that the synthesis will be accelerated.

Similar chemical reactions occur everywhere in nature, such as when the sun shines after rain, but it's 'because cotton fibers tend to retain aldehydes' when it's perfumed from a cloth dried in the sun. Pugliese is thinking.

Pugliese and his colleagues, who have identified the nostalgic home scent, are planning to study whether artificial light can cause similar chemical reactions in the future.