pointed out in recent years that 'the blue light emitted from the display of a PC or smartphone will have a bad effect at night.' A research team at the University of Science and Technology of China confirmed that when mice were exposed to light at night, they exhibited depression-like symptoms, and reported that the mechanism was elucidated.

Staring at a phone screen before bed can cause depression | Daily Mail Online
https://www.dailymail.co.uk/sciencetech/article-8377011/Staring-phone-screen-bed-make-depressed.html

Staring at your phone at night could be linked to depression, study finds | The Independent
https://www.independent.co.uk/life-style/gadgets-and-tech/news/phone-night-depression-mental-health-light-a9538801.html

Light is an element that regulates various physiological functions in animals, and it is said that circadian rhythm is formed by light. Therefore, it has been pointed out that if you look at your smartphone in your bed before going to bed, and that you are exposed to strong light at night, the circadian rhythm will be disturbed and your mental health will be adversely affected.

Therefore, a research team at the University of Science and Technology of China conducted an experiment in which a mouse was irradiated with blue light similar to that emitted from a smartphone for 2 hours a day at night. Then, 3 weeks after the start of the experiment, it was said that the behavior showing a depressive tendency was observed in the mouse. 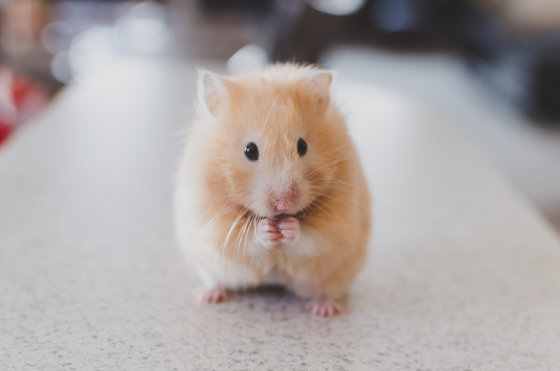 The research team, the mouse

retina are in the ' melanopsin from light receptors called' outside reins nucleus through a brain region called the, before the brain is in the nucleus accumbens has identified the neural pathways leading to the brain area called. The external habenula nucleus is a brain region that produces serotonin and the nucleus accumbens is a neurotransmitter that produces γ-aminobutyric acid (GABA) , which is said to be deeply involved in the onset of depression.

It was found that the neural pathways identified by the research team have a change in the activity intensity depending on the circadian rhythm and that they respond more strongly to the light exposed at night than during the day. Therefore, when the same experiment was performed in which blue light was irradiated after inhibiting the transmission of the nerve pathway of the mouse, the behavior showing a depressive tendency in the mouse disappeared. Based on this, the research team argues that 'a neural pathway that strongly responds to night light was a mechanism that produces a depression tendency in mice.'

In addition, from the results of this research, the research team said, 'It is known that exposure to light in the daytime has antidepressant effect, but if it is exposed to excessive light at night, it may cause depressive symptoms.' 'The effects of light on mice differ significantly between day and night,' he said. In addition, the research team suggested that this mechanism may be the cause of adverse effects on mental health if you continue to work in the bright night at work. However, the research team said, 'The results of this experiment were only shown in the experiment of mice, and it is necessary to be careful to apply it to humans as it is,' and said, 'The same neural pathway and mechanism as those found in mice are the same. Whether or not it exists in human beings is a future research topic.