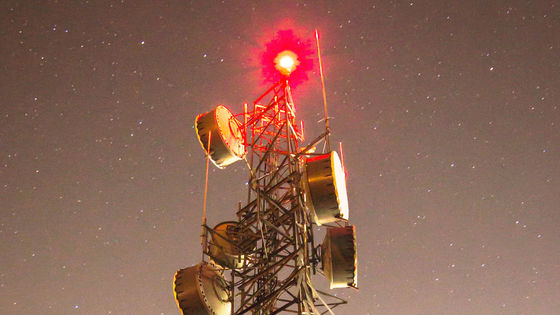 Accidental destruction of radio towers due to arson caused by misinformation that 'new coronavirus infection (COVID-19) is caused by radio tower for 5th generation mobile radio communication system (5G)' in Britain Has occurred. And a warning from the US

Department of Homeland Security has been reported, 'There were arson and physical attacks on 5G radio towers in several countries including the United States.'

You can understand why the hoax that '5G radio tower is spreading COVID-19' has spread by reading the following article.

Why did the hoax that '5G is spreading the new coronavirus' spread so much that 5G radio towers were damaged by arson? -GIGAZINE 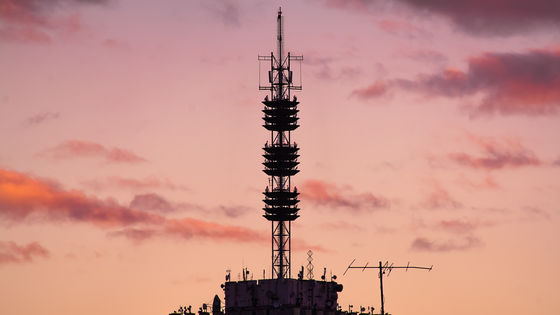 According to ABC News, the Department of Homeland Security said in a joint bulletin distributed to federal officials and law enforcement agencies across the country, 'A conspiracy theory that links the spread of COVID-19 and the expansion of 5G networks attacks communication infrastructure. This threat is likely to increase as the epidemic of COVID-19 expands, ”and warned everyone.

The Department of Homeland Security also reported that 'violent militants are arsoning and physically attacking base stations in several US states.' `` Since December 2019, there have been at least five arson attacks targeting radio towers in Memphis, Tennessee, due to unidentified criminals, exposing $ 100,000 in damage. '14 radio towers in western Tennessee had their breakers deliberately dropped from February to April.' In April 2020, an arsonist was a major radio tower in Portland, Oregon. It ignited fire and damaged electrical components, 'he said, revealing that attacks on 5G radio towers have begun in the United States.

According to the joint information bulletin, SNS also posted a video containing the appearance of arson to the 5G tower, and it also specifies how to destroy the tower. In addition, documents received by ABC News also reported attacks on 5G radio towers in Australia, the Netherlands, and New Zealand as well, and in the UK there were assaults on workers involved in 5G communication, according to the country. The Department of Security reports. The hoax-triggered incident is a frenzy centered around the Internet, and some might think that it is meaningless to most people. However, in the United States, there was also a case where the pizzeria was shot at the time of the presidential election in 2016 based on the hoax that the Democratic Party is trafficking and child abuse based in the pizzeria, which is a silly hoax. But ABC News points out that it can still lead to a major incident.