We announced a large-scale submarine cable laying plan that can cover Facebook and the Internet of Africa for about 37,000 km. The Internet is used as a matter of course in many developed countries, but there are many countries in the world where the Internet environment is not yet sufficient, and there are countries in which the 'human power Internet' using USB memory is widespread.

Facebook has been developing the Wi-Fi drone 'Aquila' for many years, which provides a network from the air by continuing to fly in the stratosphere using solar power in order to provide internet access to areas where it is not possible to connect to the Internet. However, Aquila faces many challenges and has stopped development in 2018. 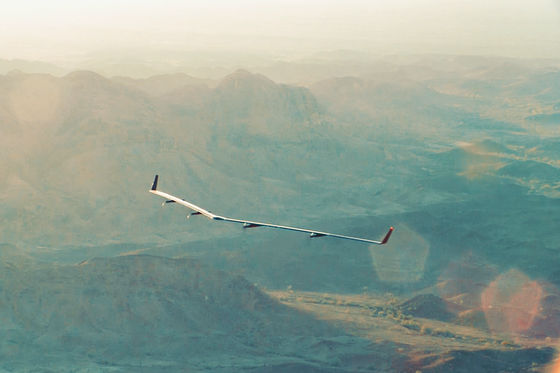 However, Facebook's attempt to 'provide the Internet to the world without the Internet' is not over. It was

reported that a new drone flight experiment was started in 2019, and on May 13, 2020, Facebook will newly build a large undersea cable to improve Internet connection in Africa I announced that I started.

The African continent is one of the world's least connected places in the world, and it is estimated that one-quarter of the 1.3 billion population has internet access. The world's largest submarine cable project '2 Africa' started by Facebook is to interconnect 23 countries in Africa, Europe and the Middle East, and the total length of the cable is about 37,000 km. Its capacity will be three times the total network of submarine cables used in Africa as of May 2020, and after completion it will provide the necessary Internet capacity, redundancy and reliability throughout Africa. In addition, it complements the rapidly growing capacity demand in the Middle East. Submarine cables will be built by the Alcatel submarine network owned by Nokia, but the amount of money Facebook has invested in Alcatel has not been disclosed. In order to increase the network capacity, the cable will use aluminum conductor fiber instead of copper.

Facebook said, “2Africa is part of a plan we continue to work on to expand the world's network infrastructure. We are building a submarine fiber optic cable that will lead the industry in terms of size, capacity and flexibility. We're working with partners around the world to build it. '