Tesla ignores the closing order and restarts the factory, 'only me if arrested' Musk CEO Tesla, who had been ordered by the authorities to shut down the factory after the epidemic of the new coronavirus infection (COVID-19), secretly reopened the factory despite the fact that the order was not lifted. It was

Tesla is headquartered in California, but in response to the COVID-19 epidemic, health authorities in Alameda County, California, issued a shelter-in-place order prohibiting unnecessarily expedited travel, resulting in a free Alameda county. Tesla's car factory in Mont has been temporarily closed. Tesla CEO Elon Musk has accused the health authorities of the decision, and it was reported on May 10 that Tesla sued Alameda County to nullify an order that would prevent the plant from reopening. On the same day, Musk also said on Twitter that 'Headquarters will be relocated from California.' 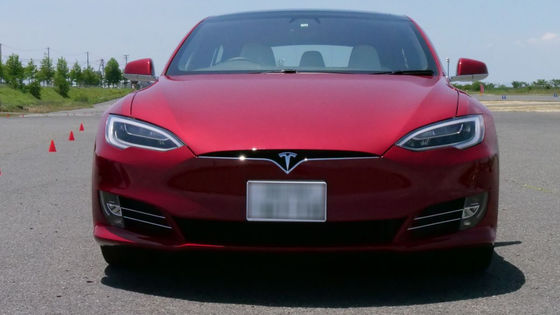 And on May 11, it's been reported that Tesla has resumed car manufacturing at the plant, even though the authorities have not lifted the order. According to information that the overseas news site The Verge got from Tesla's employees on condition of anonymity, when Musk CEO mentions 'relocation of headquarters' on Twitter, the employees have already returned to the Tesla factory, He said he had completed 200 Model Y and Model 3.

Business Insider also Tesla that had contact with the 'so as to return to the factory' in the May 11 date for the employee has reported , a few hours after the Business Insider article was published the mask CEO on Twitter 'Tesla has restarted production in violation of Alameda County rules. I would be in jeopardy with everyone. If anyone gets arrested, just me,' he posted.

Tesla is restarting production today against Alameda County rules.I will be on the line with everyone else.If anyone is arrested, I ask that it only be me.

After the article was published, health officials in Alameda County said they were 'waiting for Tesla's approval of a plan for how to reopen the plant.' We were told to keep it to a minimum until it was approved. '

As of May 9, Alameda County said, 'We have been in direct contact and are working closely with the Tesla team,' and announced that Tesla is committed to developing and implementing a safety plan. At the same time, however, it was also revealed that there was no agreement between the authorities and Tesla at this time. 'Health officials and Tesla are heading to an agreement to reopen the plant on May 18,' said Scott Hagerty, director of Alameda County.

In addition, Tesla is proposing to use paid leave for employees during the factory closure, but since the employee who provided information to The Verge is an hourly worker, the factory is closed No salary will be charged during the period. There are also employees who have no choice but to go to the factory in order to 'make money for their family's meals.'